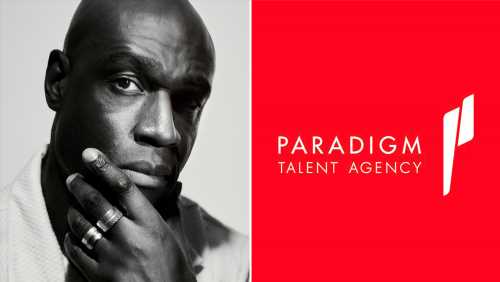 EXCLUSIVE: Steve Toussaint, best known for his role as Lord Corlys Velaryon on HBO’s House of the Dragon, has signed with Paradigm.

Before playing The Sea Snake on the Game of Thrones prequel, the British actor also appeared in Small Axe, Steve McQueen’s award-winning series for BBC/Amazon, and It’s a Sin, a miniseries for HBO Max. Other television credits include The Knock, a revival of the classic UK series, as well as Silent Witness, Line of Duty, Waking The Dead, Fortitude, Berlin Station, and Spooks.

Toussaint also wrote and starred in the short film A Viable Candidate. His additional film credits include Prince of Persia and Beyond The Gates.

In theater, Toussaint recently performed in A Dolls House at the Young Vic which transferred to London’s West End. Other stage credits include Fix Up at the National Theatre, and Macbeth and Merchant of Venice, both for the Royal Shakespeare Company.