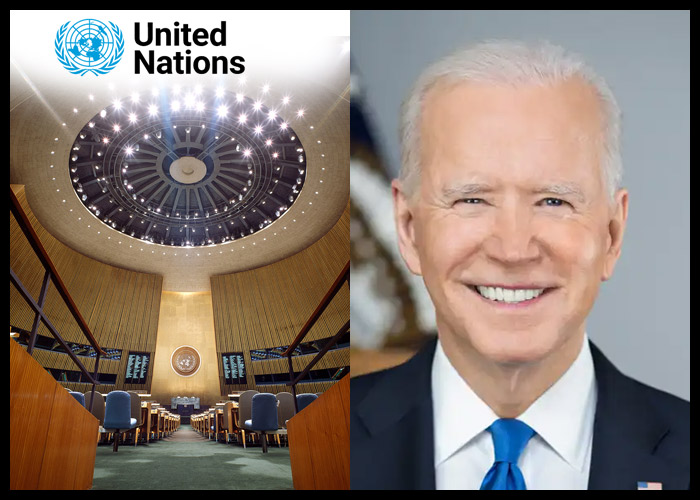 U.S. President Joe Biden and his Ukrainian counterpart Volodymyr Zelensky are expected to address the 77th session of the UN General Assembly on Wednesday.

The Russian invasion of Ukraine will be the focus of the 2022 General Assembly, which convenes in person for the first time in three years after the last two sessions were held online due to the pandemic.

Notably, neither Chinese President Xi nor Russian President Vladimir Putin are showing up for this global gathering.

Biden has arrived in New York, where a hectic schedule is awaiting him.

Biden will deliver his speech before the U.N. General Assembly at 10:35 AM ET. This is the traditional speech the U.S. President makes annually, in which he will describe his vision for American foreign policy and principled leadership in the world.

“He’ll offer a firm rebuke of Russia’s unjust war in Ukraine and make a call to the world to continue to stand against the naked aggression that we’ve seen these past several months,” National Security Adviser Jake Sullivan said ahead of the General Assembly.

At the press conference, he announced that the President is endorsing Doreen Bogdan-Martin for the next Secretary-General of the International Telecommunications Union.

It will be his first bilateral meeting with Truss.

At 7 PM ET, The President and First Lady Jill Biden will host a Leader’s Reception at the American Museum of Natural History in New York.