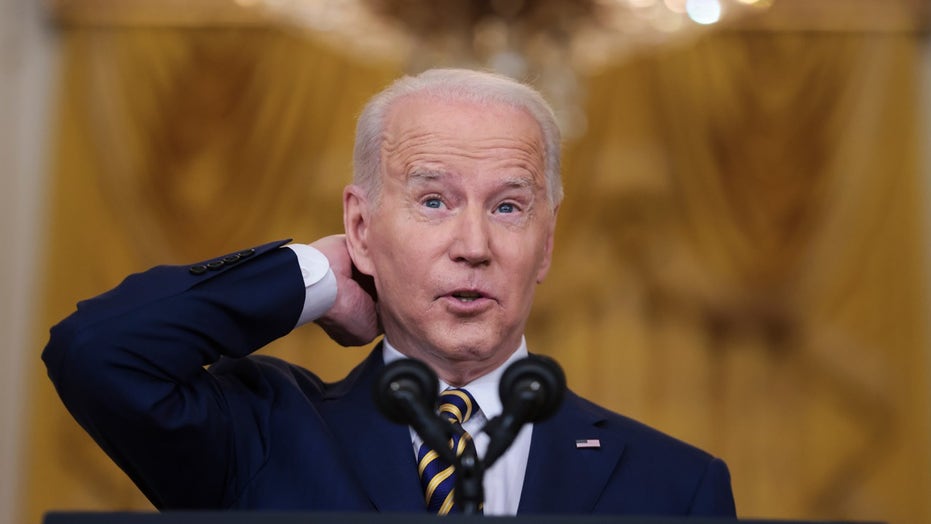 The president had fewer press conferences than his predecessor during his first year, and frequently implied he would be ‘in trouble’ with his staff.

In President Biden’s first year in office, he held fewer press conferences than any of his four predecessors, frequently joking that he wasn’t allowed to take questions, and drawing criticism from both Republicans and Democrats.

In his first year in office, Biden held just 10 press conferences – two of them true solo formal ones – compared to Trump’s 22, Obama’s 27, and Bush’s 19, according to the University of California Santa Barbara.

Former President Trump also dwarfed Biden in the number of solo sit-down interviews with the media, conducting 54, compared to Biden’s 16.

On multiple occasions, after giving remarks about critical topics, Biden would turn his back on a press corps shouting questions in his direction, earning him the nickname “Walkaway Joe,” and leading one CBS News reporter to plead with Biden “When will you take our questions?”

During a press conference following the attack on U.S. troops in Kabul, Afghanistan, Biden said he was “instructed” to call on reporters from a pre-approved list. “Ladies and gentlemen, they gave me a list here. The first person I was instructed to call on was Kelly O’Donnell from NBC.”

Again during a press conference following the G20 summit, Biden opened the floor to questions saying, “And now I’m happy to take some questions. And I’m told I should start with AP, Zeke Miller.”

Biden also frequently sparred with members of the press, at one point calling O’Donnell a “pain in the neck,” and telling another they were in the “wrong business.”

At a press conference on Wednesday, he snapped at a reporter, who questioned the president about his comments comparing those who opposed his voting reform agenda to segregationists.

“That’s an interesting reading of English,” the president snapped. “Yeah, I assume you got into journalism because you like to write.”

At a press conference in Geneva following his summit with Russian President Vladimir Putin, Biden lashed out at CNN’s Kaitlan Collins after she questioned him following their meeting. Biden angrily thought Collins was putting words in his mouth when she suggested he was confident Putin would change his malign behavior.

“What the hell, what do you do all the time?” Biden said, later adding, “If you don’t understand that, you’re in the wrong business.”

When he was getting along with the media, the president had a penchant for telling jokes that some believed were in poor taste. 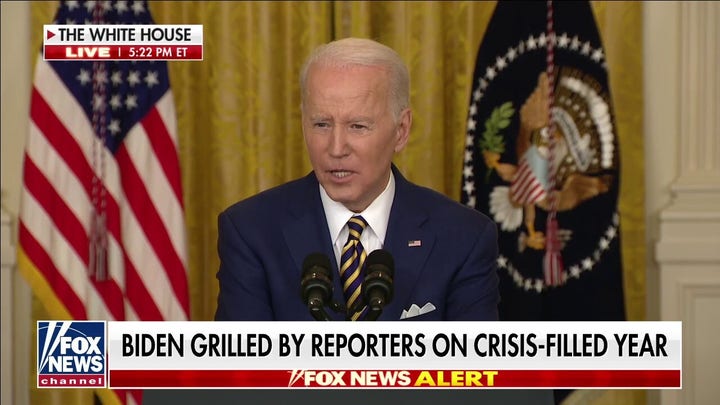 While test-driving an electric truck during his visit to a Ford plant in Michigan, a member of the press attempted to ask about the ongoing crisis in the Middle East.

“Mr. President, can I ask you a quick question on Israel before you drive away since it’s so important?” the reporter asked.

“No, you can’t,” Biden responded. “Not unless you get in front of the car as I step on it.”