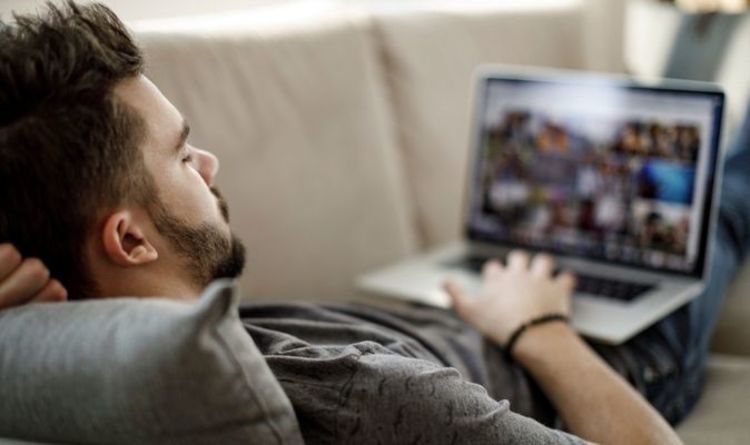 Data from Digital TV has shown that Britons spend £5.5billion per year overall on streaming subscriptions. The television package provider highlighted that Netflix currently remains the popular service in the country with 27 million subscribers. Followed closely behind the streaming giant was Amazon Prime and BBC iPlayer as the number two and three biggest streamers.

Digital TV reports that around 15 million people across the country use an on-demand streaming service each day.

However, a staggering 2.5 million Britons do not use the streaming services they are paying money towards at all, or only once a month.

Some 65 percent of subscribers consider streaming and other on-demand services to provide decent value for money.

In a breakdown of all the major streaming services, Digital TV determined that BritBox, the BBC and ITV joint streamer was the best value for customers, with viewers spending an average of 33p per hour of content watched.

Amazon Prime (£5.99 per month) and Netflix (£9.99 per month) were the second and third most valued streaming services by the UK public, with consumers watching 34p and 37p per hour, respectively.

Hollie Croft, a streaming expert for Digital TV, emphasised the monthly subscription model of this new way of television allows consumers to decide easier if the services are worth their time and cash.

Ms Croft said: “Streaming and on-demand TV has changed the way we watch our favourite shows and movies, with millions of us using one every single day.

“With so much choice now available, people are having to subscribe to multiple services to keep up to date with their favourite shows and movies, even if they aren’t using their subscription.

“The good news is that all of these services offer monthly rolling contracts, which allow you to turn off and on your subscription without penalty, whenever you wish.

“So, if you find you are no longer using a particular service, you can switch it off, until you decide to watch it again.”

The television expert noted the introduction of new streaming services into the market, such as Peacock, will be telling as to whether households will be able to afford paying for multiple streaming outlets at once.

Peacock is the latest major streamer to arrive in the UK from NBC Universal, which will be host to classic shows such as The Office and 30 Rock.

It is part of the wider entertainment package available to Sky and Now TV customers. Being a Sky member is £26 per month, while Now TV is £9.99.

However, Ms Croft warned time will tell whether UK consumers will consider this latest venture a deal worth paying for.

She added: “Like many recent entrants into the market, Peacock brings with it a back catalogue of household names and binge worthy TV series, which is an important factor in attracting viewers, however, value for money is always going to be important for any new subscriber.

“Giving exclusive and free access to Sky and Now customers is an interesting tactic, as it could generate a real fear of missing out for those without a subscription.

‘It is also a clever move as NBC Universal will be able to gauge demand before deciding whether or not to roll out the service to a broader UK audience.

“However, the proof really is in the pudding, and until that first must-not miss show drops, we won’t know just how willing people are to take out a Peacock subscription.”