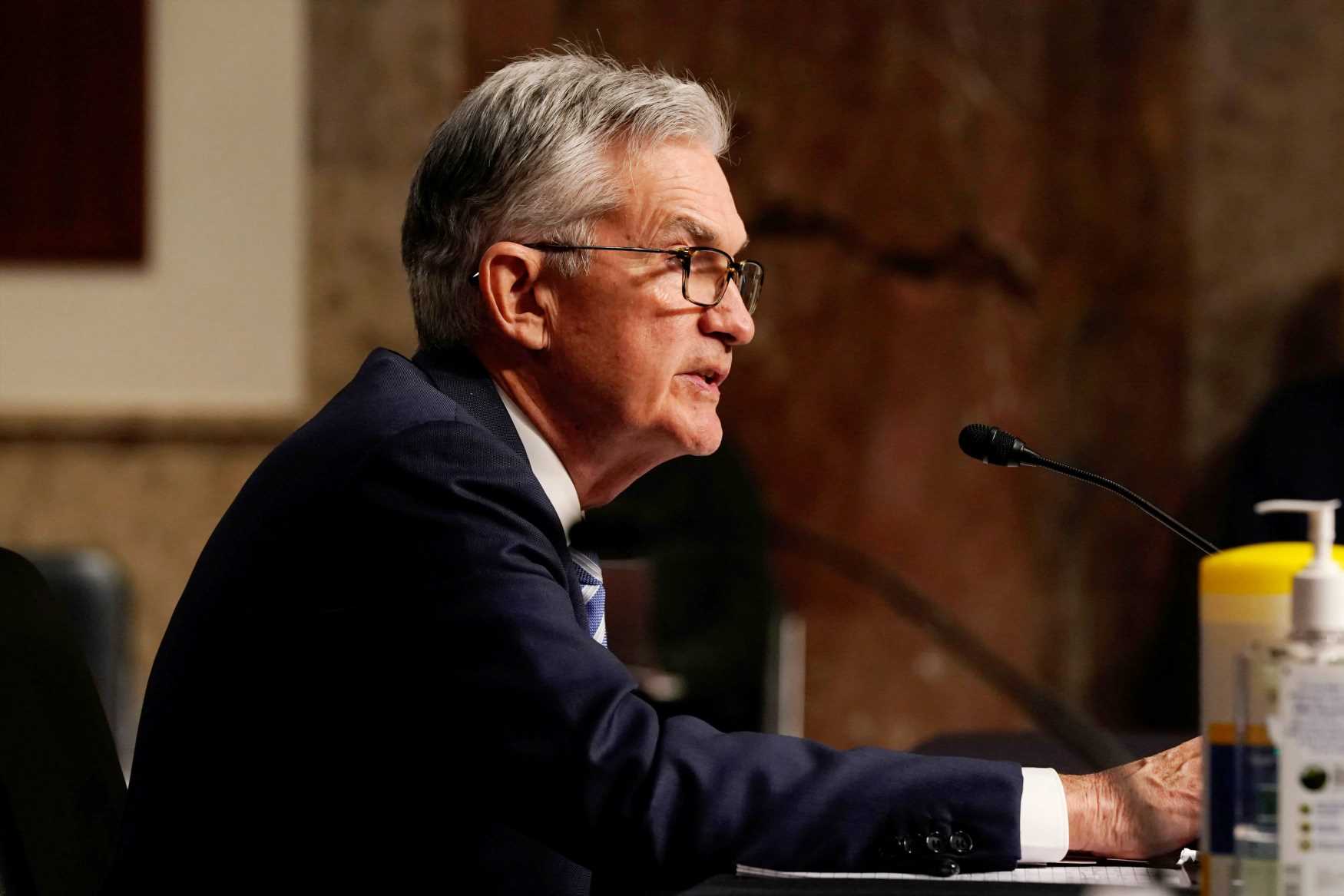 Federal Reserve Chairman Jerome Powell indicated Tuesday that the central bank could step up the removal of its efforts to boost the economy as it battles escalating inflation pressures.

In an appearance before a Senate committee, the Fed chief said he thinks reducing the pace of monthly bond buys can move more quickly than the $15 billion a month schedule announced earlier this month.

Powell said he expects the issue to be discussed at the December meeting.

"At this point, the economy is very strong and inflationary pressures are higher, and it is therefore appropriate in my view to consider wrapping up the taper of our asset purchases, which we actutally announced at the November meeting, perhaps a few months sooner," he said. "I expect that we will discuss that at our upcoming meeting."

The initial tapering schedule would have seen bond purchases wrap up around June; if the committee chooses to accelerate, that could mean a close earlier in the spring, giving the Fed leeway to raise interest rates anytime thereafter.

Stocks fell following Powell's comments, while government bond yields rose. The comments added worry to a market already skittish over the emergent omicron strain of Covid, though early indications are that the variant is milder than previous versions.

The Federal Open Market Committee, which sets monetary policy including interest rates and the Fed's efforts to boost activity through bond purchases, said following its November meeting that the pace would be cut by $15 billion a month — $10 billion in Treasurys and $5 billion in mortgage-backed securities.

However, the post-meeting statement indicated that would be the case for November and December but noted it "is prepared to adjust the pace of purchases if warranted by changes in the economic outlook."

Minutes from the meeting indicated that committee members were prepared not only to cut the asset purchases but also to start raising interest rates if inflation persists.

The Fed had been buying at least $120 billion a month, a figure that included $80 billion in Treasurys and $40 billion in MBS.

Powell said the bond-buying, which has added $4.5 trillion to the Fed's $8.73 trillion balance sheet, has been "supporting economic activity." However, he said the economy's progress has taken the urgency out of the program, often referred to as quantitative easing.

"The need for that has clearly diminished as the economy has continued to strengthen, as we've seen continued significant inflationary pressures, and that's why we announced that we would taper, and it's why we're now saying we're going to discuss a somewhat faster taper at our next meeting," he said.

Powell has stressed that the tapering should not be seen as an indication that rate increases are looming.

Markets are currently pricing in at least two quarter-percentage-point hikes in 2022 and possibly a third by December, while the September projections from Fed officials pointed to a less aggressive timetable. Those projections also will be updated in December.

'A good time to retire' transitory

Since the November FOMC meeting, additional data points have show inflation running at its highest pace in more than 30 years.

During Tuesday's hearing before the Senate Banking, Housing and Urban Affairs Committee, Powell faced multiple questions about inflation and what policy adjustments the Fed was considering to deal with the issue.

Fed officials long have maintained that inflation is "transitory," a word Powell defines as not leaving a lasting mark on the economy. The word appeared in the post-meeting statement, though the chairman said it's probably not useful anymore.

"The word transitory has different meanings for different people. To many it carries a sense of short-lived. We tend to use it to mean that it won't leave a permanent mark in the form of higher inflation," Powell said. "I think it's probably a good time to retire that word and try to explain more clearly what we mean."

Powell vowed that the Fed would be vigilant in controlling inflation.

"You've seen our policy adapt and you'll see it continue to adapt. We'll use our tools to make sure that higher inflation does not become entrenched," he said.