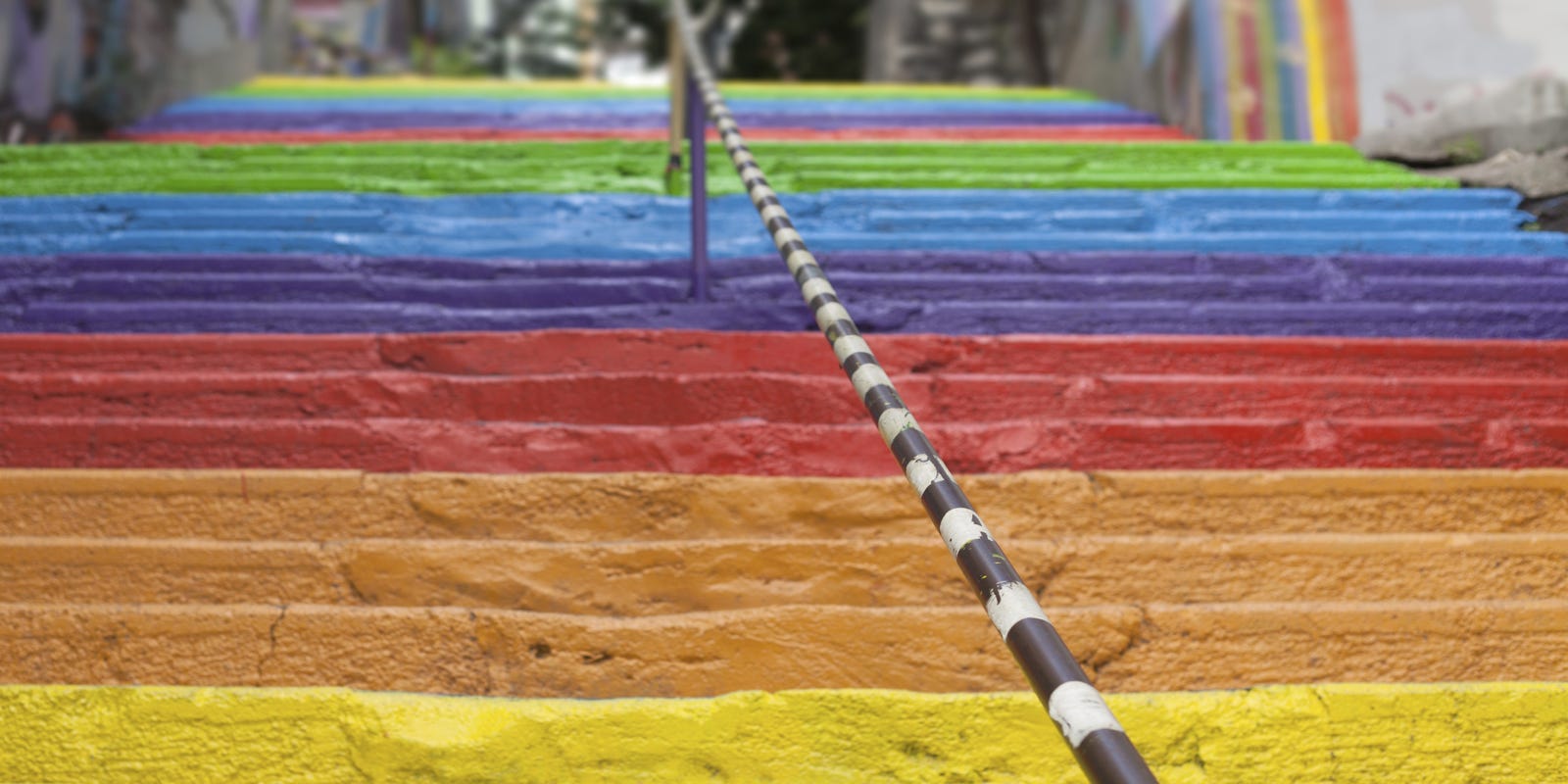 An altered image of a rainbow-painted, spike-covered underpass is raising some eyebrows on social media. Viewers are interpreting the image as a visual representation of hypocritical Democratic policies. But, the image is not real.

“What if we kissed….. at the pride themed anti-homeless spike covered underpass,” it reads.

The image was first shared as a tweet and has since spread across social platforms as a screenshot. The Twitter user confirmed to USA TODAY that he altered the image and shared it as a joke. The original image was taken in China and the spikes were not rainbow-painted.

A Facebook page that shared the image confirmed to USA TODAY in a message that it was intended satirically.

Comedian Hunter Penn posted the image to Twitter on April 5. Penn’s Twitter bio explains that he is a creator of the parody and satire account MSDNC News.

“The post was intended to be satire, poking fun at ‘rainbow capitalism’ and the frequent use of identity politics by liberals trying to appear woke but do nothing to actually solve the underlying issue ie how the [city] councils of Seattle, Portland etc enact tons of meaningless virtue signaling but never have actually addressed homelessness which disproportionately affects LGBTQ youth,” he wrote. “Just to be clear I am on the left but am mocking performative gestures by wealthy Dems.”

Fact check:The deadline to file 2020 federal taxes was extended to May 17

Some Twitter users criticized Penn for altering the image to slam Democrats while others jumped on board.

Underpass was not pained in original image

The unaltered image shows the underpass was concrete and not painted rainbow colors.

The Guardian featured the photo in a 2015 article about ‘”defensive architecture,” which describes architectural features sometimes used to prevent homeless individuals from sleeping in public places.  Pacific Standard Magazine used the same photo in another 2015 article.

None of these images show rainbow paint.

Photo was taken in Guangzhou, China

Photo credits for the original image belong to the Chinese photo agency Imaginechina. According to the photo description, it was taken in Guangzhou in the Guangdong providence of China.

Guangzhou city leaders came under scrutiny in 2012 after social media users shared images of concrete spikes in areas frequented by homeless people. More images of the spikes can be seen in this 2012 Daily Mail article.

We rate a photo of a pride-themed, spike-covered underpass SATIRE since it was altered by a comedian who confirmed the images’ satirical intent. The original image was taken in Guangzhou, China, several years ago and shows the underpass was not painted.