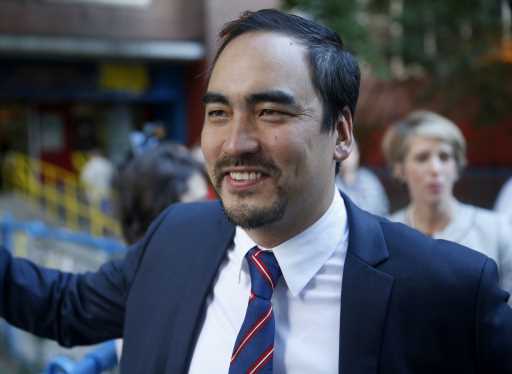 Tim Wu, a professor and lawyer known for coining the term “net neutrality” and for writing authoritative media books like The Master Switch, has been named to a White House post.

He will serve on President Joe Biden’s National Economic Council, leaving his post at Columbia University to become special assistant to the president for technology and competition policy. The position will not give him the authority other administration officials have in terms of antitrust matters and related issues but it will offer a larger, formal platform for positions he has taken over the years.

There has been bipartisan support in recent years for bringing down the regulatory hammer on big tech. Federal lawsuits pending against Facebook and Google are expected to gear up under Biden. Even the executives leading the companies have recognized publicly that regulation should play a more prominent role in shaping the companies. Biden’s exact plan for how to do that is not yet fully clear, and as a candidate he was not as outspoken on the issue as Democratic rivals like Sens. Elizabeth Warren or Bernie Sanders.

A contributor to the New York Times opinion pages, Wu has frequently argued that tech companies are choking competition and harming customers with data collection and other activities. He is credited with coining the term “net neutrality,” a set of laws that govern how the internet is managed and allow providers to “gate” certain “lanes” of internet traffic. Net neutrality, repealed during the Donald Trump administration, is supported by content suppliers like Netflix, who say it keeps gatekeepers from “throttling” their streaming service. Major broadband suppliers like Comcast take the opposing view.

Wu has worked at the Federal Trade Commission, for the New York Attorney General, as a fellow at Google, and for telecom firm Riverstone Networks. Along with The Master Switch, about cycles of communication innovation over the past century, Wu wrote the book The Attention Merchants, which focuses on advertising through the digital age.