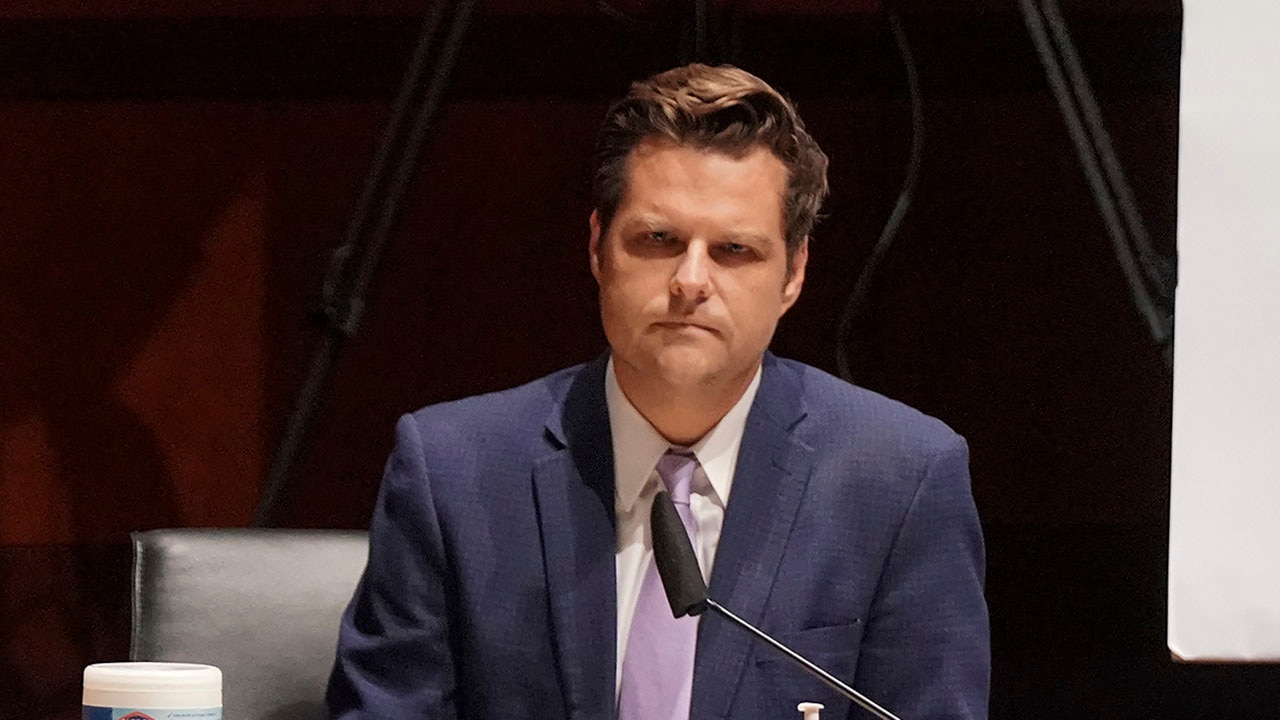 One of former President Trump’s top supporters in the House of Representatives is targeting one of Trump’s biggest House GOP critics.

GOP Rep. Matt Gaetz of Florida is heading to House Republican Conference Chair Liz Cheney’s home state of Wyoming on Thursday, where he’ll hold an event outside the state capitol in Cheyenne.

Cheney, the number three House Republican in leadership, has been pilloried by some of her GOP colleagues in the chamber for voting to impeach Trump earlier this month. Cheney, a vocal Republican critic of Trump’s foreign policy during his tenure in the White House and the daughter of former Vice President Dick Cheney, was the most high profile of the 10 Republicans who joined all 222 House Democrats in voting to impeach the president. The vast majority of House Republicans – 197 of the 211 in the chamber, voted against impeachment.

Taking to Twitter over the weekend, Gaetz denied that he was seeking Cheney’s leadership position.

“I do not want her job. I unequivocally am not seeking a position in House Leadership. I also know Wyoming can do better,” he tweeted.

The event caught the eye of the former president’s son – Donald Trump Jr. – who tweeted “Can’t join in person, but can I Skype in or call?”

And Sergio Gor, a top adviser on Trump’s unsuccessful 2020 re-election campaign who previously worked for Kentucky GOP Sen. Rand Paul, tweeted that Gaetz was heading to Wyoming “to highlight the failed policies advocated by @Liz_Cheney! Her impeachment vote should disqualify her from representing Wyoming & @HouseGOP!”

Gaetz, a former Florida state lawmaker from the state’s panhandle region who was first elected to Congress in 2016, has been taking aim at Cheney since her impeachment vote.

CHENEY ON CALLS TO STEP DOWN AFTER IMPEACHMENT VOTE: I’M ‘CONFIDENT’ GOP WILL BE UNITED AGAINST BIDEN

“By embracing the language and the arguments of the radical left instead of the America First movement, Liz Cheney is spitting into the eyes of tens of millions of Americans,” Gaetz charged last week as he tweeted out a video clip of his interview on Fox Business’ “Lou Dobbs Tonight.”

More than half of House Republican members are backing an effort to remove Cheney from her leadership role.

House GOP Leader Kevin McCarthy has given tepid support to Cheney, telling reporters late last week that he didn’t support her removal from her leadership position.

But in an interview this weekend on “Full Court Press with Greta Van Susteren,” McCarthy said “look, I support her, but I also have concerns. She took a position as a number three member in the conference, she never told me ahead of time.”

Cheney has pushed back from the criticism, saying that “I’m not going anywhere. This is a vote of conscience,” she told Politico a week and a half ago. “It’s one where there are different views in our conference. But our nation is facing an unprecedented, since the Civil War, constitutional crisis.”

A Cheney spokesperson – taking aim at Gaetz – on Monday told Fox News that “Rep. Gaetz can leave his beauty bag at home. In Wyoming, the men don’t wear make up.”

The congresswoman is already facing at least one primary challenge in Wyoming. Last week Wyoming state Sen. Anthony Bouchard announced that he would challenge Cheney for Wyoming’s sole House seat. He said that his campaign was triggered by Cheney’s “long-time opposition to President Trump and her most recent vote for Impeachment.”

Bouchard touted on Saturday that “we’ve now raised over $63,000 in the fight to beat Liz Cheney.”