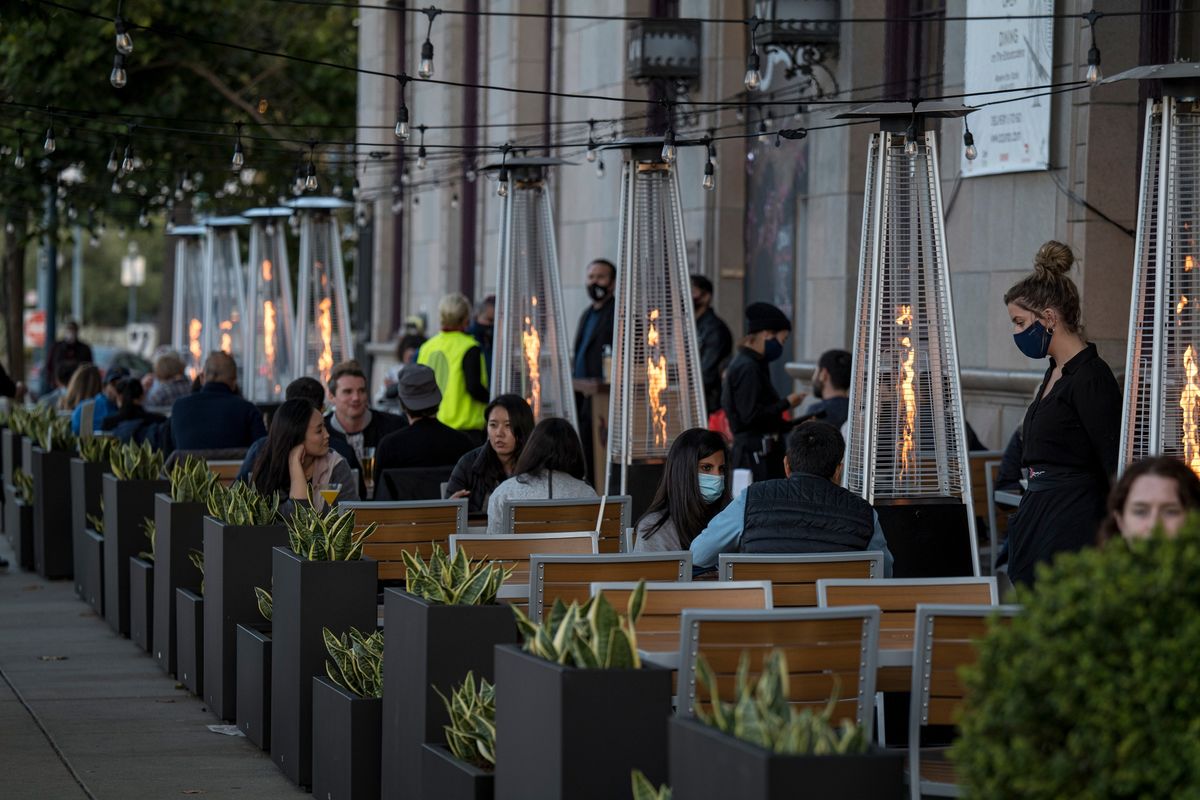 California lifted its regional stay-at-home orders, allowing businesses such as outdoor dining to open, as its coronavirus cases slow after an unprecedented surge that strained the state’s health-care system.

With hospitalizations easing, the four-week projections for intensive-care capacity are above a 15% threshold that triggered the orders, according to a statement Monday by the California Department of Public Health. The San Francisco Bay area, San Joaquin Valley and Southern California had been under the restrictions for more than a month.

“California is slowly starting to emerge from the most dangerous surge of this pandemic yet, which is the light at the end of the tunnel we’ve been hoping for,” Mark Ghaly, California’s health and human services secretary, said in a statement.

The most-populous state has been gripped by a virus surge that saw confirmed cases soar from 1 million in mid-November to more than 3.1 million as of yesterday. The outbreak overwhelmed hospitals in areas such as Los Angeles County, where intensive-care units were filled and deaths jumped to hundreds per day.

The trends have improved over the past few weeks, and a feared spike in cases after Christmas and New Year’s wasn’t as bad as expected, Ghaly said at a briefing last week. Hospitalizations statewide have fallen 18% from a Jan. 6 peak, according to health-department data.

Governor Gavin Newsom has been under pressure to reopen businesses, and some areas have been openly flouting rules. The state has also taken criticism for keeping indoor areas like malls open while outdoor activities viewed as less risky were prohibited.

California is now back to its four-tiered reopening system for counties, with most areas remaining in the purple tier with the tightest restrictions. Still, lifting the stay-home order will allow businesses such as outdoor dining and personal-care services to resume, subject to local rules.

Even as trends are improving, California still has had an average of more than 31,000 cases a day over the past two weeks. On Jan. 21, it had a record 764 daily deaths.