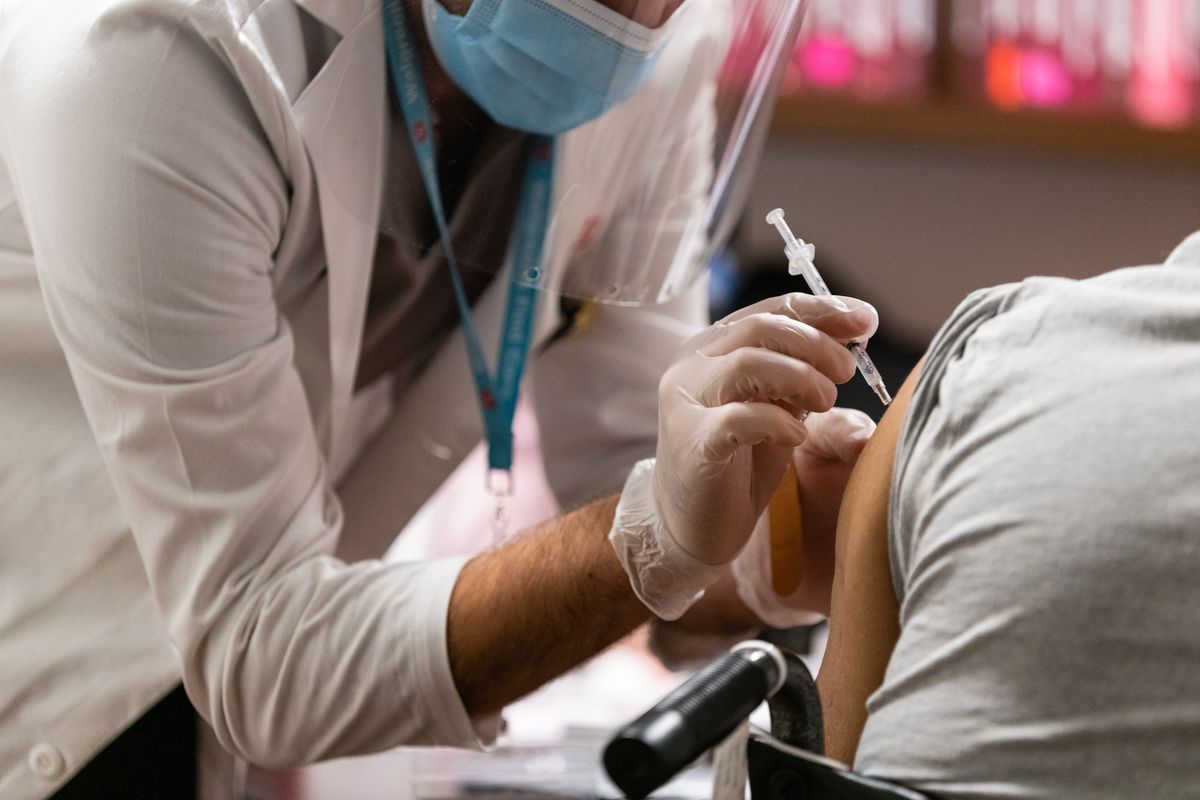 Rigid adherence to federal vaccination guidelines has put some states behind in getting shots administered to the public, Operation Warp Speed officials said Tuesday as they sought to counter criticism for the faltering Covid immunization campaign.

Federal officials are pushing states to expand the shots’ availability to anyone 65 and older, regardless of underlying conditions that might put them at greater risk of severe disease, and anyone 65 or younger with such a condition. The officials said states also should widen vaccine distribution sites to include pharmacies, clinics and other providers.

“It’s simply much easier to manage allocating vaccines and appointments to everyone 65 and over rather than narrow or more complex categories and it enables states to use much more diverse administration channels,” Health and Human Services Secretary Alex Azar said at a briefing Tuesday.

Azar renewed his criticism of states for being overly specific in vaccination priorities, saying those lists have slowed the campaign to get shots into arms.

The U.S. government also will release second doses of the vaccines it had been holding back to ensure people could receive the full course, indicating confidence that drugmakers can manufacture enough shots to meet demand.

Operation Warp Speed, the Trump administration’s vaccine-development and distribution initiative, had been holding back some doses of the two-shot vaccines in a bid to ensure that those who have received one can get their second. President-elect Joe Biden’s office last week said it wouldn’t continue to reserve doses for second shots in response to the slower-than-anticipated vaccination rollout in the U.S.

Azar said officials have more confidence in vaccine-manufacturing processes, making them comfortable to start releasing all available doses rather than hanging onto them.

The tally of doses administered in the U.S. has been picking up, rising by 1.25 million Monday, a record daily gain, to 9.27 million, according to Bloomberg’s vaccine tracker. About 25 million first doses have been made available to states, more than the number of estimated health-care workers and long-term care residents eligible to receive the earliest shots, Azar said.

A post-holiday surge in coronavirus cases across the country is bringing added urgency to the vaccination campaign, Centers for Disease Control and Prevention Director Robert Redfield said in the briefing. Most transmission in the U.S. is occurring among households, Redfield said.

“It’s going to be a difficult January and probably February, but with a vaccine and the new therapeutics we have, there’s really strong light at the end of that tunnel as we enter March,” he said. “We really need to commit right now to get as many Americans vaccinated as we can that are particularly the most vulnerable and at risk for hospitalization.”

Operation Warp Speed plans to start allocating doses to states based on their vaccination rates, in a change from its current policy of distributing shots based on states’ populations, Azar said. The new policy would take effect in two weeks so states have time to prepare, he said, adding that some of the apparent slowness could stem from data reporting issues.

That timeline would mean the new policy would begin once the Biden administration takes over. Azar, a Trump appointee, said Operation Warp Speed made the change without consulting the incoming team.

“This is the approach that we believe best fulfills the mission and the current situation that we are facing,” Azar said.