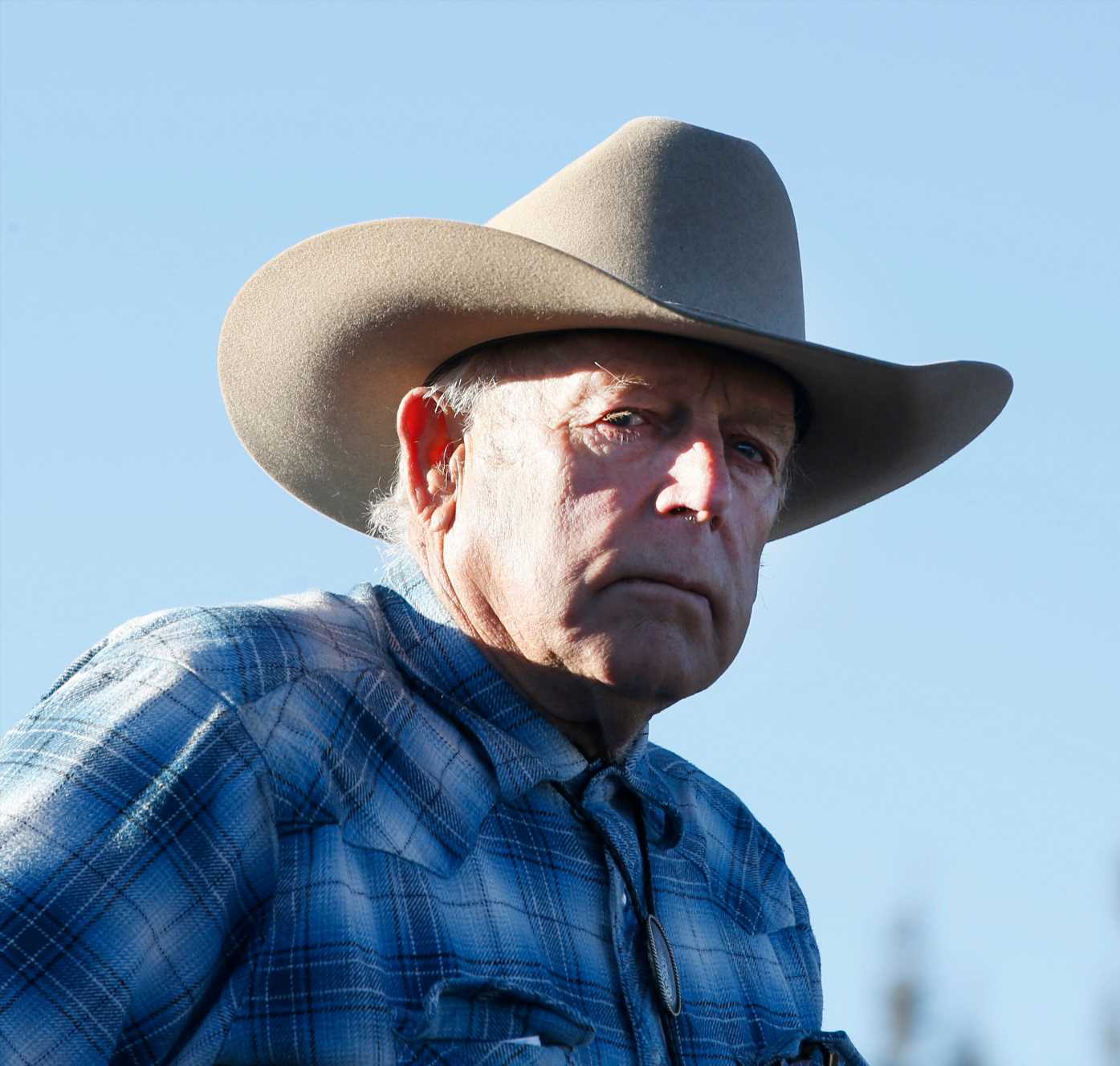 Notorious Nevada rancher Cliven Bundy says he is ready to “walk towards guns” if the Biden administration takes action to force him to pay up for decades’ worth of rent and fines or seize his cattle that graze for free on public lands, he said in an interview.

Observers believe it might not be the best time for Bundy to make an armed stand on government land in the wake of the attack on the U.S. Capitol by extremist Donald Trump supporters. Bundy’s refusal to pay grazing fees on public land or remove hundreds of his trespassing cattle triggered a standoff between him and armed supporters and federal officers in 2014.

Bundy believes that Joe Biden’s administration will make a move on him and on others, he told right-wing shock broadcaster Pete Santilli in an interview earlier this month.

The rancher claimed: “They’ve just been waiting for this. The day that they change this administration … everything changes, the danger. But it’s not only for Bundy Ranch, it’s for all Americans. We’re in trouble.”

Bundy added: “We’re going to have to go forward. If we have to walk forward towards guns, which we did at the Bundy Ranch. We have to do that. And we have to have faith.”

Bundy praised the Capitol rioters — the “million, 100 million … maybe 3 million” (there were actually thousands) who heeded Donald Trump’s call to “go and get the job done,” he said.

The rancher said the rioters “acted like patriots.” But they “should never have left” the Capitol, he said, adding, “I don’t care how many troops they bring in.”

Bundy said lawmakers shouldn’t have been allowed to do their work until they were ready to do what the rioters demanded. Instead, the “rotten buggers went about their dirty business,” he complained, and certified electoral vote results from a fair presidential election.

Santelli said the rioters “treated the ‘People’s House’ with respect,” despite the smashed windows, dope-smoking, trashed offices and stolen property.

Bundy had trespassed on federal lands for more than 20 years, refusing to secure the necessary permits or pay the required fees the government charges ranchers to use the land for grazing, according to officials. He reportedly owed the government an estimated $1.3 million three years ago.

His sons Ammon and Ryan Bundy in 2016 led followers on a 41-day armed occupation of the Malheur National Wildlife Refuge in Oregon in another showdown over ranchers’ rights to public land. Park headquarters were trashed, Native American artifacts were damaged and wildlife habitat ransacked.

Charges were dismissed against all three Bundy men, and Cliven Bundy’s cattle continue to graze on government land.

While some observers believe Bundy’s brazen use of public land for his own business is likely far down on the Biden administration’s list of things to address, others speculate that the attack on the Capitol may trigger a wider crackdown on other “insurrectionists.”

“The failure of the federal government to crack down on law on public lands has created a class of insurrectionists who feel entitled to break the law whenever they want,” Western Watersheds Project Executive Director Erik Molvar told E&E (Energy and Environment) News, which was the first to widely report Bundy’s remarks.

“The lax law enforcement on public lands can be seen as a direct line to the lawlessness we saw in the Malheur National Wildlife Refuge … and now in Washington, D.C.,” he noted.

“If we continue to allow these very highly publicized violations of public laws and public lands, then it’s going to become a free-for-all out there,” Molvar warned.