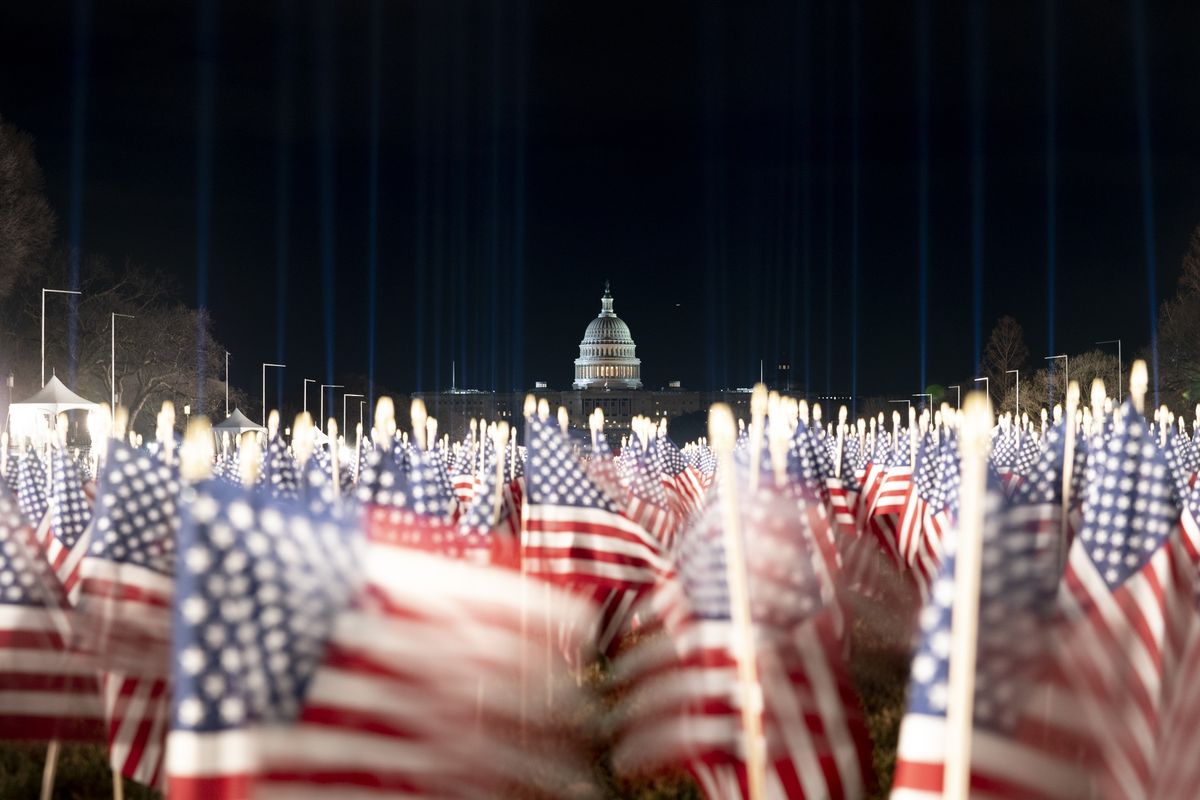 There is one day until Biden’s swearing in.

Three new Democratic senators will all be sworn in on Wednesday, after Biden and Vice President-elect Kamala Harris take office, giving Democrats control of the chamber, two people familiar with the plans said.

California Secretary of State Alex Padilla has been named to replace Harris in the Senate.

The three new Democrats leave the Senate split 50-50 between Republicans and the Democratic caucus. Harris would cast any tie-breaking votes, meaning Democrats control the chamber agenda.

Current Majority Leader Mitch McConnell and Minority Leader Chuck Schumer will meet later Tuesday to lay out plans for the evenly split Senate as well as the process for an impeachment trial of President Donald Trump. — Laura Litvan

The day before his inauguration, five of Biden’s cabinet nominees have their confirmation hearings before Senate committees.

Janet Yellen, the former Fed chair who was picked to lead the Treasury Department, will face questioning from the Finance Committee at 10 a.m. EST. At the same time, Biden’s pick to be director of national intelligence, Avril Haines, will appear before the Intelligence Committee, and Alejandro Mayorkas, tapped for the Department of Homeland Security, will testify to the Homeland Security and Governmental Affairs panel.

Afternoon hearings on Tuesday include retired General Lloyd Austin, Biden’s choice to lead the Defense Department, and Antony Blinken, his nominee for secretary of state.

Despite hearings beginning before Wednesday’s inauguration, Biden is expected to take office with a cabinet made up largely, if not entirely, of acting secretaries. The confirmation hearings have to be followed by committee votes before the nominations go to the floor of the Senate.

Working to Biden’s advantage: the Senate will shift to Democratic control after Biden becomes president and new senators from Georgia and California are sworn in. At that point, tie breakers in the Senate, which will be divided equally between Republicans and Democrats, will be cast by Harris. –Bill Faries

— With assistance by Ryan Teague Beckwith, and Laura Litvan