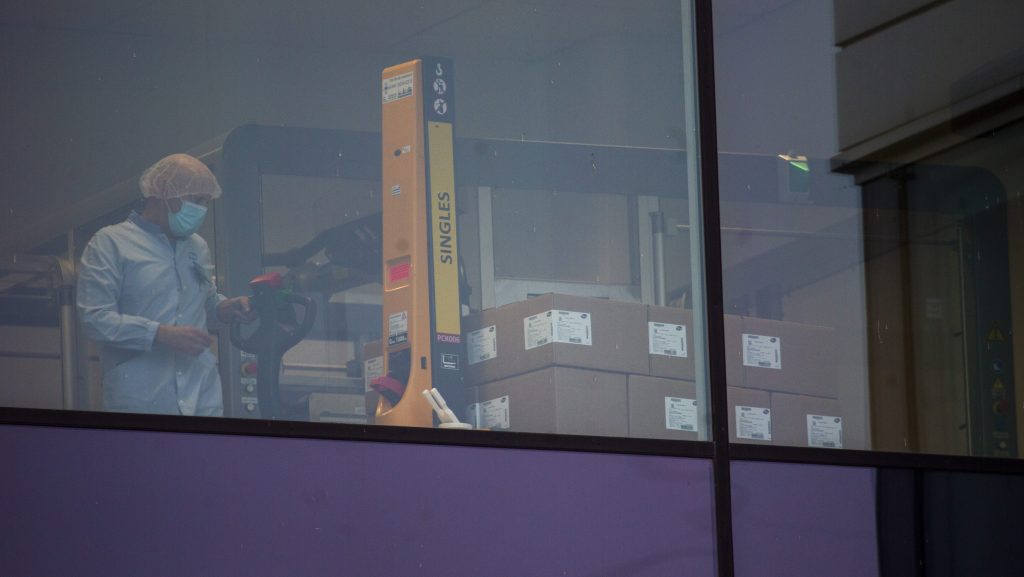 Shortly after California Governor Gavin Newsom announced a new Stay-At-Order for the state, he unveliled the first details of the state’s distribution plan. The first batch h of vaccines to be delivered to the state will be divided into three priority groups. The first group includes Acute care workers, those employed in skilled nursing homes, paramedics and those at dialysis centers. 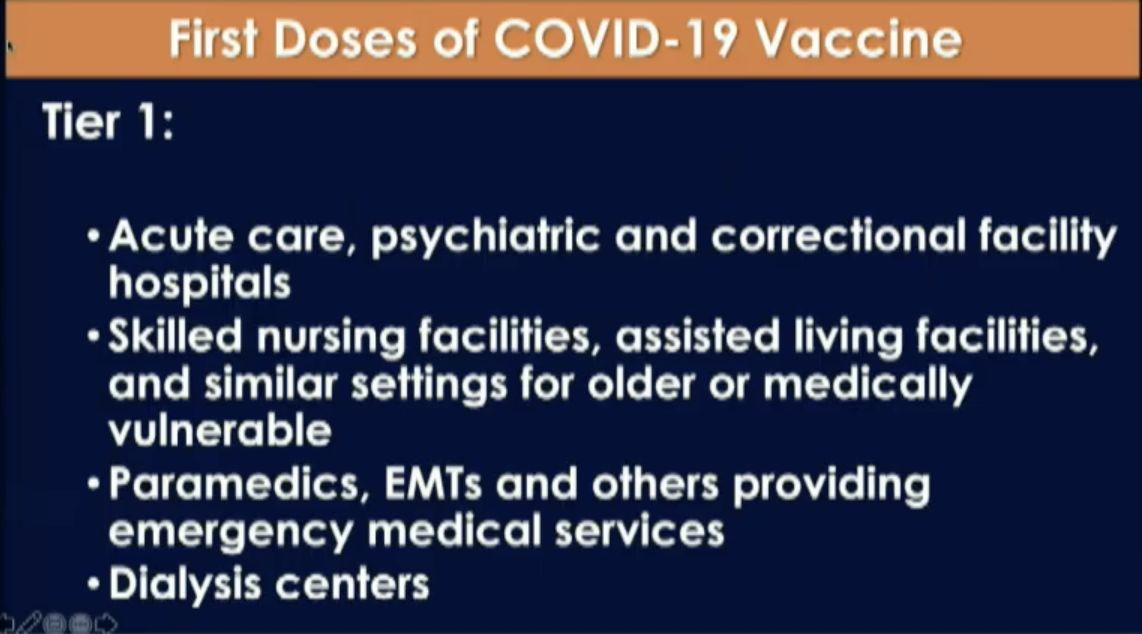 Newsom said the state would be divided into 6 vaccine regions, with each getting a specific cut of California’s first batch of 327,000 vaccine doses from Pfizer. (See chart below.) Those vaccine regions would be distinctive from the 5 safer-at-home regions the governor announced just moments before. 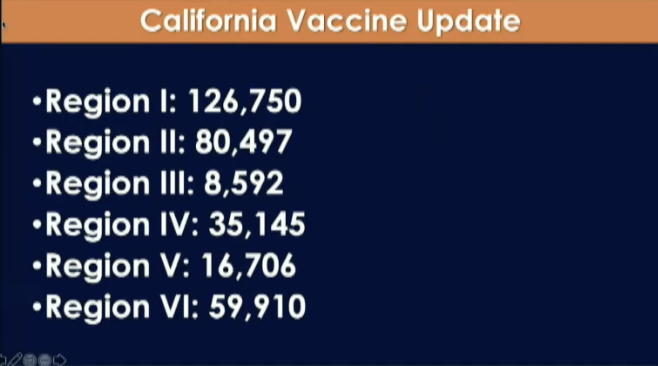 The second tier of workers who will get the vaccine include those in intermediate care facilities, home healthcare and community health workers, public health field staff, those in primary care clinics, including rural health centers, correctional facility clinics and urgent care clinics.

The third tier to receive vaccines from the first batch include those at specialty clinics, laboratory workers, those with jobs at dental/oral health clinics and pharmacy staff not working in settings at higher tiers.

It was unclear at the time of Newsom’s speech which areas of California corresponded with each vaccine region.

He did, however, reveal that “Tomorrow the regions will be making direct orders direct to Pfizer.” A state official said the doses were expected in California “in the middle of the month.”

The official also expressed confidence that the state had enough ultra-cool storage to handle the first batch of doses.

The governor also emphasized that his administration was keeping an eye on equity with respect to vaccine distribution.

“We will make very sure that those with means, those with influence, will not be crowding out those of lesser means,” he said. “Everyone will be held to the same ethical standard. The real heroes in this pandemic are the front line workers.”

It is unclear how that may impact those in the entertainment industry, but film and TV production workers are considered essential workers, even though they are not included in either of the first three priority tiers of workers to get the vaccine.