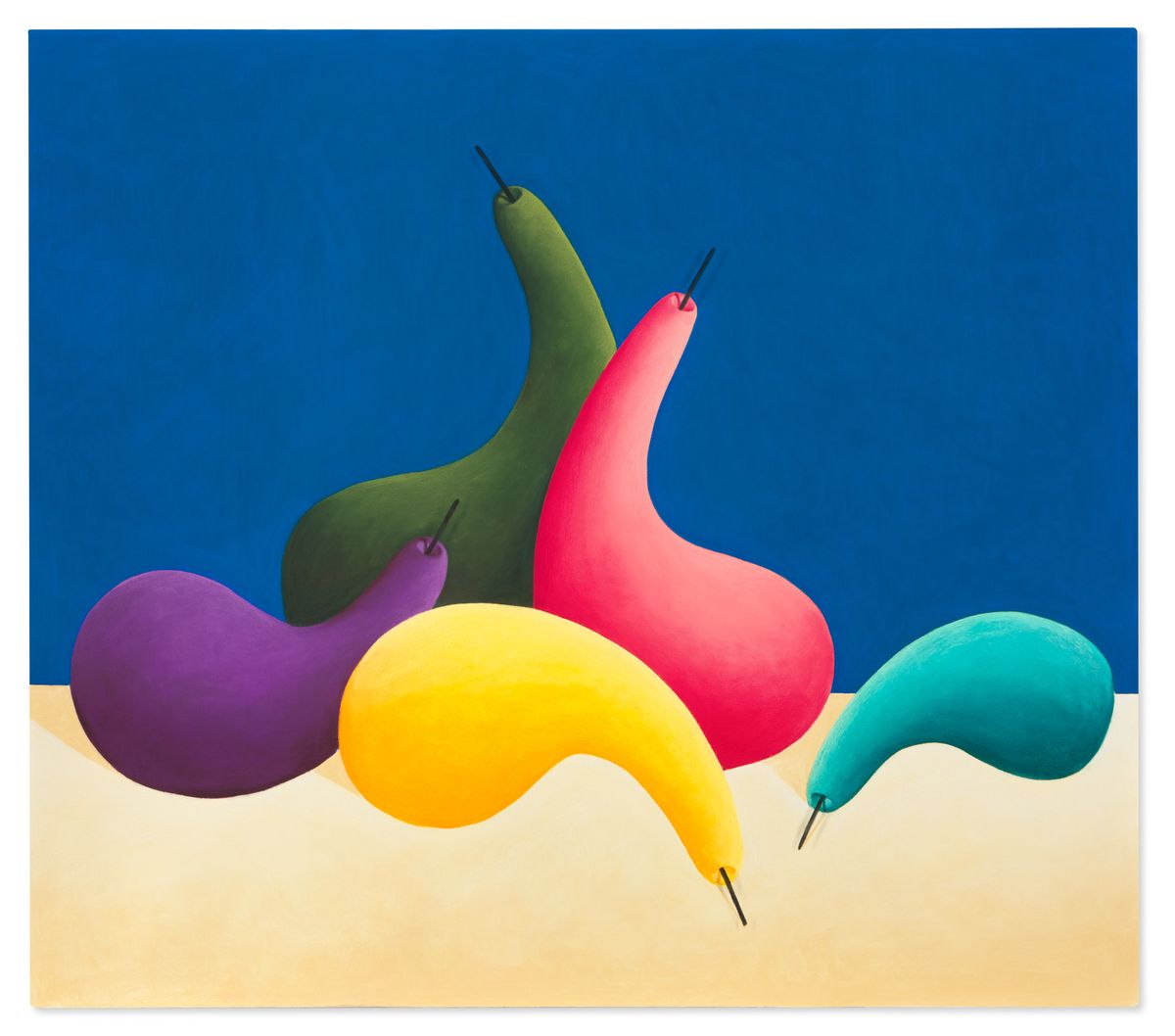 It was a tale of two cities, two infectiousness rates, and two very different art markets.

Christie’s rolling Hong Kong to New York sale of 19th, 20th, and 21st century artworks began at night in Hong Kong on Dec. 2. After bidding ended there, it was passed to an auctioneer in New York, newscaster-style, as the city was just beginning its morning.

In Hong Kong, which reported about 100 cases of Covid on Wednesday, there was a live audience of dealers and collectors in front of the auctioneer. In Manhattan, which had a rolling seven-day average of 1,597 new daily cases as of Nov. 29, and whose positivity rate is nearing a staggering 5%, auction house specialists stood in what was effectively a stage set, bidding for clients via phone and text in front of live-streaming cameras.

The result was a powerful argument for a return to the old normal.

“I didn’t think everything would suddenly change because everyone suddenly uses computers and does Zoom calls,” says Alex Rotter, Christie’s chairman of 20th and 21st century art. “In Hong Kong, we got a couple of bids out of the audience. Does it help? Absolutely. It’s not the same thing to sit in a room and feel [the energy] as it is to sit in front of a computer screen.”

In Hong Kong, six world records were set for artists at auction.

Amoako Boafo’s lush, large-scale portraits quickly made him a market darling—a turn of events Boafo has publicly criticized. Bidding here saw a work he painted last year, Baba Diop, soar past a high estimate of HKD1.5 million ($190,000) to sell, with premium, for HKD8.89 million, or just over $1.5 million.

Paintings by other up-and-coming market stars, including Shara Hughes, Nicolas Party, and Dana Schutz all sold well above their high estimates.

Auction estimates are for a work’s “hammer” price, meaning the dollar amount that wins the lot; auction totals include a buyer’s premium, which is often 20% or more. As a result, official totals for individual lots often fall within estimates, even when the hammer is actually below the lot’s low estimate.

Even with that creative accounting, New York’s leg of the sale largely disappointed.

Four lots by blue-chip stalwarts—a mobile by Alexander Calder, an early painting by Jackson Pollock, a sculpture by Roy Lichtenstein, and a painting by Pablo Picasso—failed to find buyers.

Many others, including a light sculpture by Isamu Noguchi, a colorful oil on canvas by Fernand Léger, and a giant outdoor sculpture of a trowel by Claes Oldenburg, eked past their low estimates.

“Art of the last 20 years did better, on average, than the traditional postwar material,” says Rotter.

There were a few exceptions, notably the highest lot of the morning (evening?): a dramatic oil painting of a woman in black by Henri Toulouse Lautrec from 1889. Carrying a high estimate of $5 million, it sold for just over $9 million.

Another comparatively encouraging result came for a 1957 sculpture by Jean Arp, which was once in the collection of the MoMA in New York. It sold for $2.4 million, above an estimate of $1.2 million.

But even that lot was a hollow victory for New York: The Arp sold to a bidder in Hong Kong.