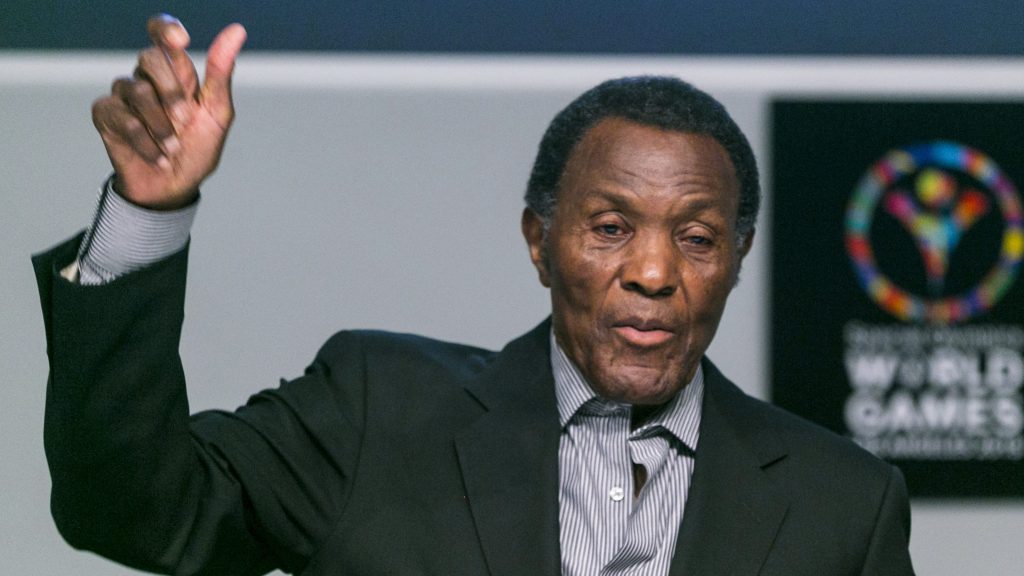 Rafer Johnson, a Los Angeles legend who won the 1960 Olympic decathlon gold medal, helped organize the 1984 Games in L.A. and wrestled the gun from Sen. Robert F. Kennedy’s assassin at the Ambassador Hotel in 1968, died today at his home in Sherman Oaks. He was 86. His family confirmed the news but did not provide a cause of death.

Born on August 18, 1934, in Hillsboro, Texas, Johnson moved with his family to the San Joaquin Valley town of Kingsburg when he was 9 and became a four-sport high school star while working as a cotton picker with his father and siblings. The town’s middle school now is named in his honor. 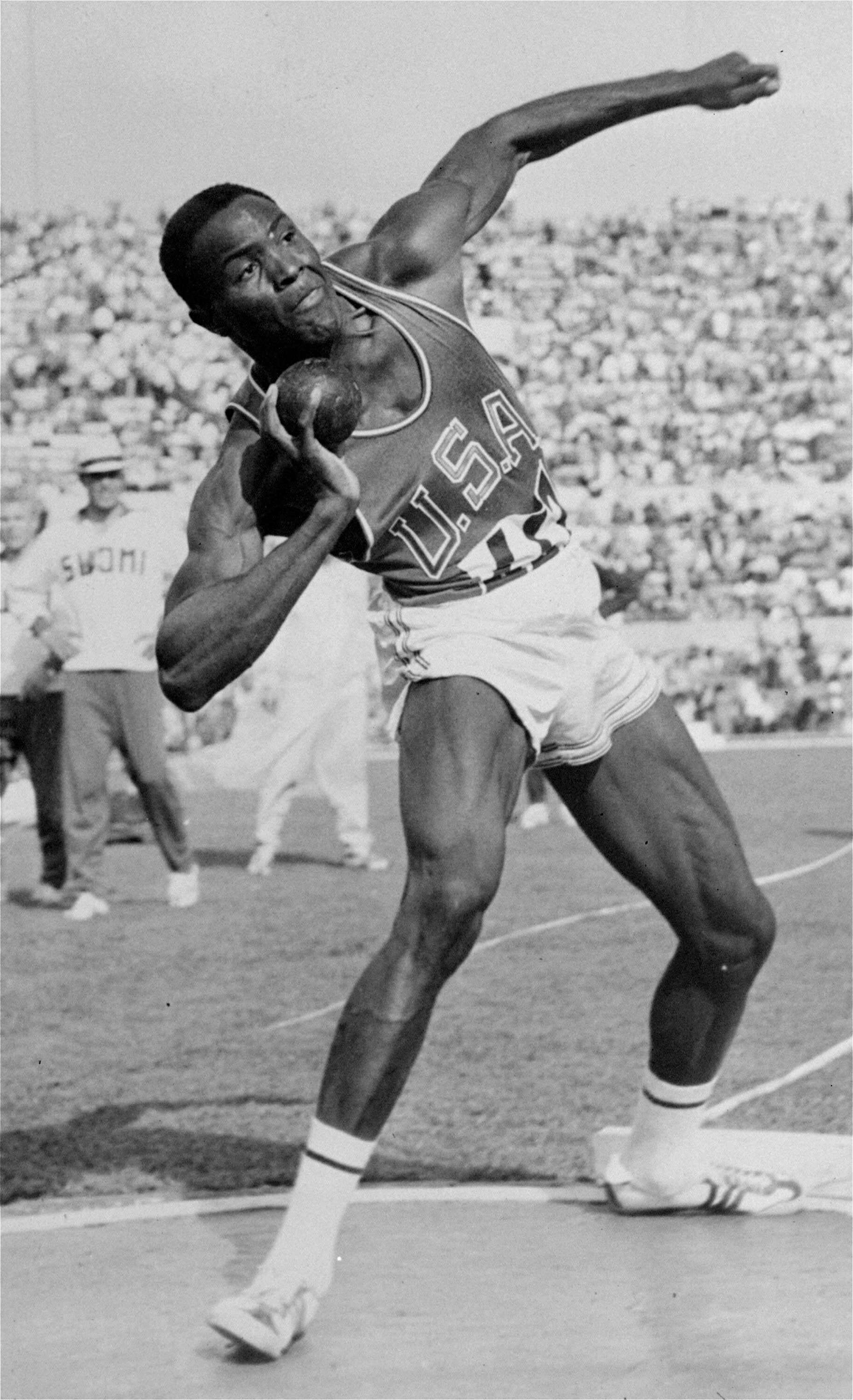 Johnson already was a local hero at UCLA, where he would become student body president but faced racial discrimination, when he began to draw national attention as a decathlete. He broke the world record in 1955 and was the favorite at the Melbourne Olympics the following year but was hampered by injuries and settled for the silver medal.

Two years later, amid the Cold War and the Space Race, Johnson faced Soviet decathlete Vasili Kuznetsov — who had broken the American’s world record earlier in 1958 — in the first joint track meet featured the United States and the USSR, held in Moscow. Billed as the event to crown the World’s Greatest Athlete, Johnson set a new world record in defeating his Soviet opponent.

He played basketball for legendary UCLA coach John Wooden in the late 1950s but was injured in a 1959 car crash, threatening his hopes for the 1960 Olympics in Rome. But he recovered and would square off again Kuznetsov, but this time Johnson’s main competition was from Taiwan’s C.K. Yang — his training partner at UCLA and longtime friendly rival. 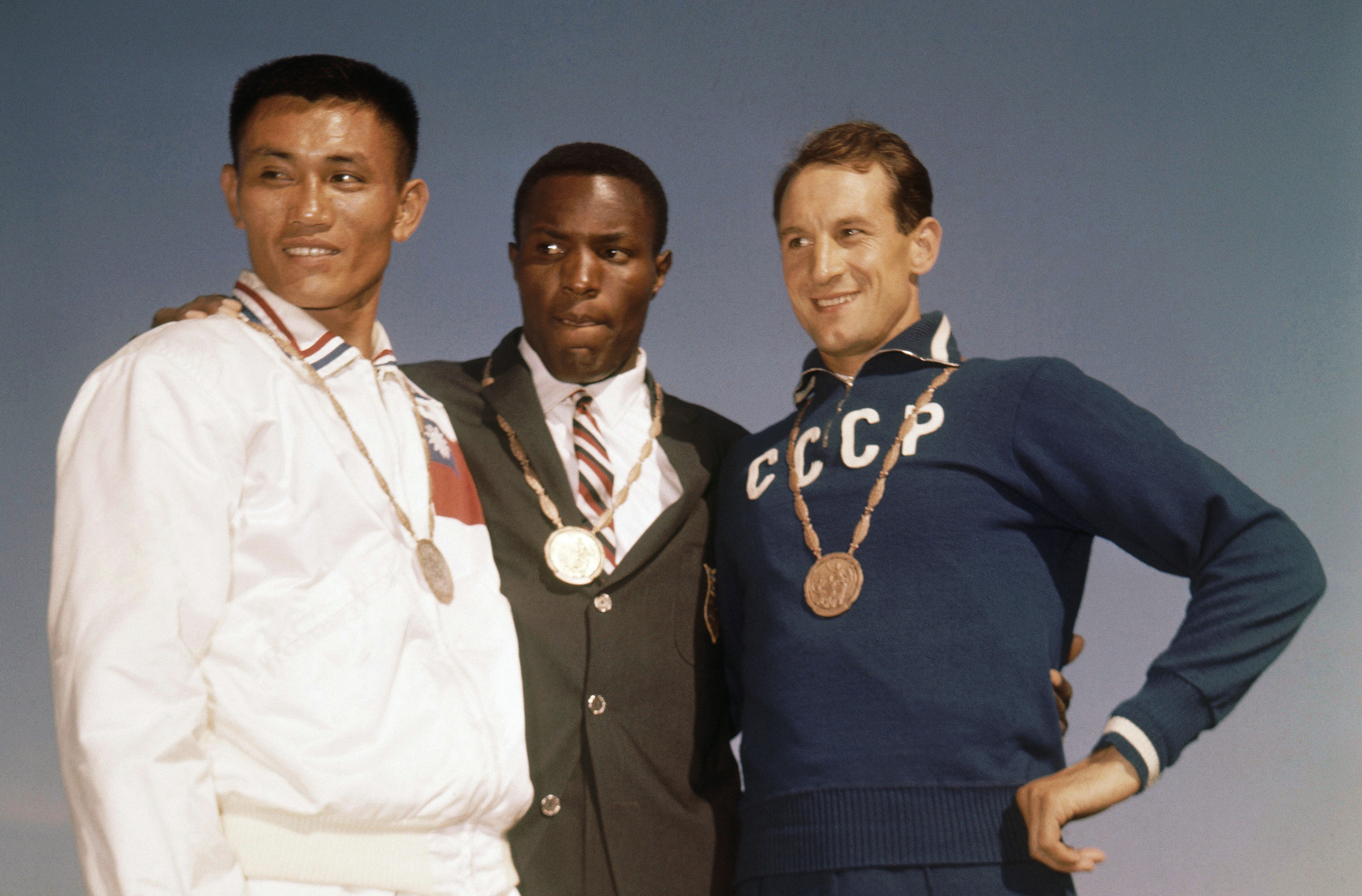 The two dominated the field — including Kuznetsov, who’d win the bronze medal — and the competition came down to the final event, the 1,500 meter run. Johnson turned in a personal-best time and would run second to Yang, but he beat his rival
overall, setting another world record and turning in the best score of his decathlon career. He also was the flag bearer for the United States at those Games.

Johnson’s international notoriety led him to small acting jobs in film and TV throughout the 1960s and into the ’70s. His small-screen credits included The Six Million Dollar Man, Dragnet, Police Story and Quincy, M.E., and he appeared as a DEA agent in Licence to Kill, the 1989 James Bond film that starred Timothy Dalton as Agent 007.

He also worked for a while as a sports reporter at KNBC-TV Los Angeles during the mid-’60s.

Johnson met then-Attorney General Robert F. Kennedy in 1961, and the two became close. When Kennedy announced his presidential bid in 1968, Johnson was an omnipresent figure at rallies and other events.

And he was there at the Ambassador Hotel on June 5, 1968, when Kennedy, then the junior U.S. senator from New York, addressed a cheering crowd after winning the California Democratic Primary. Shortly after midnight, as the politician exited the main ballroom through the kitchen, he was shot multiple times by Sirhan Sirhan.

Johnson and others rushed the shooter, and KRKD-AM reporter Andrew West was recording a segment when it happened, and is heard amid the post-shooting chaos shouting to Johnson:  “Get the gun, Rafer, get the gun!” He did, and stuck the pistol in his pocket — delivering it to police hours later. 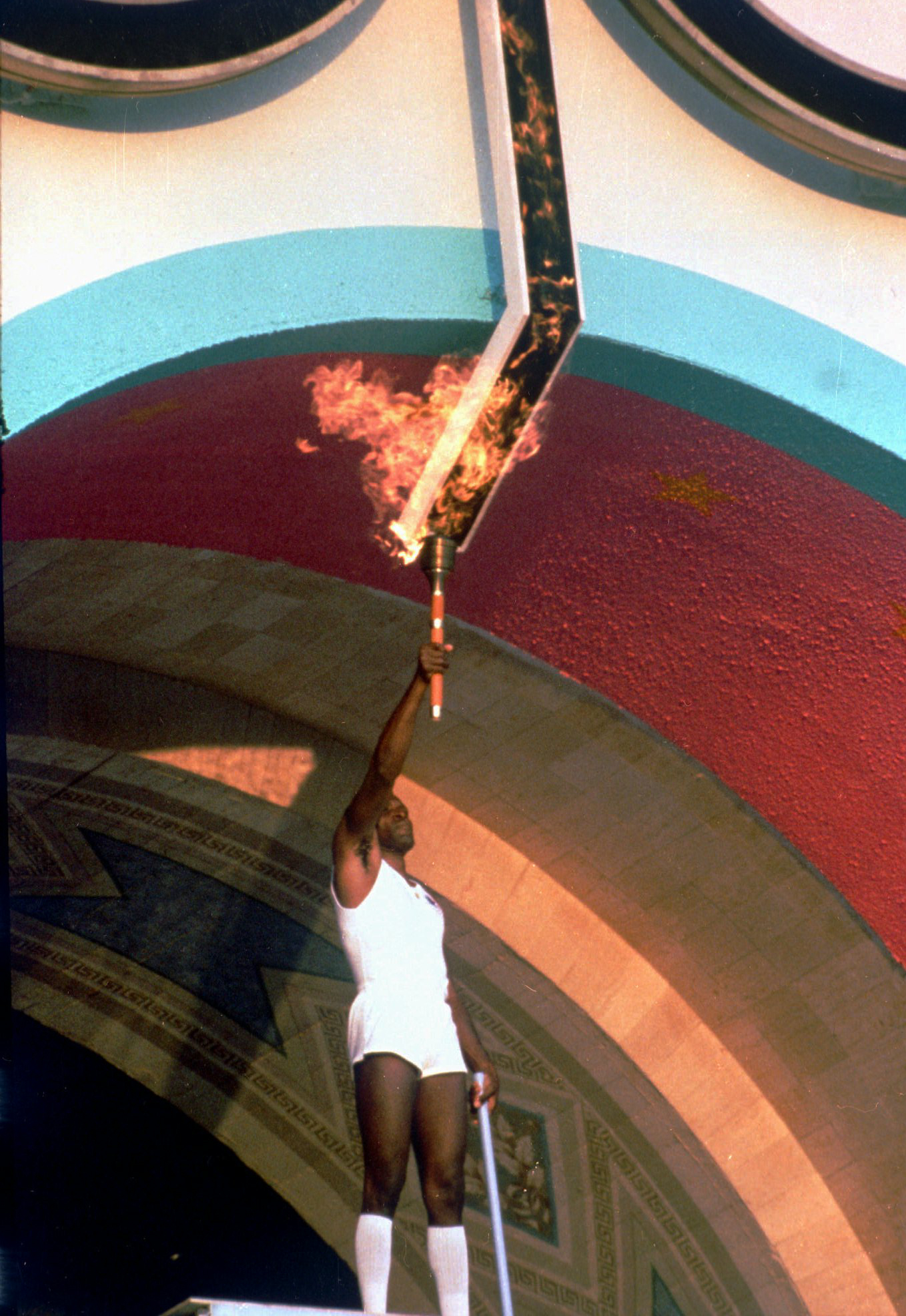 The International Olympic Committee awarded the 1984 Summer Games to Los Angeles in 1978, and Johnson soon was asked to join Los Angeles Mayor Tom Bradley organizing effort. When the LA Olympics opened, a 48-year-old Johnson was the surprise final torch bearer who scaled the Coliseum steps to light the cauldron during the Opening Ceremony.

It was a defining moment in Los Angeles history and helped cement Johnson’s legacy as a true L.A. hero.