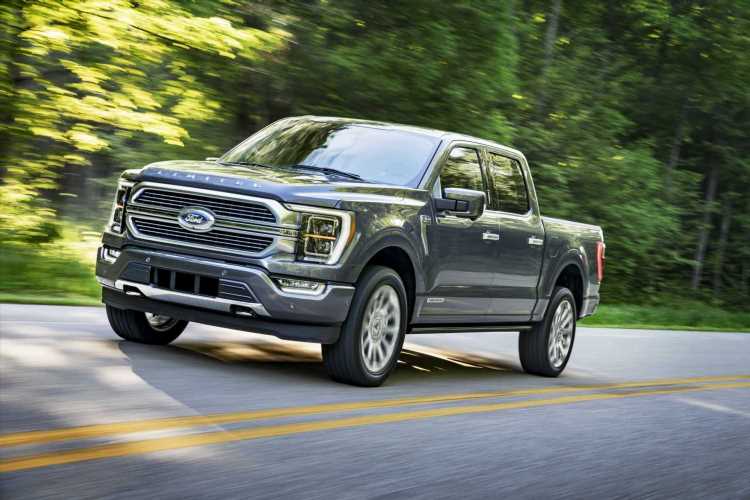 Tight inventory levels of Ford Motor's F-150 pickup due to pandemic-related plant shutdowns earlier this year and production starting for a redesigned model led to a 20.9% decrease in the automaker's sales in November, the company said Wednesday.

The Detroit automaker reported sales of the popular full-size pickup were nearly cut in half – down 45.9% – compared with November 2019. Its truck sales overall last month fell 20.9%. That includes a 27.2% decrease in sales of its F-Series pickups, including the F-150 and other larger variants of the vehicle.

Ford shares fell less than 1% in trading Wednesday. The stock, which has a market value of nearly $36 billion, is down about 1% since the start of the year.

The supply problem for Ford highlights a continuing concern for the automotive industry as customer demand for pickups has remained relatively strong during the coronavirus pandemic. Plants were forced to close for roughly two months during the second quarter during the first surge of Covid-19 cases. Automakers have been running plants that produce the vehicles nearly around the clock to refill dealer inventories.

"F-150 inventory continued to tighten as we moved through our Q4 changeover to the all-new F-150," said Mark LaNeve, Ford vice president, U.S. marketing, sales and service, in a release. "This was a result of coronavirus-related production stoppages in Q2 and a strong sell-down of the current model F-150."

Ford also noted a "renewed focus on stay-at-home policies due to rising coronavirus cases" and one less selling weekend in the month compared with a year ago as reasons for its sales dropping to 149,931 vehicles in November, down about 40,000 from a year earlier. Ford's sales for the year are down 16.8% through November.

New vehicle sales last month were estimated to have declined by 15% to 1.24 million across the U.S. industry, according to Ford.

This is the second consecutive month that Ford has released monthly sales after new CEO Jim Farley promised Wall Street greater transparency. The automaker had been reporting U.S. vehicle sales on a quarterly basis since last year.

Other automakers to report monthly sales include Honda Motor, Hyundai Motor, Kia Motors and others. Here are their reported sales last month compared with November 2019: