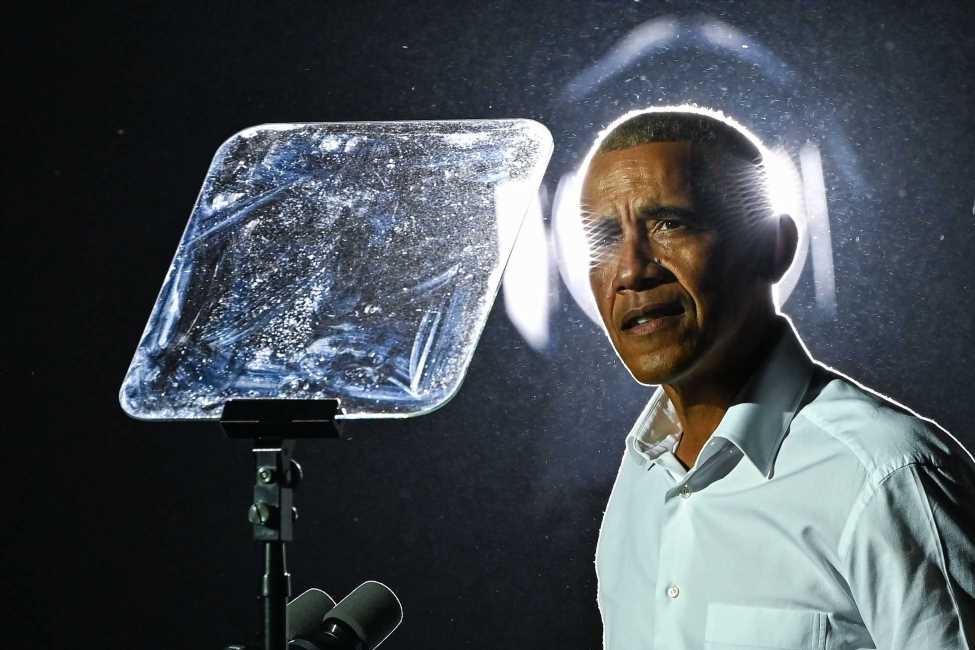 Former President Barack Obama drew criticism from progressive Democrats this week for suggesting that “snappy” slogans like “defund the police” are alienating voters and making it harder from a political standpoint to enact “changes you want done.”

In an interview with Peter Hamby, who hosts the Snapchat political show “Good Luck America,” Obama said “you [lose] a big audience the minute” a slogan like “defund the police” is used, making “it a lot less likely that you’re actually going to get the changes you want done.”

“Defund the police” refers to the reallocation or redirection of government funding from police departments to social services for minority communities. As Rashawn Ray of the Brookings Institution noted, defunding does not mean the abolishment of police departments but instead “highlights fiscal responsibility” and “advocates for a market-driven approach to taxpayer money.”

Obama’s remarks — particularly his use of the term “slogan” — were promptly lambasted by several progressive Democrats, including Rep. Ilhan Omar of Minnesota, Kentucky state Rep. Charles Booker and Cori Bush, who made history last month when she became the first Black woman elected to represent Missouri in Congress.

“We didn’t lose Breonna because of a slogan,” said Booker, referring to Breonna Taylor, a Black woman who was shot dead in her own apartment by Louisville police in March. Booker broke barriers in 2018 when he became the youngest Black lawmaker elected to the Kentucky state legislature in nearly a century.

“We lose people in the hands of police. It’s not a slogan but a policy demand,” wrote Omar, who is the first woman of color to represent Minnesota in Congress and one of the first two Muslim women to serve in the legislative body.

“It’s not a slogan. It’s a mandate for keeping our people alive,” Bush said.

Obama ― echoing other centrist Democrats who’ve similarly taken issue with “defund the police” and what they’ve decried as radical messaging ―  told Hamby that Democrats could benefit from adopting softer rhetoric when talking about police reform.

“If you instead say, ‘Hey, you know what? Let’s reform the police department so that everybody’s being treated fairly. And not just in policing, but in sentencing, how can we divert young people from getting into crime?’” he said.

In her reaction to Obama’s comments, Omar noted that “defund the police” isn’t about mere words but a “demand for equitable investments and budgets for communities across the country.”

That, she stressed, is what “gets us progress and safety.”