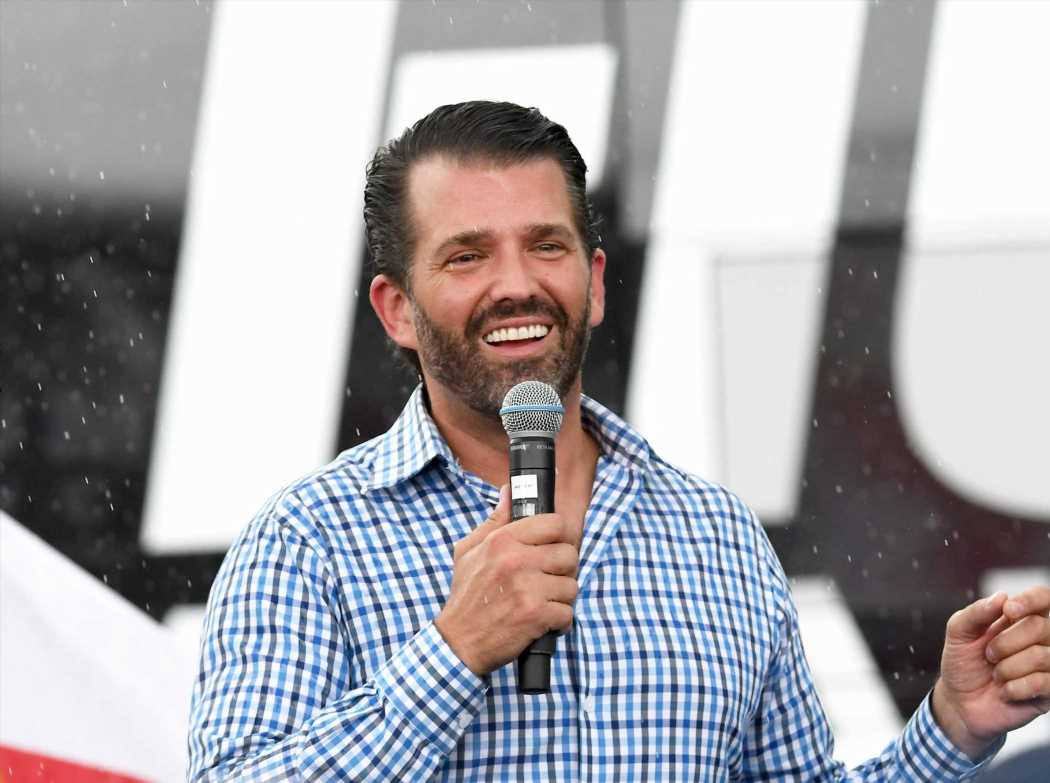 Donald Trump Jr. downplayed the coronavirus outbreak Thursday night, saying that the number of new Covid-19 deaths in the U.S. is "almost nothing," even as about 800 people in the country continue to die from the disease everyday.

The U.S. reported 971 new Covid-19 deaths on Thursday, according to data compiled by Johns Hopkins University. Over the past seven days, more than 800 people have died from the disease, on average, every day, up 14% compared with two weeks ago, according to a CNBC analysis of Hopkins data.

That's a much lower number of daily deaths than the country saw in the spring, when the U.S. reported more than 2,600 deaths in a single day. While daily new deaths have remained relatively flat in recent weeks, the number is trending upward. Average daily new deaths in the U.S. have not fallen consistently below 700 per day since July, Hopkins data shows.

The Centers for Disease Control and Prevention updated its forecast of Covid-19 deaths earlier this week. It now projects "an uncertain trend in new COVID-19 deaths reported over the next four weeks and predicts that 3,900 to 10,000 new deaths will likely be reported during the week ending November 21, 2020."

"The reality is this: If you look, I put it up on my Instagram a couple days ago, because I went through the CDC data, because I kept hearing about new infections," Trump Jr., the president's eldest son, said on Fox News host Laura Ingraham's show.

"But I was like, 'Well, why aren't they talking about deaths?' Oh, oh, because the number is almost nothing," he said. "Because we've gotten control of this and we understand how it works. They have the therapeutics to be able to deal with this."

Scientists and doctors have made a number of clinical advances that have cut the likelihood of someone diagnosed with Covid-19 will die. The antiviral drug remdesivir from Gilead has been found to cut the time of hospitalization for severely sick Covid-19 patients and the steroid dexamethasone has been shown to reduce the risk of death.

Doctors and nurses have also developed better clinical care for patients that has reduced the rate of death, Dr. Bill Schaffner, an epidemiologist at Vanderbilt University, said in a phone interview.

"Even though we are better at making people better, it's clear that older people still have a much higher risk of dying and people with underlying illnesses also have a substantially increased risk," Schaffner said Friday. "You can't get everybody back. We don't have any, quote unquote, miracle drugs."

Trump Jr. also downplayed the rising number of new cases, saying that cases are up "because they're testing more." That's a claim repeated by President Donald Trump, who tweeted Friday morning that "more Testing equals more Cases. We have best testing. Deaths WAY DOWN."

But that claim has been disputed by even Trump's own top health officials. Adm. Brett Giroir, assistant secretary of health who leads the government's testing effort, said Wednesday on NBC's "TODAY" show that testing alone cannot explain the rise in cases. A good indication of that, epidemiologists say, is that the percent of positive tests is rising along with the number of new cases.

Over the past seven days an average of 6.3% of all tests have been positive, up from 5.5% a week before, according to Hopkins data.

Trump Jr.'s comments came as the U.S. reported more new cases in a single day than ever before. The country reported 88,521 new cases of the virus on Thursday, bringing up the seven-day average of new cases to about 76,590, also a new record, according to CNBC's analysis. That figure is up more than 25% compared with a week ago, CNBC's analysis shows.

Top health officials and epidemiologists expect the number of new deaths to continue to rise as cases also spike. The question remains, how many new deaths will come.

"If things do not change, if they continue on the course we're on, there's going to be a whole lot of pain in this country with regard to additional cases and hospitalizations and deaths," Dr. Anthony Fauci, director of the National Institute of Allergy and Infectious Diseases, told CNBC's Shep Smith on Wednesday.