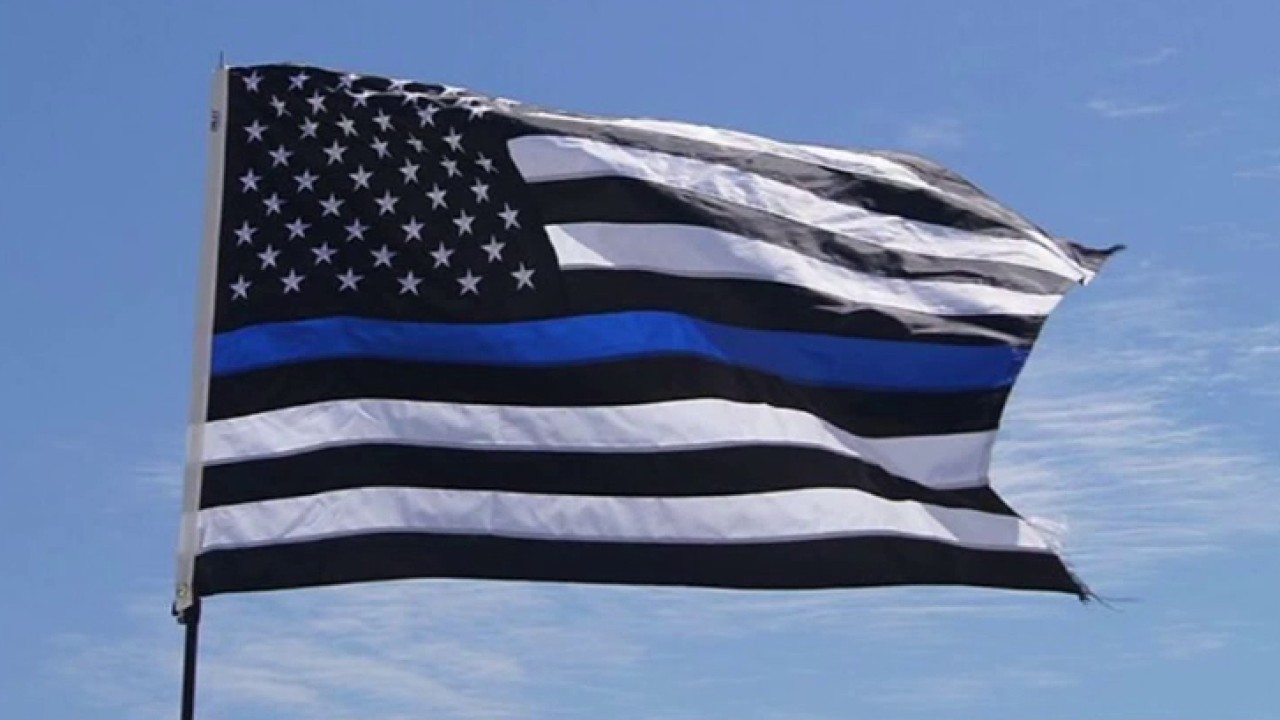 The Poynter Institute’s Politifact claimed it was “mostly true” that an “anti-Black Lives Matter Flag” replaced the American flag behind President Trump at a recent rally – but the flag that was referenced was the pro-police thin blue line flag.

The thin blue line is a symbol that represents the police officers who separate order from chaos, according to Thin Blue Line USA, a company that sells merchandise featuring the flag supporting law enforcement, veterans and first responders.

“The thin blue line flag is flown to show support for our heroes in law enforcement and serves as a consoling reminder they will always be there to protect us,” the Thin Blue Line USA website notes. “For those who walk it, the thin blue line is a reflection of courage, a pledge of brotherhood and a tribute to those who have fallen in the line of duty.”

However, Politifact claimed a Facebook post that labeled the flag “an “anti-Black Lives Matter flag” is “mostly true.

The flag was flown behind Trump during a campaign event in Wisconsin earlier this month, prompting a college professor to declare it was intended to reject Black Lives Matter.

Politifact explored the claim, noting that Thin Blue Line USA began marketing the flag in 2014, shortly after the Black Live Matter movement picked up steam. Politifact even cited a Marshall Project story about the origins of the flag.

Jacobs told Marshall Project that the flag was not a direct reaction to the first Black Lives Matter protests, but admitted he may have first noticed the image during widespread pro-police response to the protests.

“That said, while it is possible to support both, Trump has made clear he opposes the Black Lives Matter protests — and made that opposition, and a strong law-and-order message, a prominent part of his re-election campaign. So, those attending the rally or seeing the images could easily see the flag as an ‘anti Black Lives Matter flag,’” Politifact wrote. “We rate the claim Mostly True.”