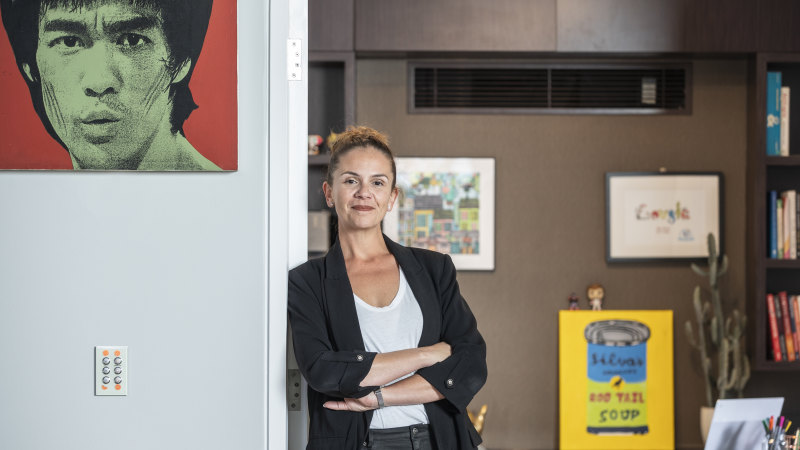 Google Australia boss Melanie Silva says the proposed arbitration process between it and the media companies on payments made for use of their articles is unworkable, given the unrealistic numbers put on the table.

The draft news media bargaining code, announced by the Australian Competition and Consumer Commission in July, gives media companies three months to strike a deal about payment for use of their articles. If there is no agreement, a final arbitration process is put in place to decide between the most appropriate of the two final payment offers. 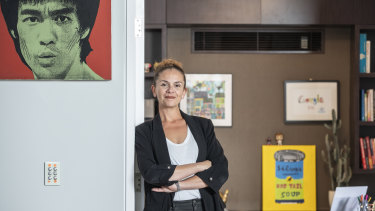 Melanie Silva is optimistic the code can still be made workable.Credit:Louie Douvis

Ms Silva said the size of the payments proposed by the media companies so far was unreasonable.

"This concept of final offer arbitration usually is used when the parties are very close in numbers…we've already seen in the last several months numbers that are completely extraordinary," Ms Silva told The Sydney Morning Herald and The Age. Nine Entertainment Co (owner of this masthead) and Rupert Murdoch's News Corp Australia previously said they expect news organisations to receive between $600 million and $1 billion from Google and Facebook.

Ms Silva added that she expects the code, that will force it to pay news organisations for use of articles, to be watered down before it is presented to the government.

"The message from the government privately and publicly has been pretty consistent – it's a draft code," she said. "They want to hear from all the stakeholders involved and they want to make sure that the policy objectives are achieved."

"We are in a public consultation period and the word draft means that they're looking for feedback and for workable alternatives."

Ms Silva has also warned the provision in the proposed news media bargaining code, which requires Google to provide advance notice of changes to its algorithm, would force the tech company to stop updating its local search engine altogether.

Such a move, according to Ms Silva, would significantly hurt the experience of Australian users of the search engine.

"Any organisation that's using agile development or machine learning would look at that algorithm provision and go 'that's just not workable', the only option would be to not do any changes in Australia, which means Australians get a worse version of Google," she said.

Competition tsar Rod Sims previously said the main elements of the draft version of code would not change but was not specific on whether the type of arbitration could be renegotiated. Communications Minister Paul Fletcher would not comment directly on whether the government would consider watering down the legislation.

"We’ve asked for feedback and input from all of these stakeholders – Facebook and Google have put in detailed submissions," Mr Fletcher said. "I know they’ve raised that issue. It is now for the ACCC to give advice to the government on that issue and a range of other issues. We’ll get that in due course and weight it up."

In an attempt to fight back against the proposed laws, Google has spent the last couple of months talking to its users about its concerns and warning the changes could reduce the quality of the company's local services. Google recently released a series of blog posts which warn users about how the code would affect small business and its issues with the arbitration model.

Social media platform Facebook has publicly threatened to pull articles from its newsfeed in response to the code but Google has remained silent on the implications for the company, which employees 1,700 Australians, if the code proceeds in its current form. Ms Silva said until the code is finalised, it can still be made to work.

But multiple media industry sources who spoke on the condition of anonymity said Google's executive team had been warning news organisations and the government that they would withdraw from the market altogether. Ms Silva did not deny the threats and said Google boss Sundar Pichai was concerned with what is happening in Australia.

"We've told the government exactly what we've told everybody else, which is this code is not workable and it puts our services at risk," she said. "We've said these issues are very, very serious for us – that there is operational and financial unworkable elements of this code and they put our ability to offer a great version of Google and YouTube at risk."

The code, which is expected to be finalised and presented to government in mid-October, has caught the attention of international regulators and the Trump administration. The Herald and Age revealed earlier this month the US Trade Representative had raised concerns with the ACCC about the code.

"No [we weren't involved in it]. They're coming out on their own and speaking on behalf of their interests. They've got their goals and agenda and when they see US companies being targeted in a piece of legislation they've got something to say about it," she said.