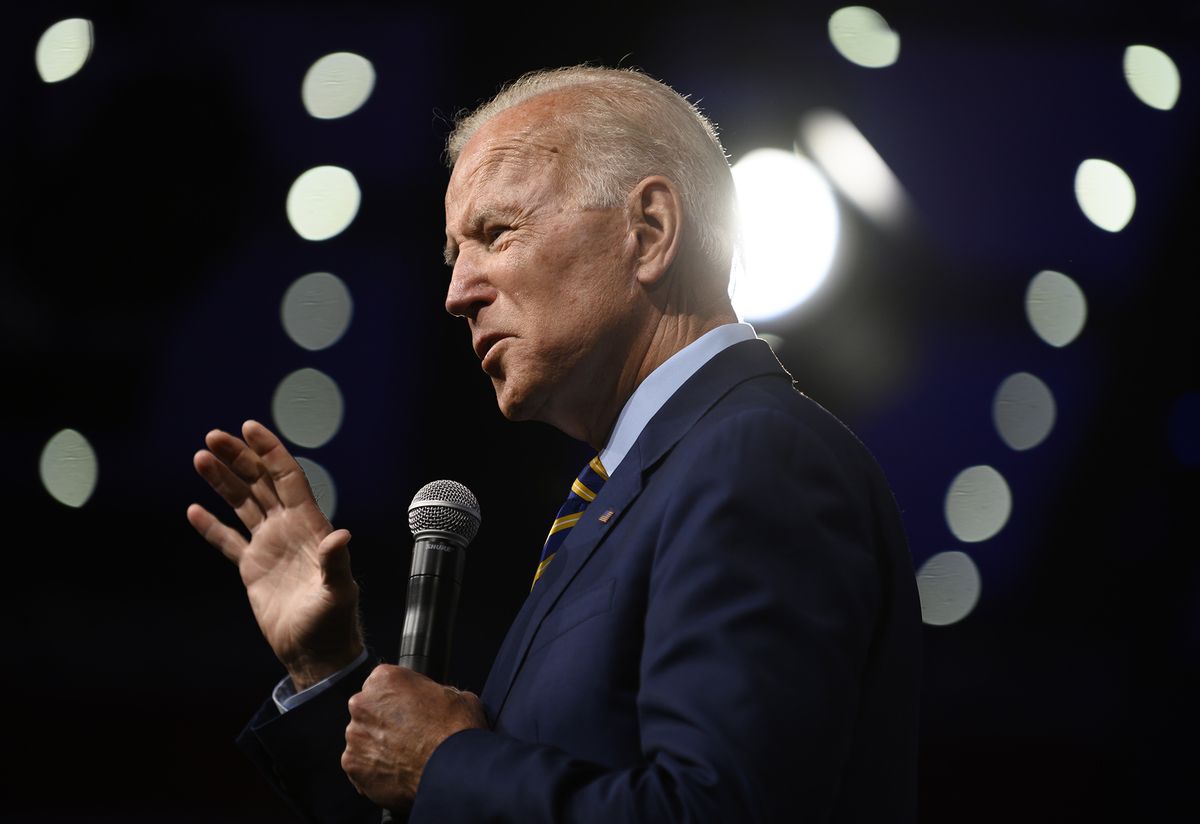 The difference between the two candidates’ tax history is fodder for Biden’s argument that Trump has conned working-class voters into supporting him. The debate begins at 9 p.m. New York time.

The former vice president has sought in recent weeks to portray Trump as catering to the wealthy and well connected, as Biden tries to emphasize his working-class roots and promote an economic agenda he says would focus on the middle class.

The Times reporting on Trump’s taxes — information the president has insisted on keeping secret from voters — “reinforces what we already knew about Donald Trump, which is he looks down on working people, he views them as suckers, he thinks he’s smart because he doesn’t pay taxes,” Biden’s deputy campaign manager, Kate Bedingfield, said on a conference call with reporters before the debate.

However, the report is unlikely to cost Trump many votes. He was elected in 2016 after boasting about paying little income tax but breaking with modern precedent by refusing to release his returns, and his core supporters have consistently shown little interest in the issue.

But polls show that about two-thirds of Americans believe that Trump should release his tax returns and that he hasn’t been entirely honest with the IRS.

Biden’s returns Tuesday showing that he paid a 31.7% income tax rate gives strength to his argument that he has more in common with the White, working class voters he needs to win back from Trump than the president himself — even if that rate was on income of $944,737.

Tuesday’s presidential debate, the first of three before the Nov. 3 election, is hosted by Case Western Reserve University and the Cleveland Clinic. It will be moderated by Chris Wallace of Fox News.

The topics, which were announced last week by the Commission on Presidential Debates, include a comparison of the Trump and Biden records, the Supreme Court, the coronavirus, the economy, racial tensions, the violence in U.S. cities and the integrity of the election itself.

Wallace, who has aggressively interviewed the president in the past, is likely to include questions about Trump’s taxes in at least one of the segments, if not lead off the debate on the subject.

Biden is spending the night after the debate in Pepper Pike, a suburb of Cleveland, at a home owned by dentist Bradley Cohn, according to property records.

Before the debate, the campaigns engaged in a tit-for-tat in which they each accused the other of seeking special accommodations.

Murtaugh also said that Biden’s staff had asked for “multiple breaks” during the debate.

The Biden campaign dismissed the earpiece claim as little more than a “distraction” and flatly denied asking for breaks.

“Of course he is not wearing an earpiece and we never asked for breaks,” Bedingfield said. She said the Trump campaign had asked that Wallace, the moderator, not mention that more than 200,000 Americans have died in the U.S. coronavirus outbreak. Murtaugh said on Twitter that “this is a lie and it never happened.”

Later, Biden tweeted a photo of a set of Apple earbuds and a pint of Jeni’s ice cream with the caption, “It’s debate night, so I’ve got my earpiece and performance enhancers ready,” the latter a reference to unfounded claims by Trump that the Democrat took such drugs.

With five weeks left until Election Day, polls show Biden leading Trump nationally and in key swing states. The Democrat’s campaign has approached the debate as a high-stakes moment when he could cement his advantage or see it begin to erode.

Biden, an experienced debater after previous presidential and vice presidential bids and 36 years in the Senate, has previewed an approach focused on what he considers Trump’s failures, including “criminal” mismanagement of the pandemic. He will also seek to portray a second Trump term as one that would cause irreparable harm to U.S. democracy.

For Trump, the debate is a critical opportunity to try to regain momentum after months of declining poll numbers.

Trump, never a stickler for presidential decorum, is likely to attack Biden in deeply personal terms, portraying him as doddering and senile and alleging that his son Hunter engaged in corruption in Ukraine and China by leveraging his father’s political position.

While debaters traditionally seek to raise expectations for their opponents, Trump and his allies have for weeks lowered the bar for Biden, 77, by arguing that he is mentally impaired and exhausted. Only recently have Trump surrogates begun to focus on Biden’s experience in the forum.

That strategy could backfire. The coronavirus has sharply restricted the candidates’ ability to campaign, though Trump has resumed large in-person rallies. The debate will be the first opportunity for many voters to see Biden on a stage since the Democratic convention and he might only have to hold his own for the showdown with Trump to be declared a success.

But for some Democrats, a single gaffe or missed opportunity to take a swipe at Trump is likely to be cause for worry. Trump and his supporters, meanwhile, are likely to declare victory no matter what.

One planned topic of the debate will be the battle around Trump’s nomination of Amy Coney Barrett to the Supreme Court as a replacement for Justice Ruth Bader Ginsburg, who died Sept. 18.

Barrett’s nomination was greeted with enthusiasm by social conservatives, and Republicans are planning to try to confirm her to the court before Election Day. But many Democrats, including Biden, assert that putting in place a new justice so close to the election violates precedent and that the next president should make the nomination.

In keeping with the precautions that have transformed American life since the virus shut down large swathes of the country this spring, the Biden and Trump campaigns have agreed that the candidates won’t shake hands and there won’t be an audience in the hall to react to zingers.

The debaters will also keep well more than 6 feet apart, which will prevent Trump from repeating a maneuver he used in a 2016 debate, when he left his podium and loomed behind Hillary Clinton as she was speaking.

She later said the move unsettled her. “He was literally breathing down my neck,” she said in a recent memoir. “My skin crawled.”