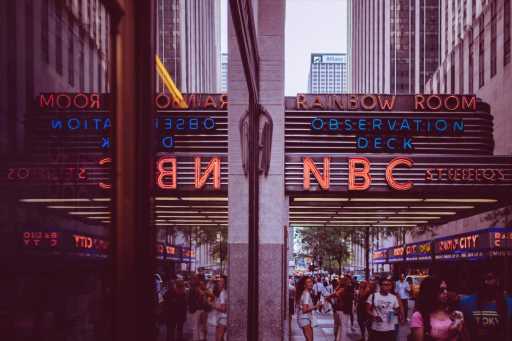 EXCLUSIVE: NBCUniversal, which has made a series of moves aimed at keeping pace with the increasingly complex video viewing marketplace, has just released its first One Audience Trends Report.

The 15-page report draws on company data and highlights the ongoing changes in viewer behavior. The ground was already shifting underfoot before COVID-19 further altered the landscape.

In an interview with Deadline, Mark Marshall, president of ad sales and client partnerships, and Kavita Vazirani, EVP of Insights & Measurement, said the goal is to position NBCU as a comprehensive option for media buyers. “Clients used to have to decide, ‘Should I put money into television or digital?’” Marshall said. “We no longer have to bifurcate.”

Vaizirani noted that “more and more people are tuning into their own schedules. Consumers don’t really differentiate” as much between live and on-demand. That trend has been under way for the past few years, but the report notes it is only continuing across generations. Among viewers 18 to 34, 76% of viewing is now sourced from streaming and on-demand platforms — but that percentage has risen to 50% for viewers aged 50 and older.

Organizationally at NBCU, digital, broadcast and cable sales operations have operated in combined fashion for the past couple of years, with teams selling across platforms. In 2018, NBCU introduced CFlight, an open-source, cross-platform measurement framework. The arrival this year of ad-supported streaming service Peacock has only accelerated the need for a unified front.

The Voice, a linchpin of NBC’s prime-time schedule, is used as an example in the report. After its live airing on Monday, it “peaks on-demand on Tuesday and Wednesday, as fans who missed are eager to catch up, avoid spoilers, and discuss the results with friends, family, coworkers, and other fans on social media,” the report says. Even in the age of on-demand streaming, “the ‘FOMO’ (fear of missing out) or ‘watercooler’ effect is real.”

Another cornerstone, This Is Us, “remains a top-three on-demand offering every single day of the week—and three days a week, it’s the No. 1 program,” according to the report. “This show is a fan-favorite every single day, and it underscores the importance of thinking about ad planning in terms of titles, not time slots.”

Dick Wolf’s Chicago franchise, on the other hand, has a tighter viewership window, with most viewers
watching the shows live and the next day. On-demand ratings generally peak within 24 hours of original airtime, the report said.

The Friday-to-Sunday span has gained in importance relative to Monday-to-Thursday, the report says. The share accounted for by weekday viewing declined 10% between 2009 and 2019, representing 62% of the total. The remaining 38% on weekends, has gained 62% in the past decade.

As to the general outlook on the ad market, Marshall said the pandemic put an historic amount of stress on the ad business in the second quarter, but signs of vitality have returned.

“If you think about COVID, not since World War II have we had a pause of our entire economy,” he said. “There is a lot of pent-up demand and we’re seeing some positive indications now that more parts of the economy are functioning again. In August, carmakers had the highest average sales price for new cars, for example.”

Marshall said the climate heading toward the end of 2020 is “similar to coming out of a recession.”

The viewership report, the company hopes, will offer more reinforcement for buyers in a complicated environment. “We’re dropping it in the middle of a conversation about how you can increase yield and increase demand,” Marshall said.