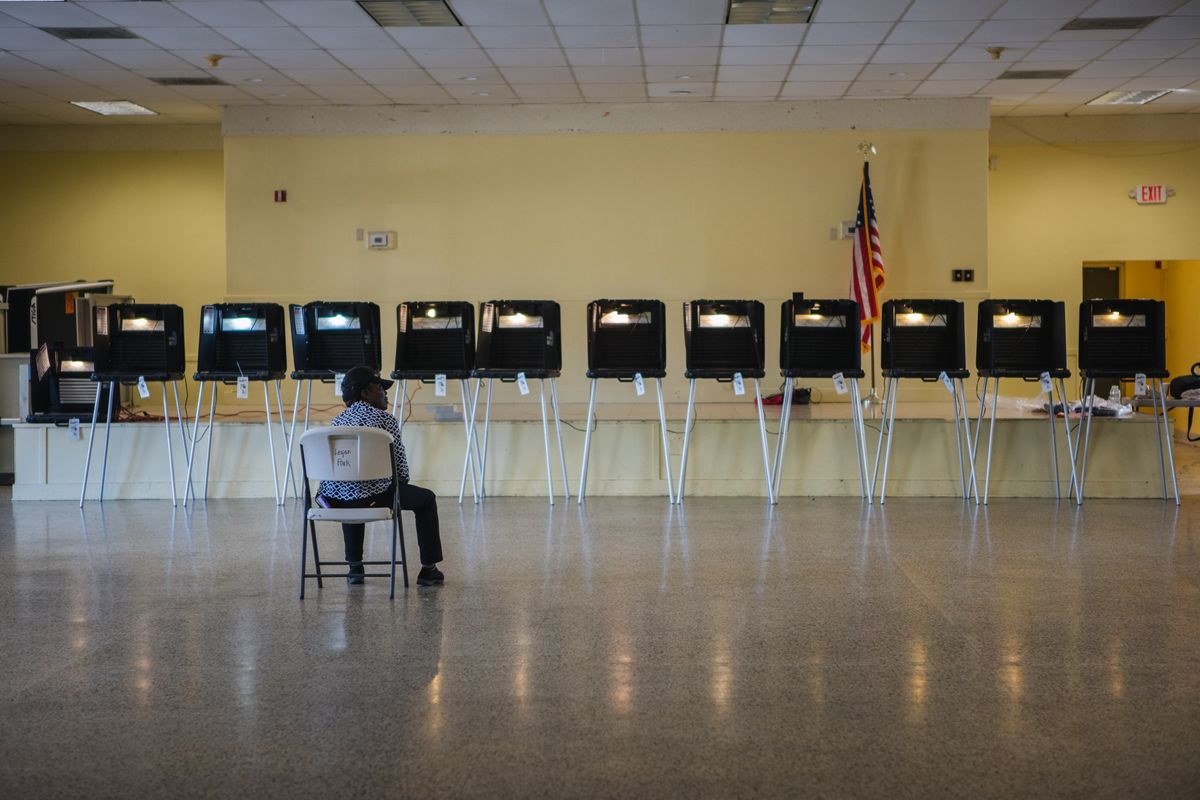 U.S. authorities said Thursday that hackers could slow — but not prevent — voting and vote-counting in the Nov. 3 election, adding to the potential for a chaotic election day and its aftermath.

Hackers are continuing to attack election systems used to register voters, store voter registration information, manage non-voting election processes or provide unofficial election night reporting, according to a joint announcement from the FBI and the Cybersecurity and Infrastructure Security Agency, known as CISA.

“These attempts could render these systems temporarily inaccessible to election officials, which could slow, but not prevent, voting or the reporting of results,” the agencies said.

That would exacerbate the tumult created by efforts to hold a presidential election amid the coronavirus pandemic and the uncertainty created by President Donald Trump’s assertions, without evidence, that Democrats will commit massive fraud through mail-in balloting. Asked whether there will be a peaceful transition of power, Trump said Wednesday that “we’re going to see what happens.”

The Federal Bureau of Investigation also put out a warning Thursday against voter fraud, including tampering with ballots or voting more than once.

“As Americans get ready to vote, the FBI is asking each citizen to remain vigilant and report any suspected criminal scheme targeting voters to the FBI immediately,” FBI Director Christopher Wray said in the statement.

So far, the U.S. authorities said in their joint statement, any cyber attacks they have tracked “have remained localized and were blocked, minimal or easily mitigated.”

“The FBI and CISA have no reporting to suggest cyber activity has prevented a registered voter from casting a ballot, compromised the integrity of any ballots cast, or affected the accuracy of voter registration information,” according to the announcement. The agencies said they now have “multiple safeguards and plans in place” to limit the impact even if hackers are able to do so.

“The FBI and CISA continue to assess that attempts to manipulate votes at scale would be difficult to conduct undetected,” they said.

In the lead-up to the 2016 election, U.S. intelligence agencies found that Russian hackers stole and leaked emails from Democratic Party officials as part of an effort to undermine Hillary Clinton’s campaign. At the same time, the Russia-based Internet Research Agency ran a social media campaign intended to help then candidate Trump and sow chaos among American voters.

— With assistance by Chris Strohm