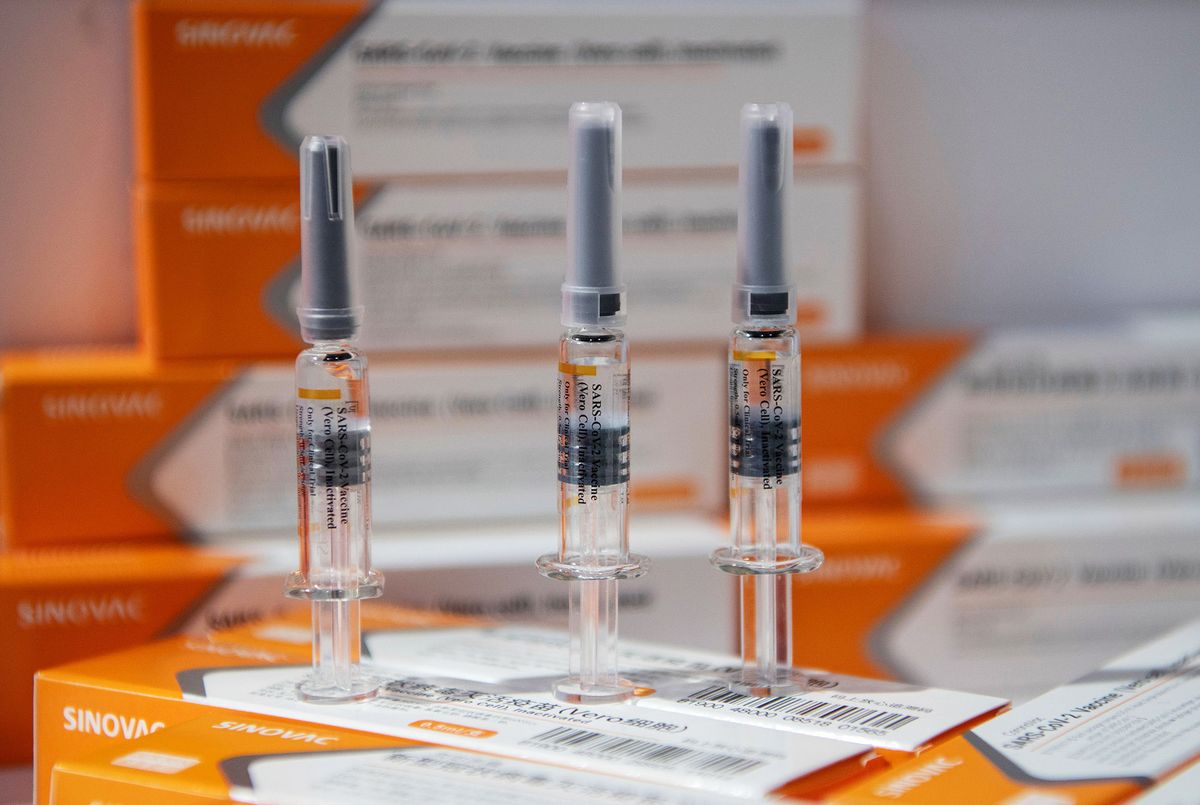 Chinese vaccine developer Sinovac Biotech Ltd. said that countries running its final-stage clinical trials like Brazil, Indonesia and Turkey will get its coronavirus shots at the same time as China, underscoring how vaccine supply agreements could cement diplomatic ties in the Covid-19 era.

One of three Chinese companies with vaccines in the last stages of testing, Beijing-based Sinovac will prioritize nations conducting its Phase III trials, and then offer doses to regions hard hit by the coronavirus, Chief Executive Officer Yin Weidong said during a government-organized media tour of the company’s facilities on Thursday.

Sinovac is expecting interim data as soon as November from its Phase III trial of almost 10,000 people in Brazil, said Yin. It will then seek regulatory approval in both China and Brazil for general use of its inactivated vaccine by year-end.

That timeline puts Sinovac neck-and-neck with western pharmaceutical firms including AstraZeneca Plc. and Moderna Inc. in the race to deliver a viable vaccine against the novel coronavirus. With outbreaks flaring again across Asia and Europe, and governments bracing for a fresh wave in the northern hemisphere winter, pressure is mounting for immunization efforts to deliver, with a vaccine key to countries re-opening their economies safely.

Though politicians like U.S. President Donald Trump have said that the first vaccines could be approved by November, the consensus among health experts and officials is that it’ll take years before vaccines are widely distributed and effective enough to neutralize the virus.

With around 10 vaccine candidates in various stages of human testing, China has promised to provide doses for at least 62 countries, signing formal agreements with allies like Indonesia and Pakistan. Meanwhile is appears to be blocking cooperation efforts with countries with which it has tense relations, such as Canada.

President Xi Jinping in May promised that China-developed vaccines will be a global “public good” that can be shared by all. Supplying vaccines to other countries could help repair China’s image around the world over how it handled the initial outbreak in Wuhan.

Sinovac’s Yin said that the company is also planning to start a vaccine trial on children, and that its dose can remain stable for up to 28 days at 37 degrees Celsius (98.6 degrees Fahrenheit), improving its ability to be distributed in developing countries.

The company’s vaccine, dubbed CoronaVac, is made with the coronavirus rendered inactive so that the pathogen cannot cause infection but can train the human immune system to recognize and respond to real infections.

State-owned China National Biotec Group is currently testing two coronavirus vaccines in countries across the Middle East and South America, while Tianjin-based CanSino Biologics Inc., or CNBG, is trialling a shot co-developed with the Chinese military in Russia and Pakistan.

Both Sinovac and CNBG’s shots have been approved for emergency use for doctors, nurses and other front-line workers under China’s vaccine law, while CanSino’s shot received approval for use within the Chinese military.

— With assistance by Sharon Chen, Dong Lyu, and Nicolas Bock