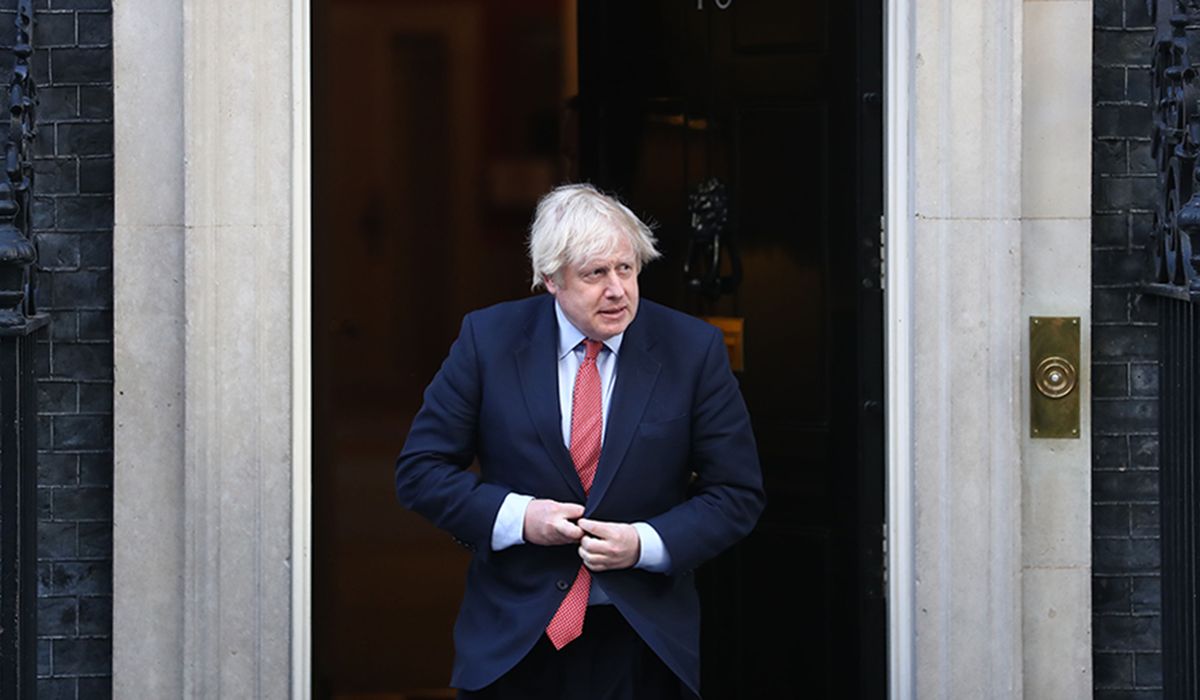 Boris Johnson will commit to spending on infrastructure to rebuild the coronavirus-ravaged U.K. economy in a major policy speech Tuesday and say balancing the books will have to wait until recovery is secure.

Reprising spending pledges he made before December’s general election, the prime minister will announce the acceleration of 5 billion pounds ($6.2 billion) of investment in roads, schools and hospitals and promise to publish a strategy for further capital spending in the fall.

“We will build build build. Build back better, build back greener, build back faster and to do that at the pace that this moment requires,” Johnson will say, according to extracts of the speech released by his office. What is needed is “a New Deal” and “a government that is powerful and determined and that puts its arms around people at a time of crisis,” he will say.

Johnson won a commanding 80-seat Parliamentary majority by promising to “level-up” left behind parts of the U.K. with spending on infrastructure and skills, but his plans were blown off course as ministers battled the pandemic, which has killed 43,575 people and plunged the economy into recession. As lockdown restrictions are lifted, he is seeking to regain the initiative and deliver on his pledges as the centerpiece of his rebuilding plans.

The prime minister, who has said he will not repeat the austerity policies his party imposed after the 2008 financial crisis, will compare his program to President Franklin Delano Roosevelt’s “New Deal,” which used government spending to help the U.S. out of the Great Depression in the 1930s.

And he’s prepared to increase borrowing to make it happen. In a briefing note about the speech, Johnson’s office said decisions over increasing taxes or cutting services to pay for the debt will have to wait.

“While in the long-term the government must set a path to balance the books, the prime minister is clear that we will not do so at the expense of investing now in the productive potential of the economy, or at the expense of the resilience of the U.K.’s public services,” it said.

With debt higher than GDP for the first time since 1963, Chancellor of the Exchequer Rishi Sunak will “provide an update” on the economy next week. The announcement angered the opposition Labour Party, which wants a full redrawing of the budget to focus on employment.

“Unemployment has climbed to its highest level in a generation, and our country is suffering the worst economic hit of all industrialized nations.” Anneliese Dodds, Labour’s economy spokeswoman said in a statement. “Instead of the Back-to-Work Budget our country needs focusing on one thing — jobs, jobs, jobs — the Chancellor will only be providing an ‘update’ on the economy.”

The 5 billion pounds Johnson will announce Tuesday is a fraction of the infrastructure spending announced in March, and may be unlikely to move the needle significantly in the U.K.’s economic recovery.

In March, Sunak committed to increase total infrastructure spending across the next five years by 100 billion pounds to a total of 600 billion pounds. While much of that investment was designed to helped reduce the U.K.’s long standing regional inequalities in growth and productivity, there are questions over whether such spending is the best way to stimulate the economy in its recovery from coronavirus.

“Infrastructure spending can get the biggest bang for the buck over the longer term, if projects are chosen carefully and boost productivity, but it is hard to find a large number of worthwhile shovel-ready projects that can boost demand quickly in the short term,” Julian Jessop, economics fellow at the IEA, said in an email Monday. “There is also a risk that the government simply takes jobs away from other priority areas, such as house building.”

A delayed National Infrastructure Strategy, which was originally scheduled for March, will be published in the fall, Johnson’s office said. The document will outline plans for “core” services including roads, energy networks, rail, flood defenses and waste.

The economic impact of restrictions to control the virus has been unprecedented, shrinking the economy by 20% in April alone and leaving officials fretting over the long-term scarring effects of what could be the deepest recession in more than 300 years.

While the government’s furloughing plan has ensured the U.K. has thus far avoided a wave of unemployment, data suggest the labor market is also weakening, and opposition parties have warned joblessness could soar to levels not seen since the 1980s unless support is extended beyond its October end-point.

The British Chambers of Commerce welcomed Johnson’s plans, though said he will need to move fast to achieve his goals.

“The infrastructure delivery plans announced by the Prime Minister are welcome, but they must take shape on the ground swiftly to give a real confidence boost to businesses and communities,” BCC Director General Adam Marshall said in a statement. “In his first inaugural speech, Franklin Delano Roosevelt said, ‘We must act, and act quickly.’ The same holds true in Britain today.”