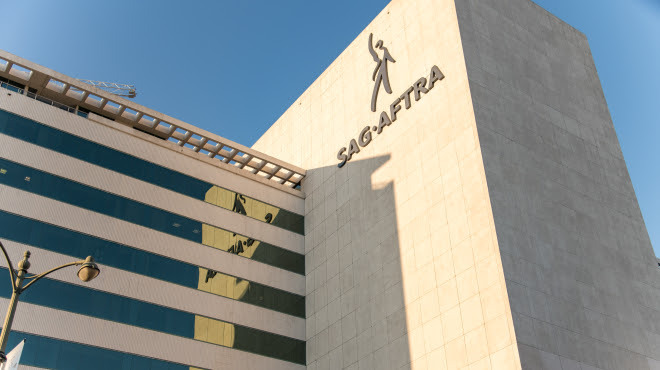 SAG-AFTRA’s national board tonight approved the union’s tentative new three-year film and TV contract by a vote of 67.6% to 32.4%. The union says the new pact with management’s AMPTP will boost members’ incomes by $318 million over three years, including a 26% gain in streaming residuals, and wage increases of 2.5% in the first year and 3% in each of the second and third years. Funding of the union’s benefits plans are projected to increase by $97 million over three years – with $54 million in additional funding for the Health Plan. There are also improvements to how foreign streaming residuals are calculated.

“I am thankful to the board for its approval and recommendation of this agreement,” said SAG-AFTRA president Gabrielle Carteris, who chaired the union’s negotiating committee. “This deal represents the needs and interests of our members as they shared them with us during our national Wages and Working Condition meetings held across the country. First and foremost, we achieved a 26% increase in streaming residuals. In addition, a terrific wage package and an outsized increase in SAG-AFTRA Health Plan contributions. I am confident that this future-focused agreement is the strong foundation we need to evolve with the significant changes in our industry and our employers’ business models.”

Added David White, the union’s national executive director and chief negotiator, “I am grateful to our negotiating committee and staff for their tireless and exceptional work on these once-in-a-generation negotiations. In voting to recommend approval of this forward-thinking agreement to our members, the board is helping to usher in a new era for how our members work and earn a living. We achieved unprecedented increases in residuals in the fastest-growing category, we secured ground-breaking protections for members in the areas of nudity, simulated sex and sexual harassment, and we strengthened our benefit plans.”

The agreement, which must now be ratified by the members, contains historic improvements in protections for performers working in the nude or performing in simulated sex scenes. Highlights include stricter safeguards at auditions and interviews; a 48-hour review period for riders; clarity to the authorized use of digital doubles and digitization; access to discuss the terms of the rider, and stringent rules during production, including closed set definitions and the prohibition of recording with personal devices.

Additional gains include improvements on how overtime is calculated for stunt performers employed by the week on episodic series under schedule H-II; an additional covered background position for West Coast episodic production commencing in year two, resulting in an additional 2,100 background jobs per year under historical employment patterns and increases to money and schedule breaks.

The guild said that changes to provisions pertaining to broadcast syndication “are consistent with the industry pattern for this declining business.” For new licenses, the fixed residual has been replaced with a revenue-based residual, however those programs that are currently syndicated under an existing license will continue to pay residuals under the current fixed residual formula through both the duration of the license and any extensions. The union also achieved protections that eliminate the advance payment of residuals for future syndication for performer contracts entered into on or after July 1, 2020.

Negotiations began on April 27 via videoconference and concluded on June 11. The union said that although the board vote didn’t reach the threshold required to trigger the board’s consideration of a minority report, one will be included when members vote.