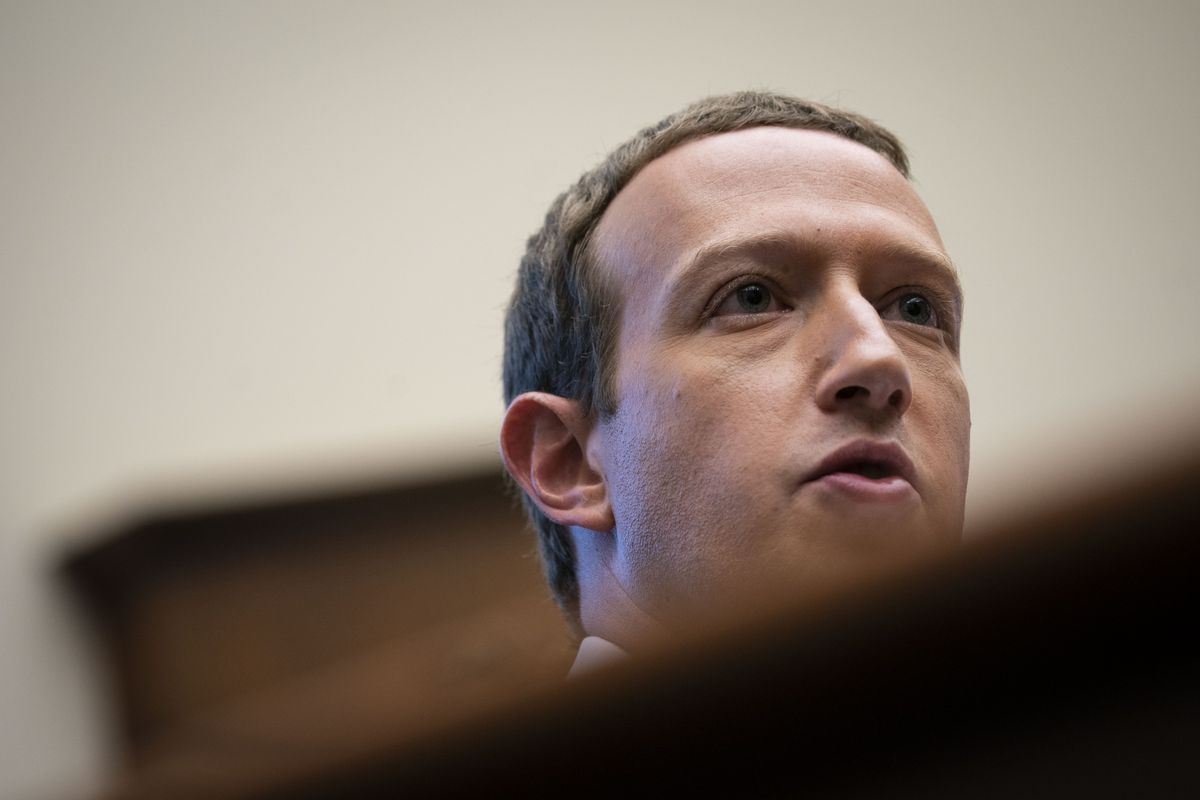 Facebook Inc. has succeeded for years in fending off critics and regulators in Washington who’ve complained about the company’s market power and its failure to protect privacy, police hate speech and curb political disinformation.

Now, a boycott by major advertisers and a subsequent slide in its shares are forcing the world’s largest social media network to reckon with the very issues that policy makers have long failed to resolve.

The corporate backlash also could embolden Congress to take its own action. Some concerns about the company’s massive reach and failure to deal with problematic speech are shared by Democrats and Republicans alike.

“We have gotten to a tipping point,” said Hany Farid, a professor at University of California-Berkeley. “The Trump administration, Covid, Black Lives Matter, the ugliness social media is surfacing — I think people finally realize this is not OK, this is not an open exchange of ideas. This is blatant hatefulness and divisiveness.”

The growing exodus by advertisers started last week by companies including Unilever NV, Coca-Cola Co. and Starbucks Corp. over concerns about ads appearing next to inappropriate content on the platform. The boycott, which drove down Facebook’s stock more than 8% Friday — though it recovered some ground Monday — was aimed at pushing the social network and its peers to limit hate speech and posts that divide and misinform.

The boycott has put a spotlight on Facebook’s policies at time when the company is already under intense scrutiny in Washington over multiple issues and is facing a push to raise liability for third-party content in addition to multiple antitrust inquiries.

Facebook’s co-founder and Chief Executive Officer Mark Zuckerberg announced policy changes Friday, saying it will now label posts that are newsworthy but violate its rules — which could apply to posts by President Donald Trump and other politicians. It will also label posts that include information about voting with a link encouraging users to get facts from state authorities.

Facebook’s decision not to fact-check political speech is one of a series of policy choices that many in Washington believe favored the right as the company countered complaints from conservatives that it’s biased. That hands-off approach to content fueled advertisers’ complaints that Facebook has become a haven for hate speech and misinformation as protests against racial injustice sweep the country.

Zuckerberg is facing fresh demands from Democrats on Capitol Hill for answers on how he’s dealing with hate groups on his platform.

Three Democratic senators — Mark Warner of Virginia, Mazie Hirono of Hawaii and Robert Menendez of New Jersey — are sending him a letter Tuesday asking how the company will enforce its bans on hate speech, white supremacy, incitement and similar content. They ask whether Facebook should still enjoy civil liability protections when people use its tools to coordinate violence.

“We do not profit from hate, and we have no incentive to have hate on our platform,” Nick Clegg, Facebook’s vice president for global affairs, told Bloomberg TV on Monday. “We don’t like it. Crucially, our users don’t like it.”

Zuckerberg won plaudits from the right and criticism from civil rights groups when he pledged in a speech last October that the company would continue to stand up for “free expression” on the platform, amid fury that Trump was using the platform to spread misinformation.

For example, Facebook determined that Trump posts on mail-in ballots didn’t violate its policies, while Twitter slapped fact-checks on the president’s tweets.

In 2016, Facebook opted not to purge the platform of some fake news amid concerns that the move would disproportionately hurt conservatives, Bloomberg has reported. As it wooed Republicans, Facebook angered Democrats, fraying its ties to the left as former Vice President Joe Biden, Trump’s Democratic opponent, rises in the polls. The controversy is coming to a head as the November election looms.

Last year, Facebook refused to take down a manipulated video of House Speaker Nancy Pelosi which showed her slurring her words. Facebook later labeled the video as false, which limited its spread, but left up the content.

“They intend to be accomplices with misleading the American people,” Pelosi told reporters earlier this year. “I think their behavior is shameful.”

The biggest potential risk for Facebook in Washington is the growing, bipartisan desire to change Section 230 of the Communications Decency Act, which protects Facebook and other online platforms from lawsuits over content posted by users.

Long credited with fostering the explosive growth of the internet, that provision is now under attack at the highest political levels, including by both Trump and Biden.

A flurry of proposals have emerged in recent months from Republican senators, bipartisan groups of lawmakers, the Justice Department and the White House, with more on the way. Trump recently signed an executive order aiming to limit the legal shield if online platforms are politically biased in their moderation.

Democratic Representative David Cicilline of Rhode Island, who’s leading an antitrust panel that’s investigating Facebook and other technology giants, said “we have to look at Section 230 very carefully,” adding that he’s particularly concerned about how Facebook promotes and monetizes controversial content even as the law exempts it from liability for those decisions.

Cicilline also wants to pull in Zuckerberg for a hearing before his panel issues a report on its antitrust review of the technology sector in coming weeks. That investigation, which is in its final stages, is to issue recommendations to change antitrust law, which have implications for Facebook.

Facebook faces additional antitrust scrutiny from the U.S. Federal Trade Commission, which fined the company a record $5 billion last year over the Cambridge Analytica episode and other data lapses. The Justice Department, which also enforces antitrust law, has its own probe underway, as does a coalition of state attorneys general led by New York’s Letitia James.

Those inquiries potentially pose the most significant threat to Facebook.

“Facebook already understands there are going to be modifications to section 230,” said Guy Rolnik, a professor at the University of Chicago’s Booth School of Business. “What they are not ready for and what they will fight tooth and nail is a breakup of the company and if it’s a Biden administration this is what’s going to be on the table.”

Up until now, Wall Street has shrugged off any risk. Facebook shares rose about 90% from the day Trump was inaugurated to a June 23 high, before the boycott started to eat into the stock price. The company brought in more than $70 billion in revenue in 2019.

Some market watchers think the stock will bounce back as advertisers will eventually be compelled to return by the number of customers they can reach on the platform.

Facebook’s shares rose 2% Monday, in line with the broader market, even amid reports that corporate giants like Microsoft Corp., Ford Motor Co. and The Clorox Company had joined the boycott.

“These companies are going to come back, because when you have 3 billion people, I don’t think any users are really going to get away from using Facebook,” said Gary Bradshaw, a portfolio manager at Hodges Capital Management in Dallas.

— With assistance by Sarah Ponczek, and Erik Wasson