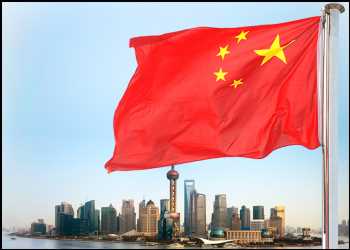 China’s strict zero-covid policy took the economic growth to one of the weakest in decades, but the lifting of stringent measures over December is widely expected to boost industrial production, exports and retail sales in the new year.

The second largest economy grew only 3.0 percent in 2022, marking the weakest expansion in decades, figures from the National Bureau of Statistics revealed on Tuesday.

By a bigger margin, the gross domestic product, or GDP, growth missed the government’s full year target of around 5.5 percent. In 2021, the economy had expanded about 8.1 percent.

The full year 2022 figure was better than 2.2 percent expansion in 2020, which was the weakest since 1976, after the Covid-19 pandemic ravaged economic activity across the world.

In the fourth quarter, GDP posted an annual growth of 2.9 percent, which was weaker than the 3.9 percent expansion seen in the third quarter. However, this was faster than the 1.8 percent increase economists had expected.

On a quarterly basis, GDP remained flat, confounding expectations for a decline of 0.8 percent.

“The foundation of domestic economic recovery is not solid as the international situation is still complicated and severe while the domestic triple pressure of demand contraction, supply shock and weakening expectations is still looming,” Kang Yi, head of the NBS, said.

China’s provinces are projecting economic growth of 5-6 percent for 2023. The government’s full year target will be announced at the National People’s Congress in March.

Last week, the World Bank said activity in China remains vulnerable to a prolonged drag from the real estate sector and continued pandemic-related disruptions. The lender forecast China’s economy to expand 4.3 percent in 2023 and 5.0 percent next year.

In 2022 as a whole, retail sales dipped 0.2 percent and industrial production grew 3.6 percent.

Moreover, industrial production climbed 1.3 percent from the last year, bigger than the 0.2 percent expected growth. However, the pace of growth moderated from 2.2 percent.

During January to December 2022, fixed asset investment advanced 5.1 percent from the last year, again better than the 5.0 percent expected expansion.

The urban unemployment rate dropped to 5.5 percent in December from 5.7 percent in November.

While data was not as bad as feared, activity at the end of 2022 was still depressed, leaving plenty of upside as disruption from the reopening wave of infections eases, Capital Economics’ economist Julian Evans-Pritchard said.

The economist noted that high frequency data signals that this rebound is already well underway. For 2023, Capital Economics expects GDP growth of 5.5 percent.