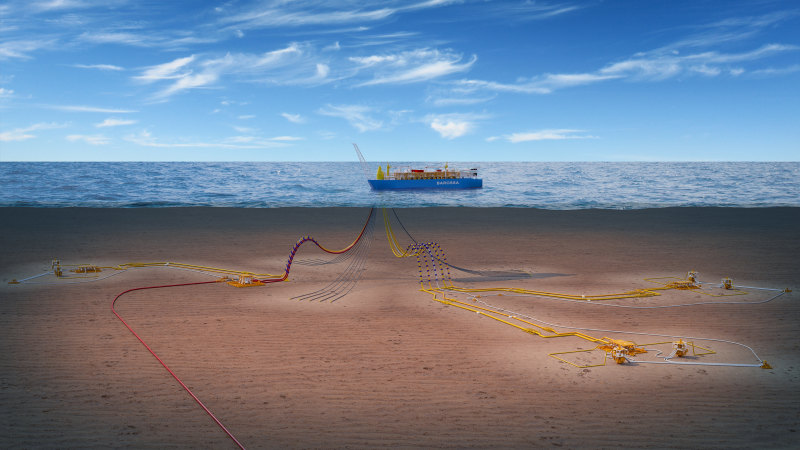 Indigenous heritage concerns have again hit Santos’s flagship Barossa gas project north of Darwin after the offshore regulator effectively halted construction of a 262-kilometre-long offshore pipeline just weeks before it was to start.

Offshore environment regulator NOPSEMA directed Santos on January 13 to engage independent experts to assess if there are any sites along the pipeline route that may have spiritual or cultural importance to Indigenous people and then if necessary adjust its plans. 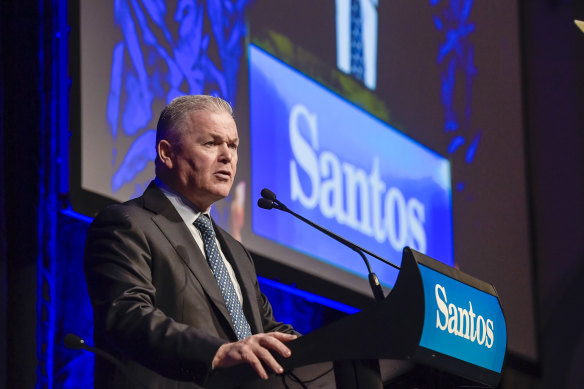 Santos chief executive Kevin Gallagher will reap a $6 million bonus at the end of 2025 if he can get Barossa and other projects completed. Credit:Roy VanDerVegt

Santos has undertaken not to start pipeline construction until this is done, according to the NOPSEMA direction made public on Monday that in itself does not forbid construction to go ahead.

Drilling in the Barossa gas field north of Darwin stopped in early October after Tiwi Islands traditional owner Dennis Tipaklippa won a Federal Court case over not being consulted when Santos prepared an environment plan for submission to NOPSEMA.

The latest setback to Santos’ flagship project comes at a sensitive time as a loan from the Korea Trade Insurance Corporation to SK to support its investment in 37.5 per cent of Barossa is understood to need to be renewed by Thursday. The corporation and the Export-Import Bank of Korea which together loaned $US330 million ($470 million) to SK already have concerns about the high level of emissions the project will produce due to the carbon dioxide in the reservoir.

Santos was asked if the regulator’s action would delay the start-up of Barossa planned for the first half of 2025 and did not respond.

In December Santos planned for the specialised vessels required to lay the pipeline on the seabed to arrive in Darwin in late January to commence five to six months of work. The two vessels owned by Dutch company Allseas are now moored off Singapore according to vessel monitoring site MarineTraffic.

NOPSEMA inspectors reviewed Santos’ environment plan for the pipeline installation “at short notice” in late December, according to the direction, and identified more information was required about risks to underwater cultural heritage balance along the pipeline route that goes within seven kilometres of the Tiwi Islands.

A Santos spokeswoman said its environment plan for the pipeline was accepted by NOPSEMA in March 2020 following a full consultation process and all matters identified during the process were addressed.

“The pipeline installation is a low-impact activity involving the laying of pipe on the sea floor,” she said.

“There are no dredging or trenching activities.”

A NOPSEMA spokesman said while the environment plan remains in force it expected Santos would not undertake any work where risks haven’t been adequately identified and managed.

Both delays to Barossa have occurred to work that already had a plan accepted by the regulator.

Santos’ current pipeline environment plan only covers its original proposal for a pipeline from Barossa to join an existing pipeline from the Bayu Undan field in Timor Leste waters to Santos’ Darwin LNG plant that will be unused in a few months when production ceases.

In August 2022 Santos decided to pipe Barossa gas all the way to shore at an additional cost of $US622 million ($885 million) to leave the Bayu Undan pipeline available to send carbon dioxide to the disused gas field for storage.

The Barossa project is operated and 50 per cent owned by Santos, SK has a 37.5 per cent stake and Japan’s JERA owns 12.5 per cent.