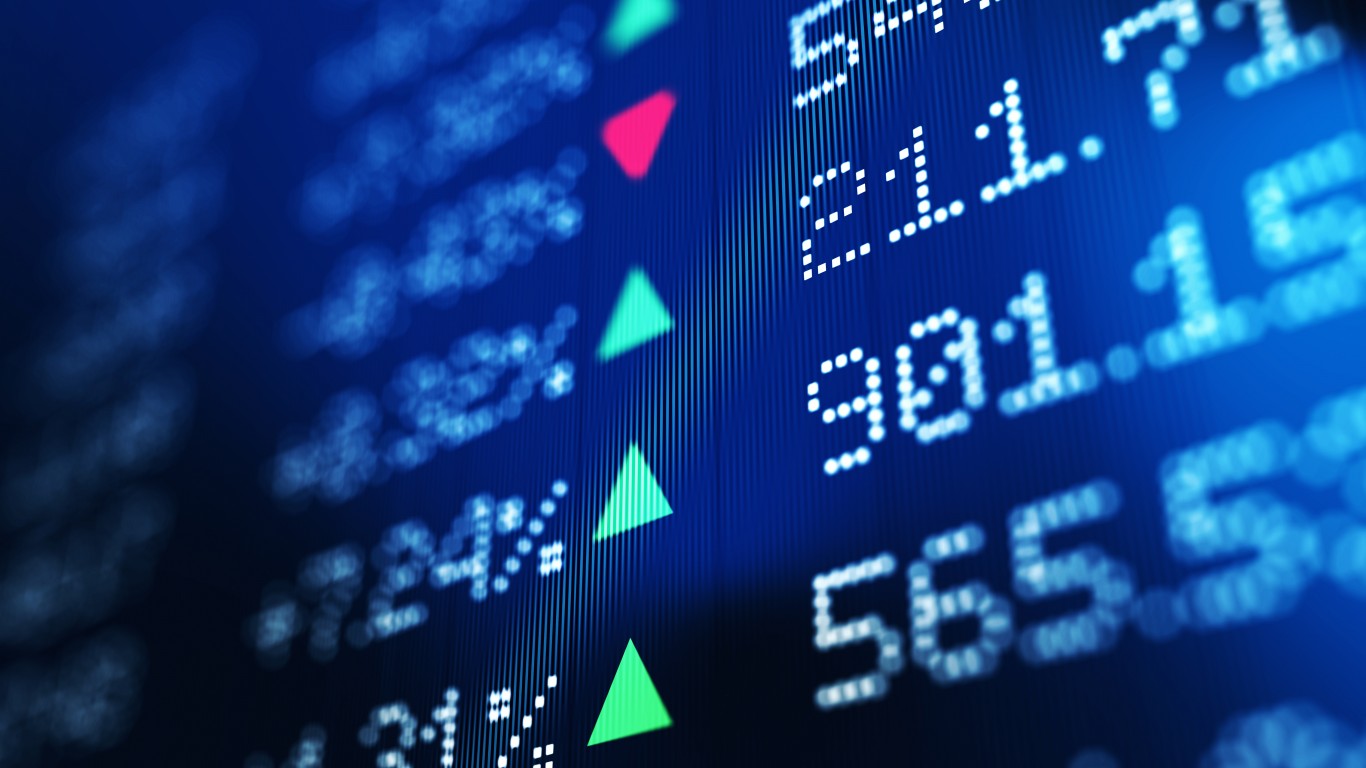 The futures were trading mixed after the Federal Reserve delivered the expected 75-basis-point increase raising the federal funds rate to 3.00% to 3.25%. All the major indexes closed lower after the announcement in the afternoon. Now investors will be waiting until early November, when the Federal Open Market Committee meets again. It is expected that if inflation starts to back up some from the current red-hot levels, the next increases may be lowered to 50 basis points, but the reality is that Fed Chair Jay Powell is going to keep his foot on the interest rate gas pedal until we see a significant decline.

Treasury yields were lower across the curve. However, the two-year note is at the 4.05% level, the highest yield in 15 years, as the inversion with the 10-year note widened to 54 basis points. Bond market pros have long seen the inversion between the two securities as an indicator of recession, which technically we already are in.

Brent and West Texas Intermediate crude were both lower, as analysts across the energy complex noted that the U.S. Energy Information Administration reported an inventory build of 1.1 million barrels for the week ending September 16. Natural gas closed lower on the day, while gold and Bitcoin ended the trading day modestly higher.

These are the top analyst upgrades, downgrades and initiations seen across Wall Street on Thursday September 22, 2022.

Arista Networks Inc. (NASDAQ: ANET): Barclays upgraded the stock to Overweight from Equal Weight and has a $131 price target. The consensus target is up at $150. The final trade for Wednesday hit the tape at $113.82.

CrowdStrike Holdings Inc. (NASDAQ: CRWD): Truist Financial reiterated a Buy rating with a $275 target. That compares with the lower $238.48 consensus target and Wednesday’s closing print of $169.25.

Duckhorn Portfolio Inc. (NASDAQ: NAPA): BofA Securities reiterated a Buy rating on the popular vineyard and winemaker while cutting its $24 target price to $18. The consensus target is $21.71 for now. The shares were hammered last week after a competitor posted dreadful results. The stock closed on Wednesday at $14.56.

Estee Lauder Companies Inc. (NYSE: EL): Goldman Sachs upgraded shares of the legacy fragrance and perfume company to Buy from Neutral and bumped its target price to $303 from $298. The consensus target is $309.70. Wednesday’s close was at $237.86.

HireRight Holdings Corp. (NYSE: HRT): Needham initiated coverage with a Buy rating and a $22 target price. The consensus target is $19.78. The stock closed on Wednesday at $16.48, up almost 4% on the new coverage.

Intellia Therapeutics Inc. (NASDAQ: NTLA): J.P. Morgan started coverage with an Overweight rating and an $85 target price. That compares with a $122.48 consensus target and Wednesday’s final print of $59.47, which was down almost 5% for the day.

Matador Resources Co. (NYSE: MTDR): MKM Partners resumed coverage with a Buy rating and a $68 target price. The consensus target is $75.27. The last trade on Wednesday was at $54.37.

Morgan Stanley (NYSE: MS): Goldman Sachs raised its $85 price target on the Buy-rated shares to $94. The consensus target was not available. The last trade on Wednesday came in at $86.36.

Nvidia Corp. (NASDAQ: NVDA): Truist Financial reiterated a Buy rating on the chip giant and has a $198 target price. The consensus target is $201.36. The stock was last seen on Wednesday trading at $132.61.