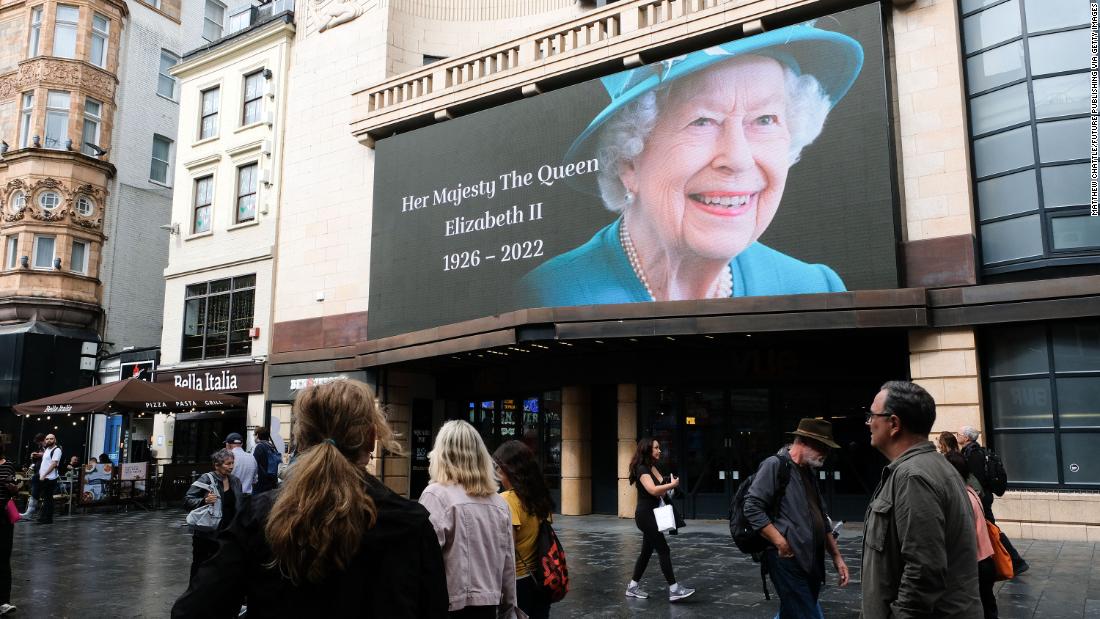 London (CNN Business)Much of Britain will come to a standstill on Monday for the funeral of Queen Elizabeth II.

The government has declared the day an official holiday to allow people to pay their respects, meaning that all banks, the London Stock Exchange, public offices and most businesses will shut.
The short notice — the holiday was confirmed a week ago — also means several hospitals have postponed non-urgent procedures.

Monday differs in other ways from most UK public holidays. Hospitality and retail venues that typically stay open to profit from a surge in demand are closing their doors out of respect for the late monarch. 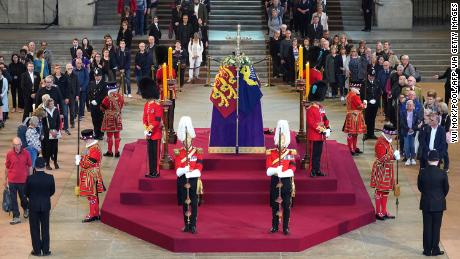 The slowdown in business activity could hurt the UK economy at a difficult time. A two-day public holiday in June to mark the Queen’s 70 years on the throne contributed to a 0.6% drop in economic output that month, according to the Office for National Statistics.

Danni Hewson, an analyst at investment firm AJ Bell, told CNN Business that, while it was difficult to estimate the economic impact, the United Kingdom is “already trudging towards a recession, so any hit to productivity will come at a price.”
Here’s a look at the businesses that are — unusually — shutting up shop for the day, and the few that are staying open:

Cinema chain Vue, unlike its major rivals, will keep some venues open for live screenings of the funeral. The broadcast will start at 10 a.m. and last for three hours, covering the service in Westminster Abbey as well as parts of the procession of the Queen’s coffin.
Viewers won’t have to pay for tickets, and they’ll be given a free bottle of water, but they won’t be able to buy popcorn or other snacks and drinks.
Many of the nation’s pubs will be serving drinks, however, while also broadcasting the funeral.
Greene King runs more than 2,700 pubs across England, Wales and Scotland, making it the largest chain in the United Kingdom. A company spokesperson told CNN Business that its venues would open on Monday “for communities to gather to mourn and reflect together on the life of the Queen.”
JD Wetherspoon, a popular chain of about 840 pubs across the country, told CNN Business that most of its venues would be closed during the funeral service but would open from around 1 p.m., while those in central London and at rail stations and airports would remain open.
London hotels are already doing big business as people from around the country and overseas flock to the capital. Many are now fully booked, while room rates have tripled in some cases.
Travelodge, which has 78 budget hotels in London, said its staff were working “around the clock” in preparation for the Queen’s funeral.
“[Our] hotels in central London and Windsor are literally sold out, and demand is growing strong for our hotels situated near to a train or tube station throughout Greater London,” a spokesperson told CNN Business.
UK road and rail networks are expected to be busy. But there could be some disruption.
London’s Heathrow airport is altering 15% of its flight schedule to reduce noise over central London while the funeral is taking place, meaning there will be cancellations.

Finding a Big Mac or a pizza will be difficult. All of McDonald’s (MCD) roughly 1,200 locations across the United Kingdom will be closed Monday until 5.pm.
The majority of Pizza Hut restaurants and delivery stores will stay shut until 2 p.m. on Monday after the funeral service has finished, a company spokesperson confirmed to CNN Business.
Greggs, a popular bakery with more than 2,000 stores, said it would shut its doors, while some of its franchise stores could stay open.
Apart from Vue, most cinemas, including those operated by Cineworld and Odeon, will be closed, and a raft of London’s West End theaters have canceled shows, including Hamilton, Mary Poppins and The Phantom of the Opera.
Britons may also want to stock up on a few extra groceries this weekend.
Most major supermarkets — which normally remain open on public holidays for a reduced number of hours — are planning to close for the funeral.
Tesco (TSCDF), the country’s biggest supermarket chain, will shut its larger stores on the day. Smaller stores would open in the evening. Other big supermarket chains, Sainsbury’s, Aldi and Morrisons said they would also shut.
Other retailers planning to close include Harrods, Ikea, H&M (HNNMY), John Lewis, Argos and Primark.
Apple (AAPL) confirmed to CNN Business that it would close all of its 39 stores in the country on Monday. 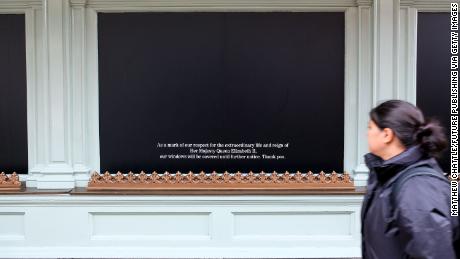 Marks & Spencer also said it would close its outlets for the whole day, with some exceptions in central London.

“Due to the millions of expected mourners traveling on the day we will have a small number of stores open in the London and Windsor area to support those paying their respects to buy food and refreshments,” the company said on its website.
— Morgan Povey, Jordan Valinsky, Alex Hardie, Sharon Braithwaite and Tamara Hardingham-Gill contributed reporting.
Source: Read Full Article