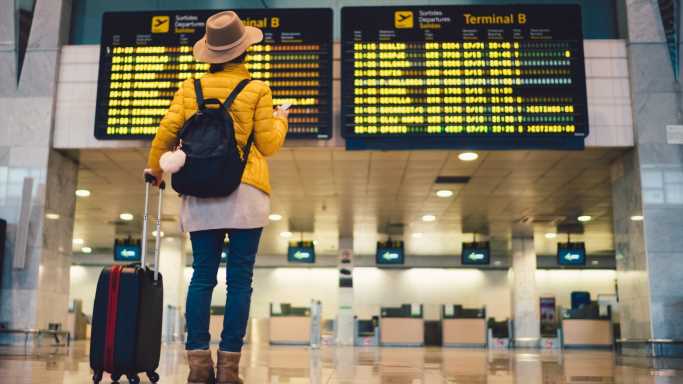 Flying has been a nightmare for months. Airport delays and flight cancellations have been caused by pilot and crew shortages, bad weather and inadequate reservation systems. The industry was not prepared for the surge in customer demand after it almost disappeared due to the COVID-19 pandemic. Many planes were put out of service and had to be brought back online. Some carriers even have offered pilots who retired bonuses to return to service.

Customer satisfaction has plunged. For carriers, it does not matter. Demand is so great that even disgruntled passengers will get on flights. Violent incidents involving passengers have not throttled back the number of people who want to travel by air.

Delays and cancellations are much worse at some airports than others.

Bloomberg reports that AirHelp made a survey of 37,000 cancellations across 400 U.S. airports from May 27 through July 15. This includes the heavy Memorial Day and July 4 weekends, well known for heavy travel. The average number of flight cancellations by airport was 2.6%.

The two airports with the worst cancellation rates serve the greater New York City area. The first is LaGuardia, named after a New York City mayor. It has an odd place in America’s airport systems. Its short runways do not allow it to service large jets. Therefore, it gets no traffic from the west coast or overseas. It is close to the city and known for crowded parking, lengthy check-in lines and unusually long periods to get through security checks. Of the outgoing flights from LaGuardia in the measured period, 7.7% were canceled.

The airport with the second highest number of cancellations only became a major airport for New York travelers a few decades ago. Newark Liberty International airport is well outside the city. It was once rarely used for passenger planes. Today, it serves many people from the west side of New York and the parts of New Jersey that are in the metro area. A total of 7.6% of the flights out of Newark were canceled.

Interestingly, the third major New York airport, the John F. Kennedy International, was not among the top 10 airports with the highest cancellation rates.

ALSO READ: This Is the Best US Airport for Summer Travel

The other airports with the worst cancellation rates are scattered across the country, from Washington to Cleveland to Miami. No matter what the location, the problem is bound to get worse.