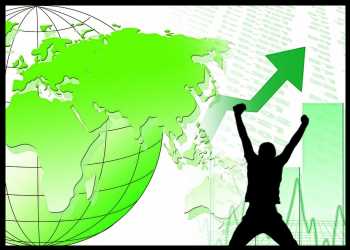 However, rising tensions between the U.S. and China after House Speaker Nancy Pelosi’s visit to Taiwan and the threatened response by China is weighing on the market.

The Australian stock market is modestly higher on Thursday, recouping the losses in the previous session, with the benchmark S&P/ASX 200 just below the 7,000 mark, following the broadly positive cues from global markets overnight, with the gains led by technology and financial stocks, partially offset by weakness in materials and energy stocks.

Among major miners, BHP Group and OZ Minerals are edging down 0.1 to 0.3 percent each, while Fortescue Metals and Rio Tinto are losing almost 1 percent each. Mineral Resources is advancing almost 2 percent.

Oil stocks are mostly lower. Santos and Woodside Energy are losing almost 1 percent each, while Beach energy is declining almost 3 percent and Origin Energy is edging down 0.5 percent.

Among the big four banks, National Australia Bank, Commonwealth Bank and ANZ Banking are gaining almost 1 percent each, while Westpac is adding more than 1 percent.

In other company news, shares in Orica are surging almost 10 percent after the explosives company announced the proposed acquisition of mining technology provider Axis in a $260 million all-cash deal.

In the currency market, the Aussie dollar is trading at $0.696 on Thursday.

The Japanese stock market is modestly higher on Thursday, extending the gains in the previous session, with the Nikkei 225 just below the 27,900 level, following the broadly positive cues from global markets overnight, boosted by strength in technology stocks, which mirrored their peers on the tech-heavy Nasdaq.

Market heavyweight SoftBank Group is gaining more than 2 percent and Uniqlo operator Fast Retailing is edging up 0.3 percent. Among automakers, Honda is edging down 0.4 percent and Toyota is flat.

In the tech space, Screen Holdings is gaining almost 3 percent, Advantest is adding more than 3 percent and Tokyo Electron is up 3.5 percent.

In the banking sector, Mitsubishi UFJ Financial is losing more than 1 percent, while Sumitomo Mitsui Financial and Mizuho Financial are edging down 0.1 to 0.3 percent each.

Among the other major gainers, Casio Computer is surging more than 7 percent, Subaru is gaining almost 7 percent and Sumitomo Electric Industries is adding almost 6 percent, while CyberAgent, Kawasaki Kisen Kaisha are up almost 4 percent each. Keio and Daiichi Sankyo are advancing more than 3 percent each.

In the currency market, the U.S. dollar is trading in the higher 133 yen-range on Thursday.

Elsewhere in Asia, Hong Kong is up 1.7 percent, while New Zealand, China, South Korea, Singapore, Malaysia and Indonesia are higher by between 0.1 and 0.6 percent each. Indonesia and Taiwan are down 0.5 and 0.1 percent, respectively.

On Wall Street, stocks moved sharply higher during trading on Wednesday, offsetting the pullback seen over the two previous sessions. The rally lifted the tech-heavy Nasdaq to a three-month closing high, while the S&P 500 reached its best closing level in almost two months.

The major European markets all also moved to the upside on the day. While the U.K.’s FTSE 100 Index climbed by 0.5 percent, the French CAC 40 Index and the German DAX Index both jumped by 1.0 percent.

Also, OPEC+ agreed to a tiny increase in output next month amid fears that a global recession will crimp demand. West Texas Intermediate Crude futures for September sank $3.76 or 4 percent at $90.66 a barrel.