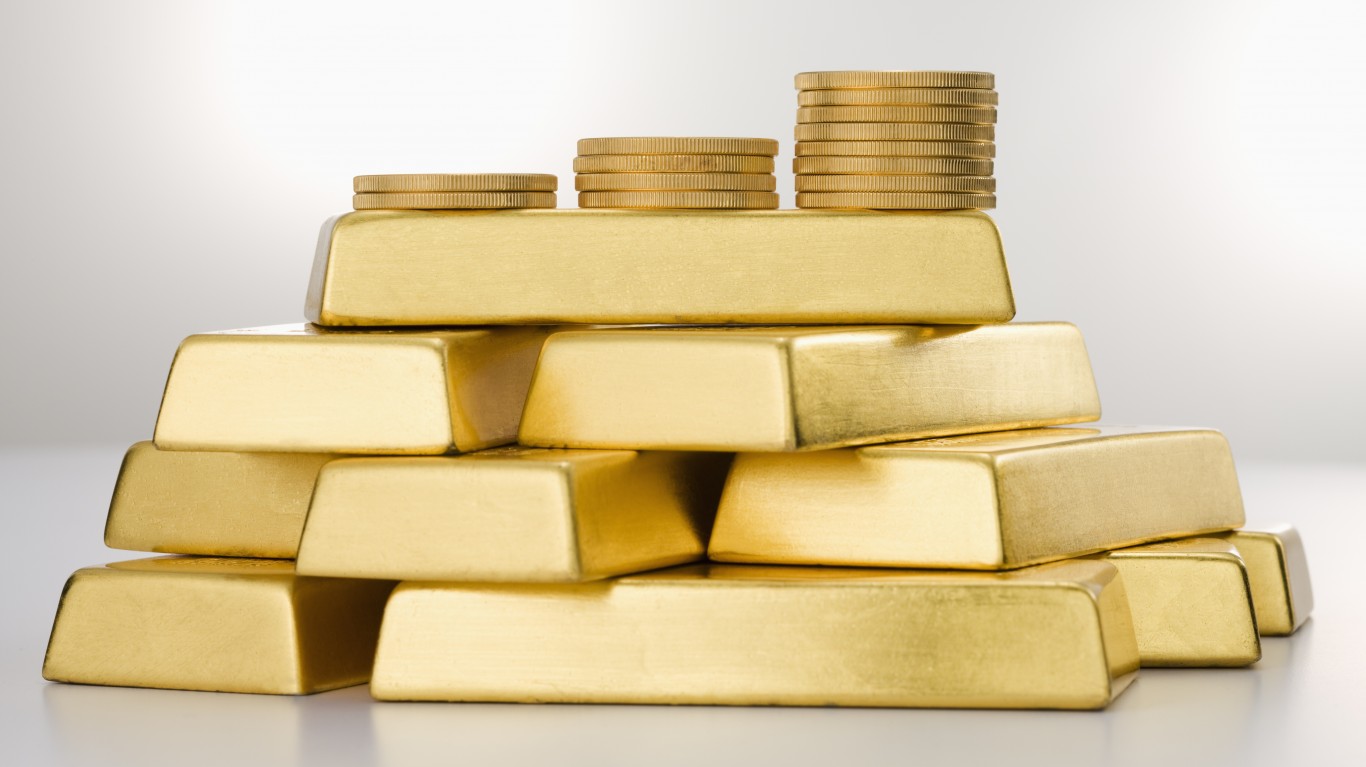 Gold reached a year-to-date high of nearly $2,080 an ounce in early March. Since then, the price has dropped by about 15.8% as of mid-morning trading Thursday. That’s pretty much the story for the yellow metal’s second quarter. Demand for gold fell by 8% in the quarter, according to the World Gold Council’s quarterly demand trends report.

The second-quarter downturn followed a 34% year-over-year demand increase in the first quarter. For the first half of 2022, demand for gold was up 12%. The primary drivers of the increase, according to the WGC, were the Russian invasion of Ukraine and rising inflation.

Gold held in exchange-traded funds (ETFs) rose to a total of 273 metric tons (tonnes) in the first quarter of 2022 compared with outflows of 174 tonnes in the first quarter of 2021. In the second quarter, gold-backed ETFs recorded outflows of 39 tonnes. North American outflows in the second quarter totaled 42 tonnes and “were concentrated among the largest and most liquid US funds and were fueled by shifting expectations on the likely pace of US interest rate rises.”

Demand for gold coins and bars fell by 35% year over year to 37 tonnes in mainland China following a decline of 43% to 49 tonnes in the first quarter. The first quarter’s decline was driven by “the combination of a sharp gold price rally and lockdowns imposed on various cities across China,” a reference to the pandemic.

The WGC noted that “a potential softening of inflation amid aggressive monetary policy tightening” along with a strong dollar “could also create headwinds for investment, both through ETFs and the OTC [over-the-counter] market.”

The good news, at least for gold bugs, is that weaker equities and fixed income investments could generate upside potential for gold as a safe haven in a recessionary environment. While commodity markets, particularly oil and copper, are softening, commodities overall remain “precarious and renewed [price] spikes can’t be ruled out.”

Gold’s 2022 outlook also got a boost earlier this month when the WGC reported that in a survey of central bankers, 61% said they expected global gold reserves to increase this year. A quarter of the respondents also said their own central banks would be boosting reserves this year.