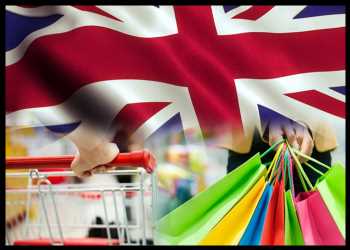 UK consumer price inflation rose further in May at the fastest pace in 40 years on rising energy and food prices, deepening the cost of living crisis.

Consumer price inflation rose to 9.1 percent in May, in line with expectations, from 9.0 percent in April, data from the Office for National Statistics revealed on Wednesday. The ONS said the consumer price index would last have been higher around 1982.

Commenting on today’s inflation figures for May, ONS Chief Economist Grant Fitzner said, “Though still at historically high levels, the annual inflation rate was little changed in May.”

The latest moderate rise in inflation will not prevent the Bank of England from raising interest rates further, but it may encourage it to opt again for a 25 basis point rate hike at its next meeting in August rather than upping the ante with a half percentage point hike, Capital Economics economist Paul Dales said.

At the June policy-setting meeting, the BoE had forecast inflation to rise above 11 percent in October. To combat surging inflation, the BoE had raised the interest rate by a quarter-point to 1.25 percent, which was the highest since early 2009.

On a monthly basis, consumer prices gained 0.7 percent, but much slower than the 2.5 percent increase posted in April, ONS said. Prices were forecast to climb 0.6 percent.

The consumer prices index including owner occupiers’ housing costs rose 7.9 percent in the twelve months to May, up from 7.8 percent in April. The statistical office said the rate was last higher in the constructed historic estimates in April 1991.

Another report from the ONS showed that output prices advanced at a faster pace of 15.7 percent on year after rising 14.7 percent in April. The rate was forecast to remain unchanged at 14.7 percent.

Month-on-month, output prices moved up 1.6 percent, but slower than April’s 2.8 percent gain. This was the first time the monthly rate has slowed since February 2022. The rate was forecast to slow to 1.5 percent.

At the same time, input prices logged another double-digit growth of 22.1 percent annually, faster than the 20.9 percent rise in April. Economists had forecast inflation to slow to 19.4 percent.

The monthly growth in input prices slowed to 2.1 percent from 2.7 percent in April. The monthly rate slowed for the second consecutive month following a record high of 4.9 percent in March.