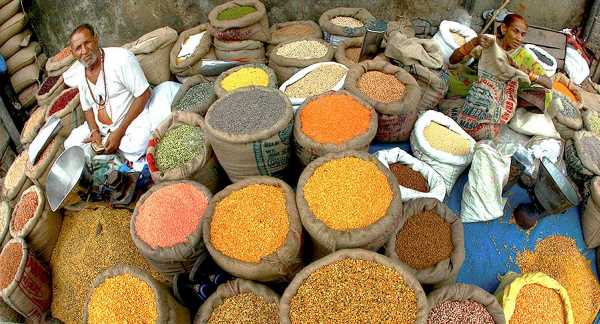 Prices of food items like cereals, pulses, and edible oils rose or remained steady in May, a Reserve Bank of India (RBI) report said, indicating there could be another higher inflation print. However, it observed that the Monetary Policy Committee’s (MPC’s) surprise move to increase interest rates bodes well for its credibility.

The RBI’s monthly State of the Economy report, released on Tuesday, citing high frequency food price data from the Ministry of Consumer Affairs for the period May 1-12, said the increase in the prices of cereals was primarily because of the surge in wheat prices.

While retail prices of petrol and diesel in the four major metros have remained steady so far this month, LPG prices have increased by Rs 50 per cylinder, the report said.

Headline consumer price index (CPI)-based inflation — the main yardstick for the RBI for policymaking — rose to 7.8 per cent in April, from 7 per cent in March, on account of an acceleration across all major groups.

Even before the April inflation numbers were published, the MPC held an unscheduled meeting in the first week of the month and decided to increase the repo rate by 40 basis points to 4.4 per cent to tackle inflation, which has now hovered above the upper limit of the RBI’s inflation target of four per cent, plus or minus two per cent, for four consecutive months.

The RBI’s report hailed the decision, saying, “The swift response of the MPC demonstrates a resolute commitment to price stability, which bodes well for the credibility of monetary policy.”

The report also noted that the domestic macroeconomic conditions continued to gain strength as activity started to normalise in spite of resurgence in Covid-19 cases in some parts of the country.

The rate hike resulted in a hardening of government bond yields.

The report noted that the sentiments of the government bond market were also transmitted to the corporate bond market.

In response to the RBI’s repo rate hike, banks have started adjusting their benchmark rates for loan pricing upwards, the report said.

“The move to increase benchmark rates by some major banks is guiding the direction of lending and deposit rates of non-banking financial companies (NBFCs).

“Some major non-banks [had] increased their deposit and lending rates in April,” the report said.