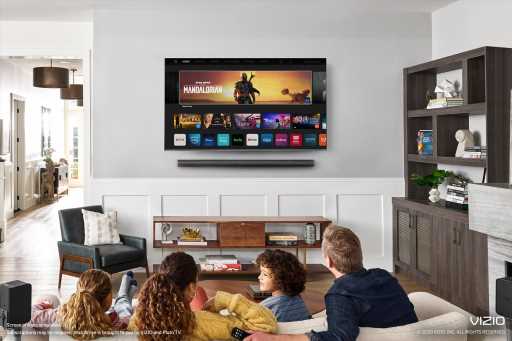 Smart-TV firm Vizio’s beleaguered stock perked up in after-hours trading after the company posted better-than-expected revenue in the first quarter.

Losses of 6 cents a share in the quarter were a penny below Wall Street’s consensus forecast and compared with a profit of 2 cents in the year-earlier quarter. Revenue of $485.5 million slid 4% from $505.7 million but still came in well ahead of estimate’s expectation for $453.7 million.

Vizio shares, which have lost more than half their value since the company’s initial public offering a bit more than a year ago, rallied almost 9% after hours. They closed the regular trading day at $7.57, up more than 1% on above-average trading volume.

As the No. 2 maker of smart-TVs in North America, Vizio has in recent years expanded beyond hardware to become a significant gateway for streaming.

Platform+, the unit encompassing advertising and user data, posted a 97% jump in revenue to $102.6 million.

SmartCast, the company’s streaming hub, reached 15.6 million active accounts by the end of the quarter, up 16% year-over-year, with hours of viewing up 14% to 4.1 billion.

While Vizio has faced supply chain issues like its peers, the quarterly numbers show signs of improvement, with a 23% increase in TV shipments versus the comparable quarter of 2019 before the coronavirus pandemic.

The company expects Platform+ revenue to hold steady with current levels in the second quarter, coming in at between $107 million and $111 million.