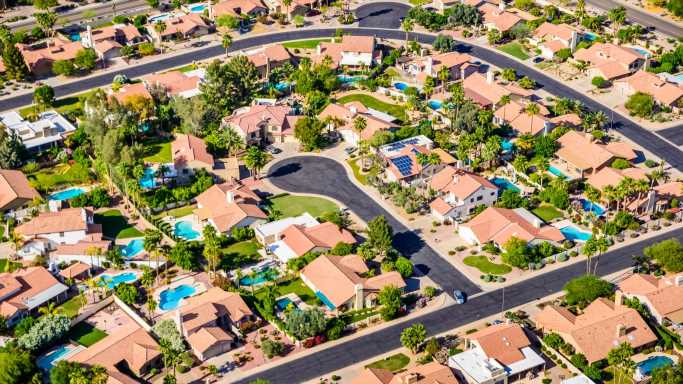 Demand for housing has risen sharply in 2021, and that has affected prices. According to the carefully followed S&P CoreLogic Case-Shiller Indices, home prices nationwide rose 19.1% in October, compared to the same month last year. In several markets, the figure was over 25%.

Because of the high demand for housing in some markets, sellers are able to command a premium price for their homes – and the most overpriced housing market in America is Boise City, Idaho. (And this city has the most expensive houses in America.)

No single factor has caused these increases in demand for housing. Certainly, low mortgage rates have contributed, although these have begun to rise. Tens of thousands of people have departed expensive coastal cities such as New York and San Francisco, where home prices exceed twice the national median, for cities inland where prices have been lower. The ability to work from home, brought on by the COVID-19 pandemic, has allowed many Americans to become mobile.

Ironically, the move inland has pushed home prices higher in cities people have found attractive for their new lives. With limited supply, bidding wars, in which more than one buyer puts an offer for the same home, have also contributed to price increases. Homes in some cities now stay on the market for just a few days. (Still, you can buy a home for under $100,000 in these American cities.)

The high demand for homes in recently desirable cities has caused them to become overvalued, compared to historical numbers. Florida Atlantic University’s College of Business has tracked the value of homes in the top 100 U.S. housing markets.

The researchers, Ken H. Johnson, Ph.D., and Eli Beracha, Ph.D., “have developed a methodology to score the top 100 most overpriced or underpriced metropolitan cities in the U.S.” They used data from Zillow, specifically the Zillow Home Value Index, and a series of complex formulas that take into account home prices over a period of years.

24/7 Wall St. reviewed the study to find the most overpriced housing market in America. The city that carries the largest premium for home prices is Boise City, Idaho, with a premium of 78.36%. This is well above the second-highest premium, which is 57.96% in Austin, Texas.

No cities on either coast made the top 10 cities on the list. Tampa, Florida, which is ranked 15th, carries the highest premium of coastal cities at 39.94%.