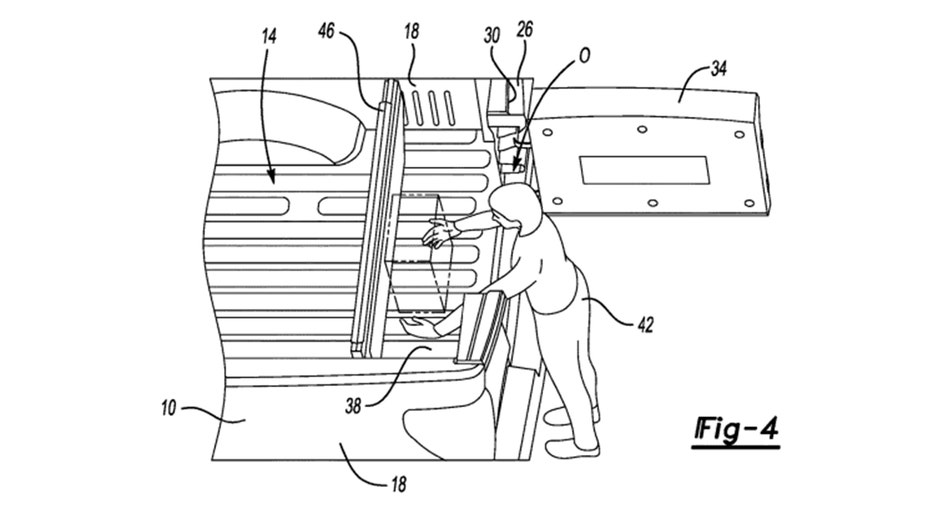 The 2021 Ford F-150 Raptor is the best version yet of Ford’s high performance pickup, but Fox News Autos Editor Gary Gastelu says it may soon be even better.

Ford is entering the tailgate tussle. 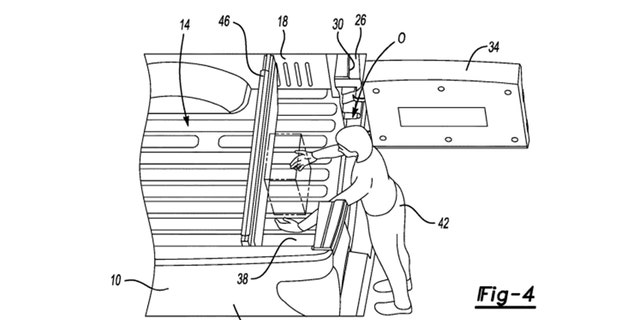 The blue oval brand has filed a patent on a new pickup tailgate that would help it compete with the latest multifunction units from GM and Ram. 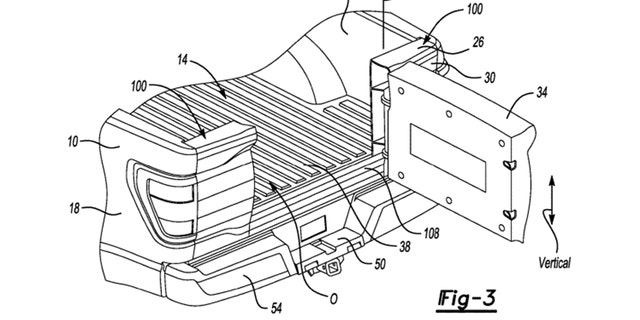 The door is centered in the tailgate, which can also be folded down to open.
(Ford)

The design, which was first reported by CarBuzz, incorporates a side-hinged door in the center of the tailgate that offers close access to the bed, but can also be folded down to open in the traditional fashion.

Ram’s Multifunction tailgate features a similar design, but is split in two.
(Ram)

The idea is similar to Ram’s Multifunction tailgate, which can open like barn doors along a 60/40 split. GM has also had great success with the popular Multi-Pro and Multi-Flex tailgates offered on the GMC Sierra and Chevrolet Silveradof pickups, which don’t have side hinges, but can be set to six different positions.

Ford’s design manages to still incorporate the F-Series existing pop-out tailgate step, while adding a smaller one that folds down from the bumper for use with the swing-out door. 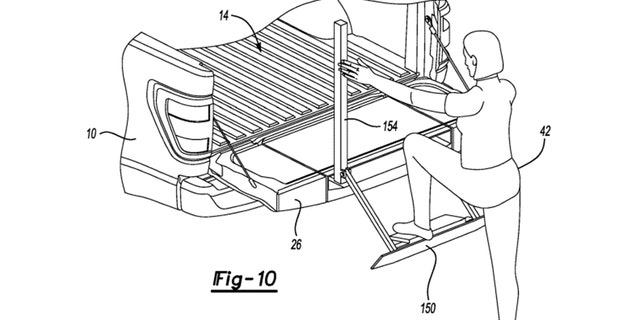 Ford’s Tailgate step has been incorporated into the new design.
(Ford) 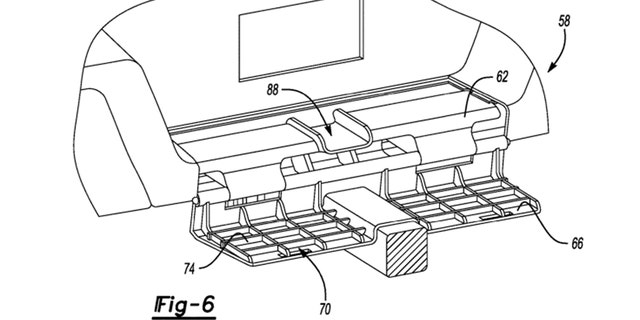 A small, fold-down bumper step can be used in conjunction with the side-hinged door.
(Ford)

The patent doesn’t guarantee the feature will launch on a production truck, but Ford development vehicles with what appear to be prototypes of the tailgate have been spotted being tested alongside the F-Series’ competition.