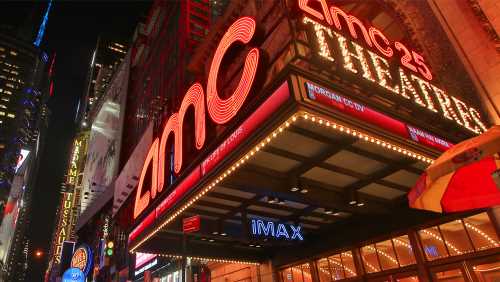 AMC Entertainment CEO Adam Aron has sold another tranche of stock, the latest in a flurry of selling he had warned investors was coming but said today is now over.

According to an SEC filing, the exec unloaded 312,500 shares yesterday at $22.846 — so about $7.14 million. Last month, he divested $9.65 million worth of shares in one sale after unloading a first tranche of stock for about $25 million. (Separately, CFO Sean Goodman sold most of his shares as well.)

Aron had advised stockholders publicly on AMC’s last earnings call that he’d be selling shares for estate planning purposes and said it wasn’t a big deal but the extent of the selling caught some investors by surprise in December. The company’s Reddit-fueled meme-stock attraction is all about loyalty — investors holding onto shares with “diamond hands,” meaning through thick or thin come what may. The concept is to thwart short sellers, or investors who bet AMC stock will go down and get caught having to cover positions if it doesn’t. The retail investors rescued AMC stock and likely saved company from bankruptcy.

Retail investors, meaning individuals versus traditional institutions, are now the bulk of AMC’s shareholder base and Aron courts them at every step. But his stock sales have not been popular. He sought to reassure the group today, tweeting that the sales “are now all finished.” He said he still owns or plans to vest in 2.3 million shares (I am in!) but didn’t explain the math.