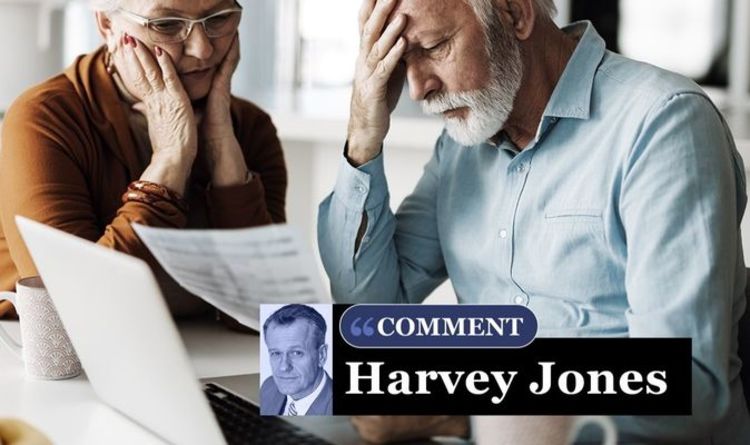 Consumer price inflation has ALREADY hit 5.1 percent, the highest in a decade, and it is only going to climb higher. Most people saw that coming. So what else aren’t we being told?

Few ordinary people will be shocked by November’s inflation figure, even though it marks a big jump from October’s 3.2 percent.

Many will have seen warning signs in the US, where inflation has rocketed to a 30-year high of 6.8 percent.

Yet as recently as October, the Office for Budget Responsibility (OBR) forecast inflation would average four percent in 2022.

Sunak used that figure in his Autumn Statement, even though it was already understating the size of the problem (as the OBR later admitted).

Last month, the Bank of England predicted inflation of five percent, but not until the spring.

Personally, I’m bracing myself for inflation of seven or eight percent in 2022, while essentials such as gas and electricity could soar by 50 percent or more.

Inflation isn’t the only figure Sunak is likely to have got wrong in his Autumn Statement.

He hiked GDP growth forecasts from four percent to 6.5 percent this year, to justify going on another spree with taxpayers’ money.

That’s another sign of wishful thinking at the top. There were signs that economic growth was slowing even before the Omicron variant plunged us into fresh lockdowns.

Here’s another example of wishful thinking. The Bank of England reckons inflation is “temporary”. Who is it trying to kid?

Each household now need an extra £1,425 a year simply to maintain their standard of living compared to a year ago, Canada Life figures show.

This makes Sunak’s decision to scrap the State Pension triple lock look crueller than ever.

The same goes for scrapping the £20 a week universal credit uplift.

Our economic lords and masters are in denial and I think I know why.

They’re terrified. Why? Because they’re helpless.

In normal times, the Bank of England would be scrambling to hike interest rates to bring prices under control.

DON’T MISS:
State pension outrage as savers in the UK ‘living on a pittance’ [INSIGHT]
Shoppers face biggest prices increases in 30 years [REVEAL]
Investing is “the best chance you have” to stop your money eroding [ANALYSIS]

Even if it lifts them from 0.1 percent at today’s monetary policy committee (MPC) meeting, it won’t make much difference. Savers will still see their cash deposits savaged in real terms.

The Chancellor will push on with the raft of stealth taxes he has lined up for next year.

Higher prices and taxes will leave most of us budgeting like mad to make ends meet. Savers will continue scratching around to get another quarter percent.

Pensioners will have to turn down the heat, put on an extra blanket and hope the cold doesn’t aggravate their underlying health conditions.

Or make them more susceptible to Omicron and whatever variants follow.

Sunak and the Bank of England may be in a state of denial, but the rest of us cannot afford that luxury.

We have to face up to reality, even if they don’t.