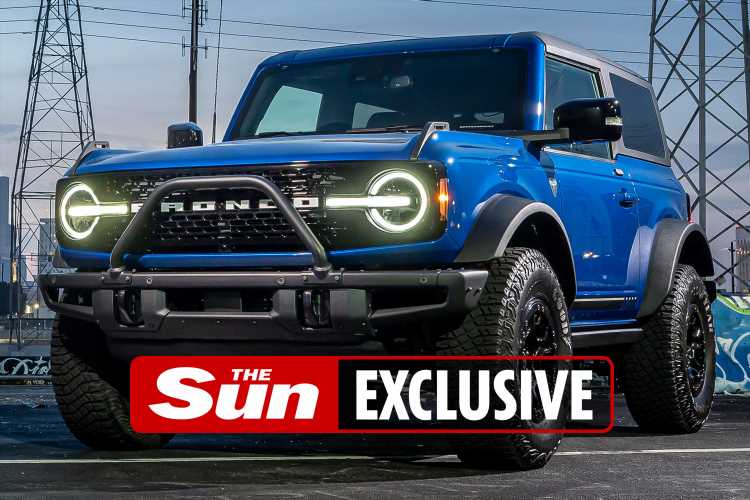 WHAT do the letters G.O.A.T. mean to you?

To me it means Greatest Of All Time. Absolute legends like Ayrton Senna, Valentino Rossi, Tiger Woods, Muhammad Ali. 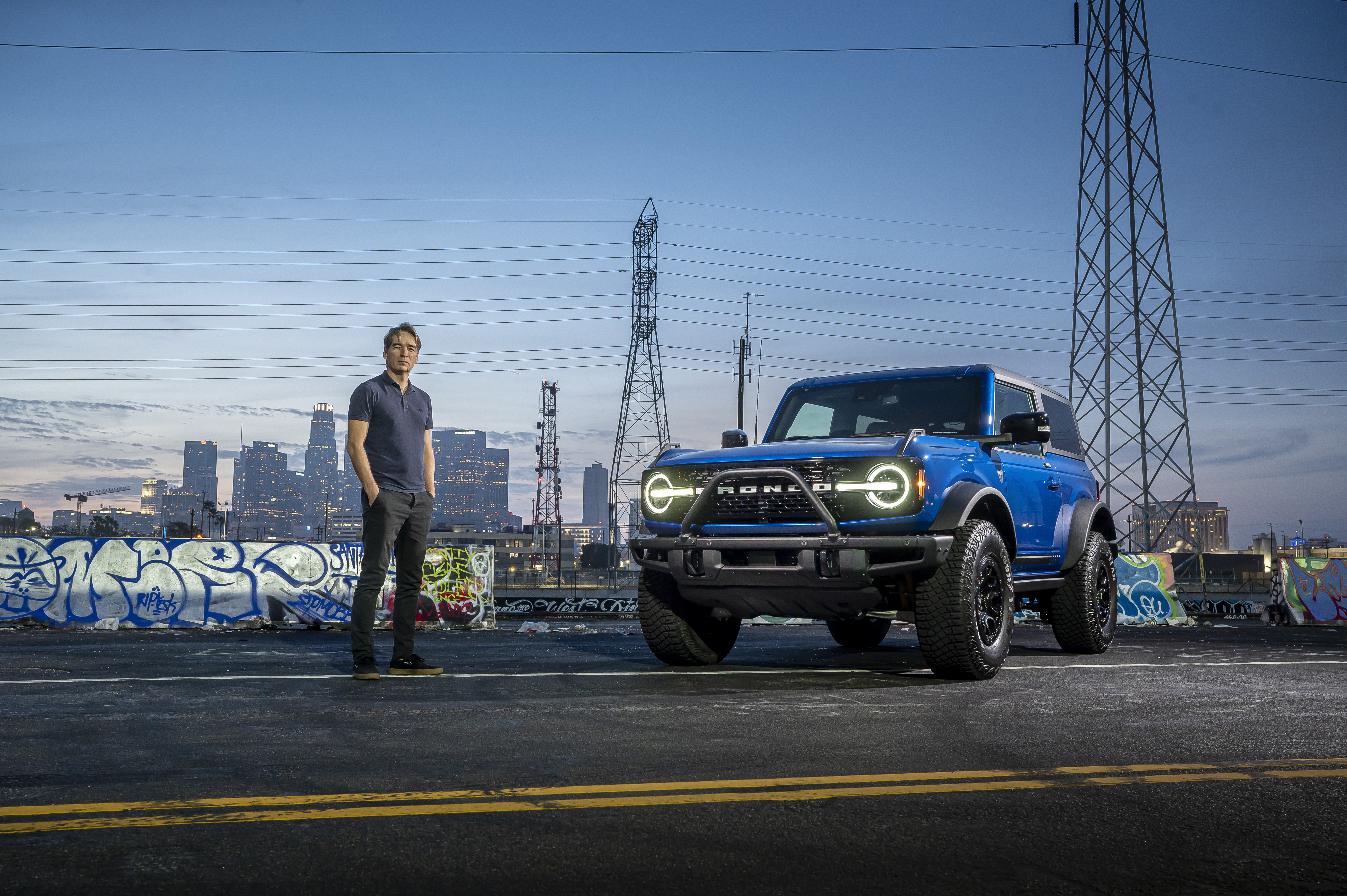 But to Ford it means something else: Goes Over Any Terrain.

I only found that out driving the new Ford Bronco in Yankland the other day.

As well as the usual 4L/4H modes you’d expect from a pukka 4×4, Bronco has G.O.A.T modes for Sand, Baja and Rock Crawl.

I’m too young to know who came up with the acronym first.

The original Bronco was launched in the Sixties.

Were people calling Pele the G.O.A.T back then? I dunno.

But there’s no doubt Bronco likes to get stuck in.

There are more buttons to lock the diffs, disconnect the front anti-roll bar (for mega wheel articulation) and to control add-on kit like roof lights or a winch.

Next question: Why are we discussing a legendary American truck that’s never been sold in the UK?

Well, I can exclusively confirm that the new one will be.

As early as 2023, the four-door petrol will be sold across Europe as a left hooker.

Yep, left-hand drive only at first.

But does that really matter when you’re buying something as rugged as a Land Rover Defender, as cool as a Jeep Wrangler, and cheaper than both?

When Ford launches the Bronco EV a bit further down the line, all versions ­(two-door and four-door) will be available in right-hand drive.

Which circles back to my chat with Ford CEO Jim Farley at the Goodwood Festival of Speed in July.

He told me: “I’m sure there will come a day when we have an off-road brand in the UK.”

Ford is at its best making fun stuff for enthusiasts and the two-door Bronco starts at just £23k in the U S of A. Bargain.

Ten things YOU should know as a car owner

It uses the same 2.3-litre petrol as Focus RS and Mustang.

We tried the top-spec First Edition, powered by a delicious 2.7-litre V6.

Just as pleasing, it feels refined and sophisticated and accurate on the road — unlike a wayward Wrangler.

You can thank the independent front suspension for that.

Also, unlike a Wrangler, the cabin is a wonderful blend of modern and retro.

Whip off the doors and roof and be part of the world around you. Who cares if it rains?

The seats are marine-grade vinyl. The knobs and switches are rubberised and silicone-sealed. The rubber flooring has drain plugs.

Tie-down loops have a lasso printed next to them.

So, there you have it.

The first new Bronco for 25 years.

I reckon this could be Defender’s worst nightmare. 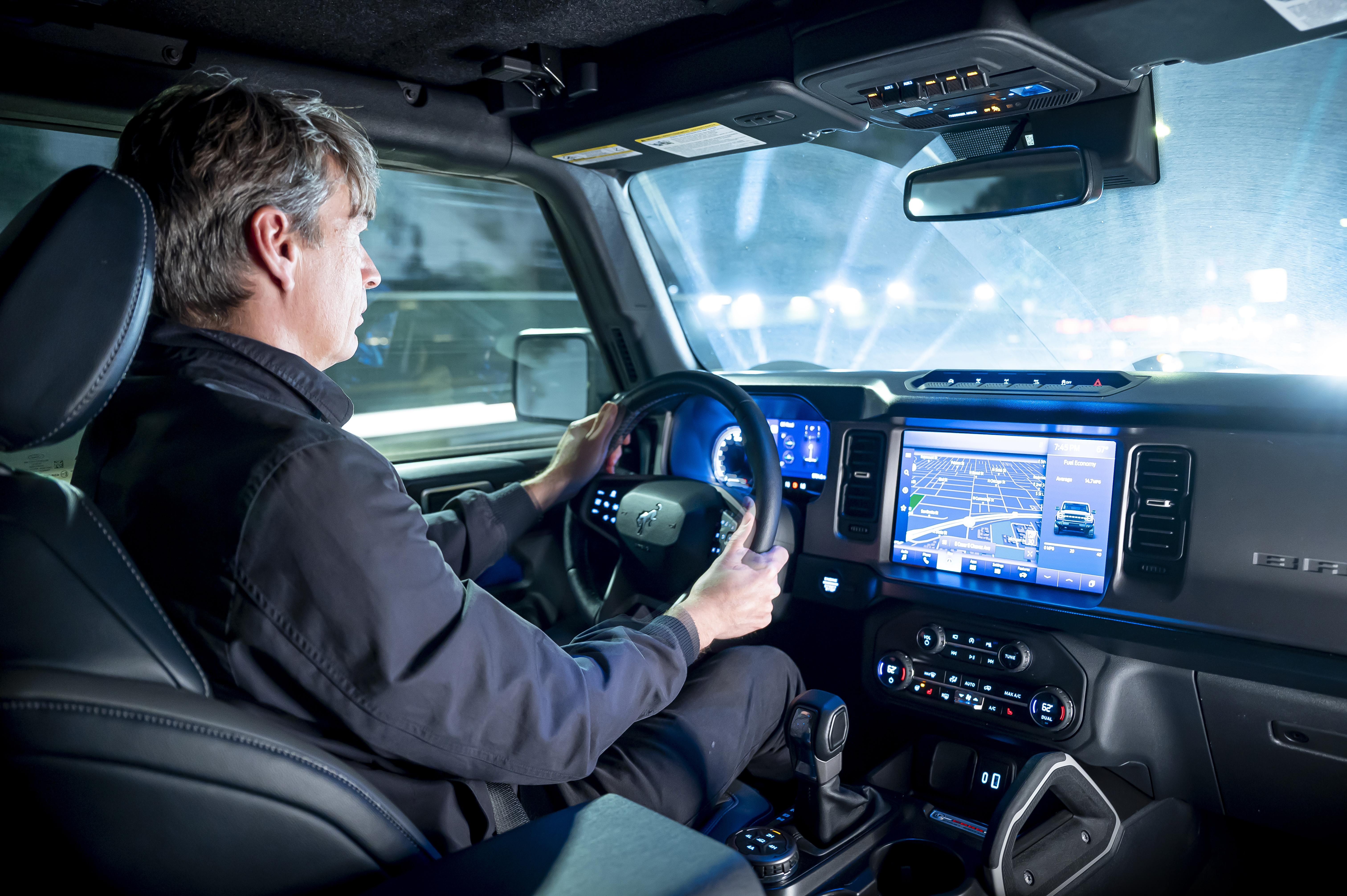 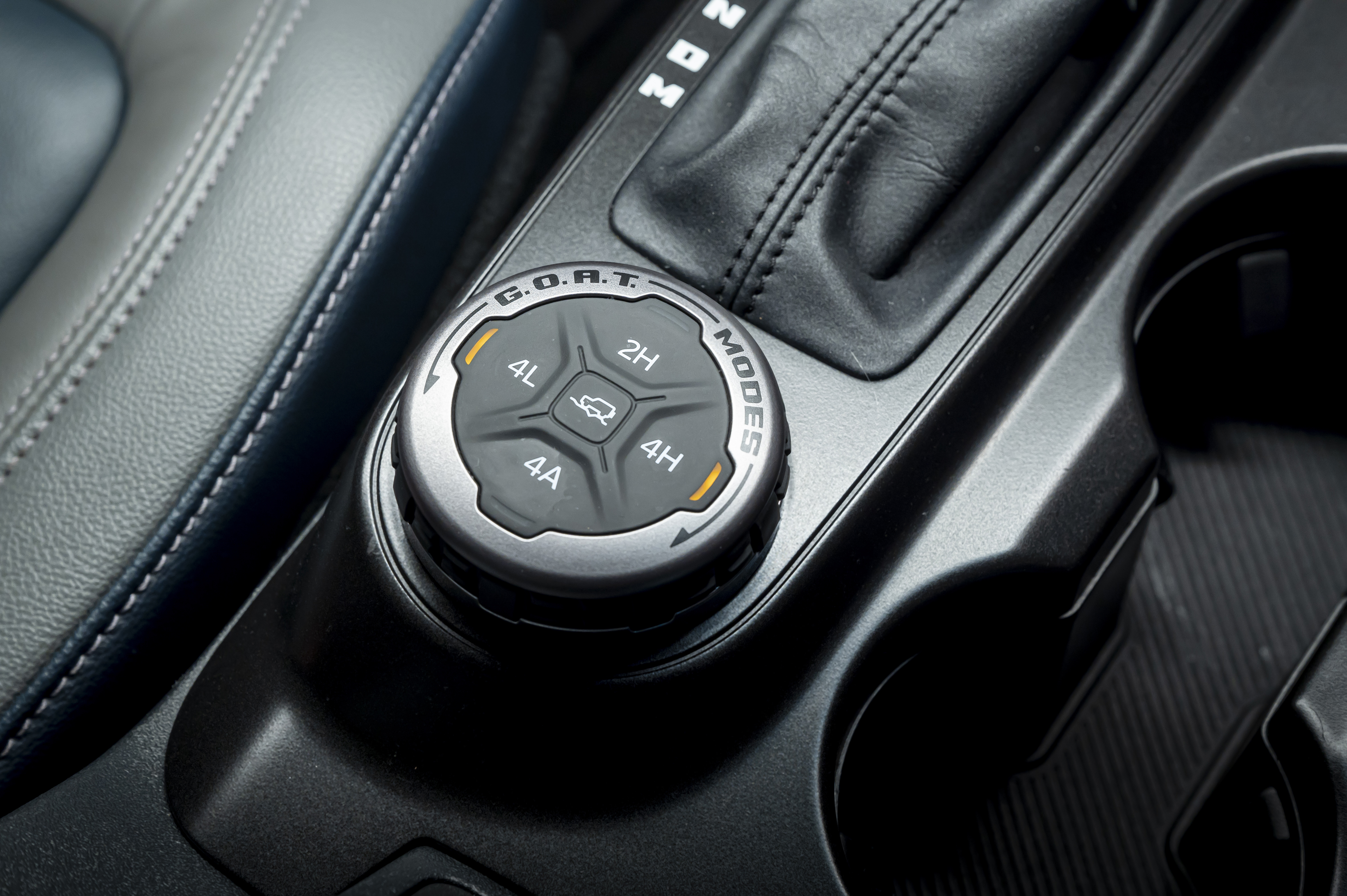 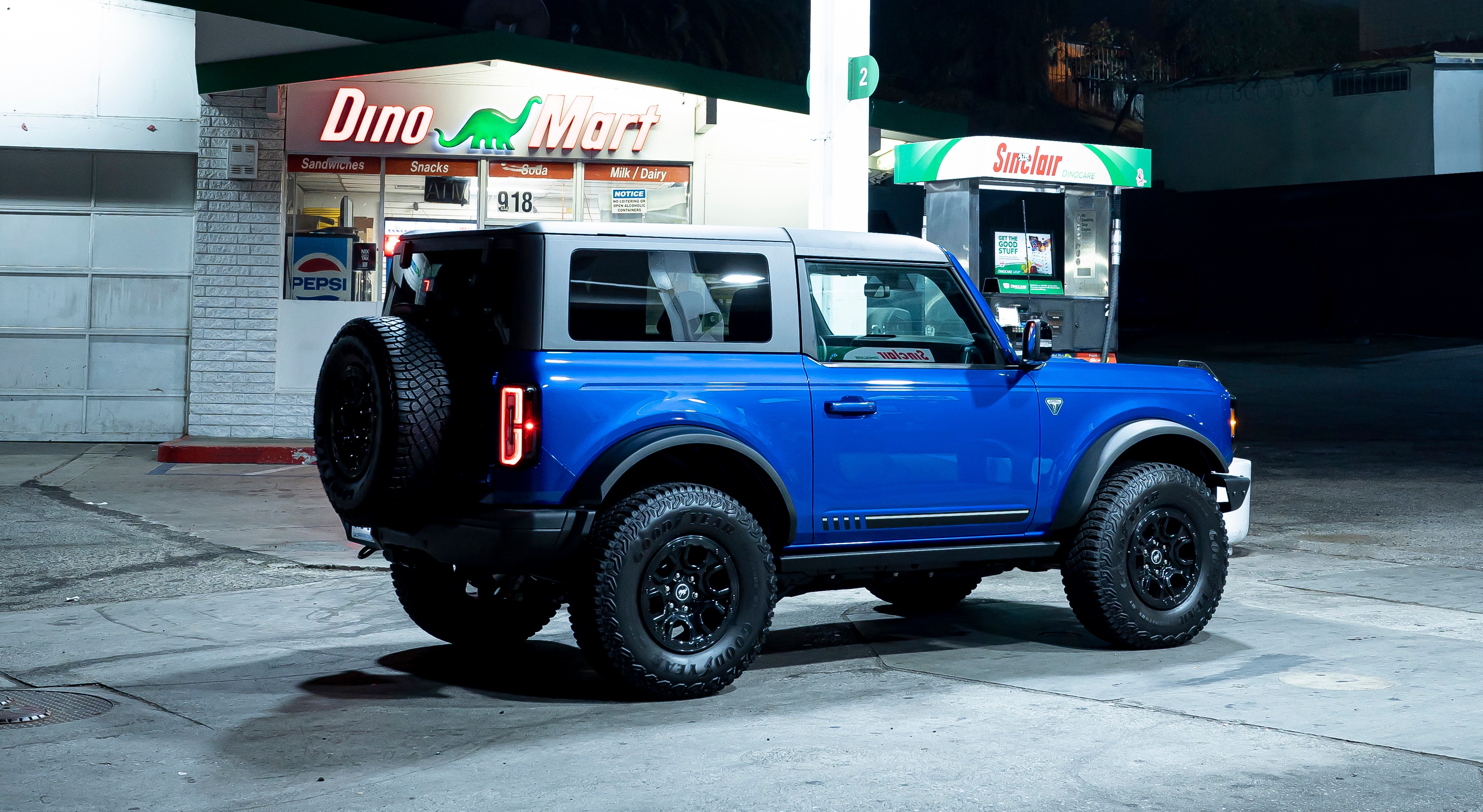 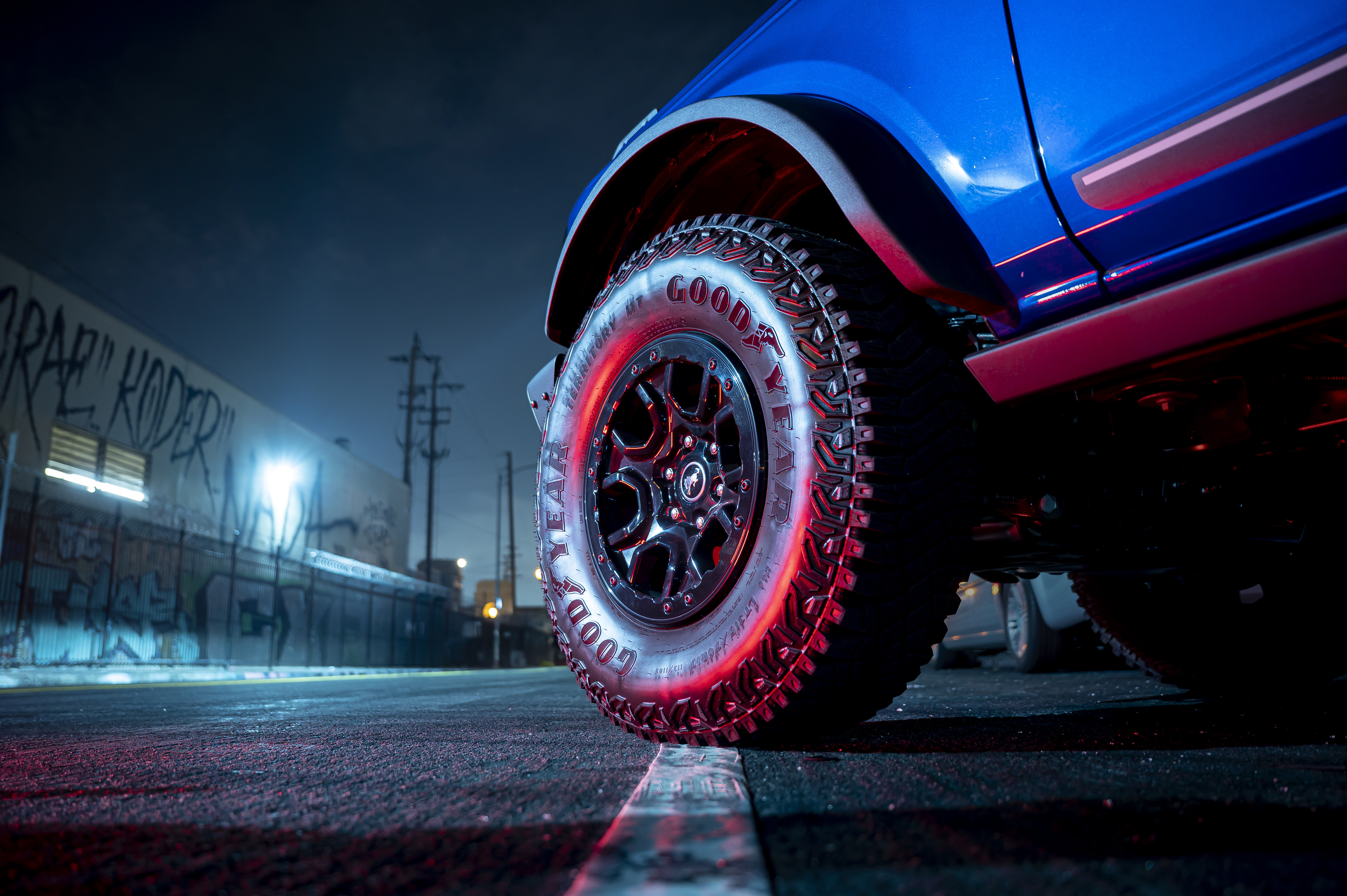 Do you have a story for The Sun news desk?

Click here to get The Sun newspaper delivered for FREE for the next six weeks.