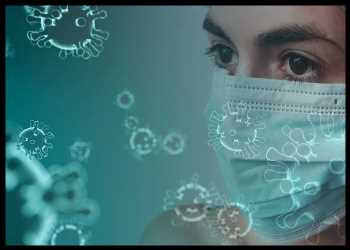 Covid-related hospitalizations in the United States fell below the 100,000 mark after many weeks. A total of 99,275 people are currently hospitalized due to coronavirus infection in the country, while 32,176,784 people have so far recovered from the disease, according to data compiled by New York Times..

143895 new cases of coronavirus infections were reported in the country on Tuesday. It took the national total to 41,365,255, as per the latest data from Johns Hopkins University.

The weekly average of coronavirus deaths has increased to 1,888, marking 40 percent rise in a fortnight.

Texas reported the most number of cases – 24,281 – while Florida reported most COVID-related deaths – 479.

As per the latest data published by the Centers for Disease Control and Prevention, a total of 179,289,983 people, or 54 percent of the total population, have been fully vaccinated in the United States.
This includes 82.5 percent of people above 65.

A total of 381,453,265 vaccine doses have been administered so far nationally.

Speaking at a last minute campaign event for California Governor Gavin Newsom at Long Beach City College in Long Beach, Biden said, “There are certain Republican governors, like the governor of Mississippi, who are talking to me about being dictatorial about demanding that people get vaccinated or tested. People are doing everything they can to block or undermine the lifesaving mandates we proposed: putting their people at risk, putting their children at risk, putting their states at risk”.

“And here’s the worst thing: For these Republican governors, it isn’t about public health, about the health of the people; it’s about politics,” he added.