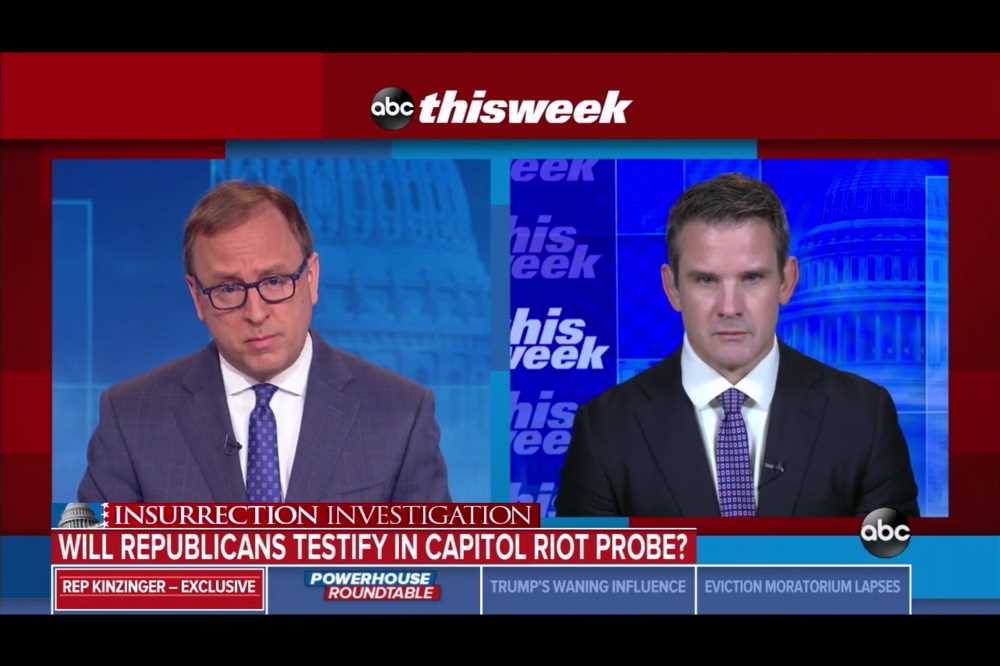 Rep. Adam Kinzinger (R-Ill.) said he would support subpoenas for anyone who has information regarding the January 6th attack on the Capitol, including Republican Minority Leader Kevin McCarthy (R-Calif.) and Trump sycophant Rep. Jim Jordan (R-Ohio).

The congressman, one of two Republicans on the House select committee investigating the Capitol riot, said he wants to know who spoke to former president Donald Trump that day and what was said.

Cheney: Investigate Trump's 'Every Call, Every Conversation, Every Meeting' on Jan. 6

The 30 Sexiest Music Videos of All Time

Both McCarthy and Jordan have publicly admitted to speaking with Trump on January 6th.

In May, Liz Cheney, (R-Wyo.), who is also on the House select committee, said McCarthy should “absolutely” testify, saying, “I wouldn’t be surprised if he were subpoenaed.”

And in February, Rep. Jaime Herrera Beutler (R-Wash.) said that McCarthy told her that he spoke to Trump on January 6th and asked him to “call off the riot.”

During her opening statement of the House select committee’s query last week, Cheney said “every conversation” the former president had that day was relevant to the investigation.

“We cannot leave the violence of January 6th—and its causes—uninvestigated. The American people deserve the full and open testimony of every person with knowledge of the planning and preparation for January 6th,” Cheney said. “We must know what happened here at the Capitol. We must also know what happened every minute of that day in the White House—every phone call, every conversation, every meeting leading up to, during, and after the attack.”

Kinzinger also had a question for some of his Republican colleagues who oppose the select committee’s investigation and who claim the attack wasn’t a big deal: “What are you afraid of?”

“If anybody is scared of this investigation, I ask you one question, ‘What are you afraid of?’ ” Kinzinger said. “I mean, either you’re afraid of being discovered of having some culpability in it or, you know, what? If you think it wasn’t a big deal, then you should allow this to go forward.”