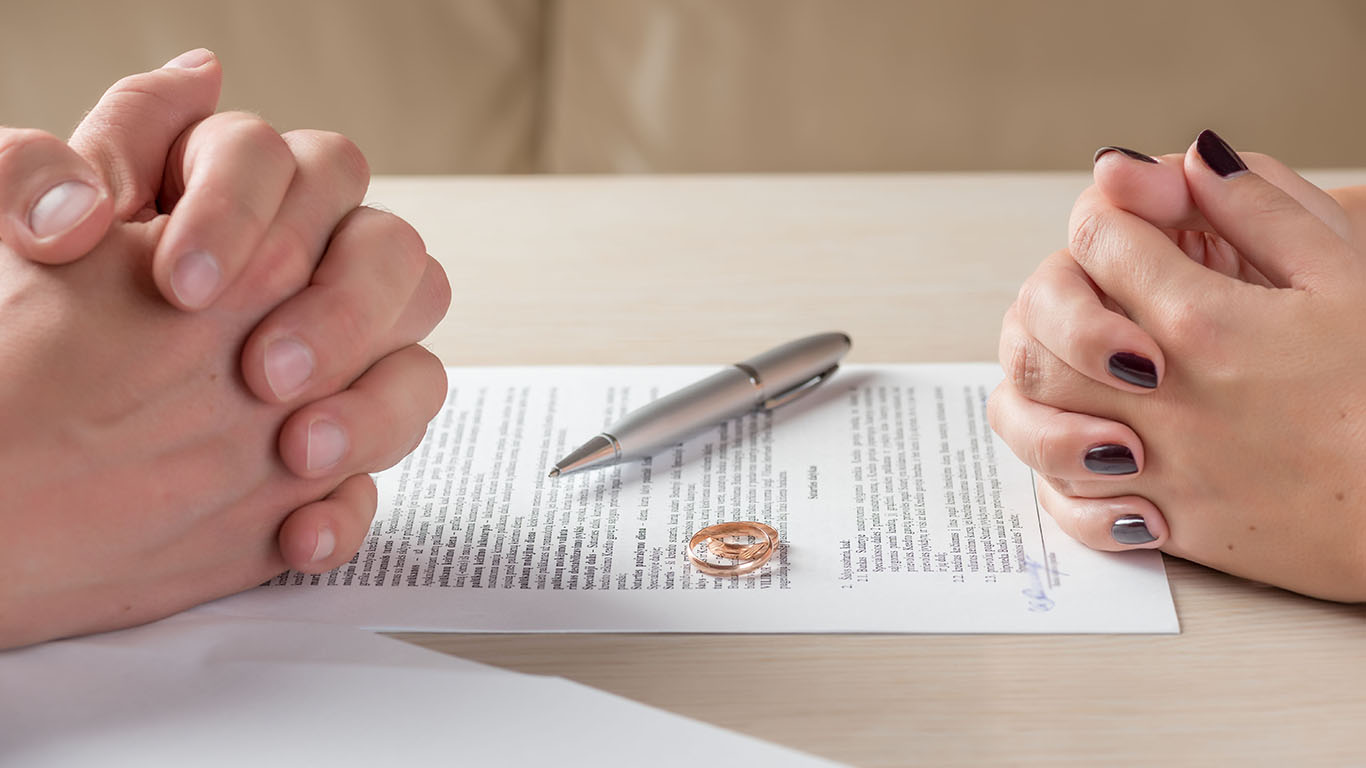 The American divorce rate is at its lowest level in decades, with just 14.9 out of every 1,000 marriages ending in divorce. Still, over 746,000 married couples decided to split up in the last year. Going through a divorce can be a challenging process for the couple and their families, not just due to the emotional strain, but also because it is an expensive undertaking.

Each partner in a divorce will pay, on average, nearly $10,000 in legal fees throughout the process — and proceedings get even pricier if children are involved. This is not the case everywhere, though. In some states, the average cost of divorce is less than $7,000, while in others divorce legal fees can balloon to over $12,000.

To determine the cost of a divorce in every state, 24/7 Wall St. reviewed estimates from Self Financial, Inc., a financial services company. States were ranked based on the average cost of legal representation and court fees in every state.

As is perhaps expected, divorce is more expensive in states with higher incomes. In these states, people are better able to afford higher-priced legal counsel. However, these states tend to have a much lower share of their populations who are divorced. Among the 12 states where divorce is the most expensive, just one has a higher share of its population that is divorced than the national rate of 10.9%. These are America’s richest and poorest states.

Another factor affecting the price of divorce is children. The legal fees associated with sorting out custody agreements, child support, and other related issues increase the cost of divorce by an average of 36.7%, or over $7,200 nationwide.