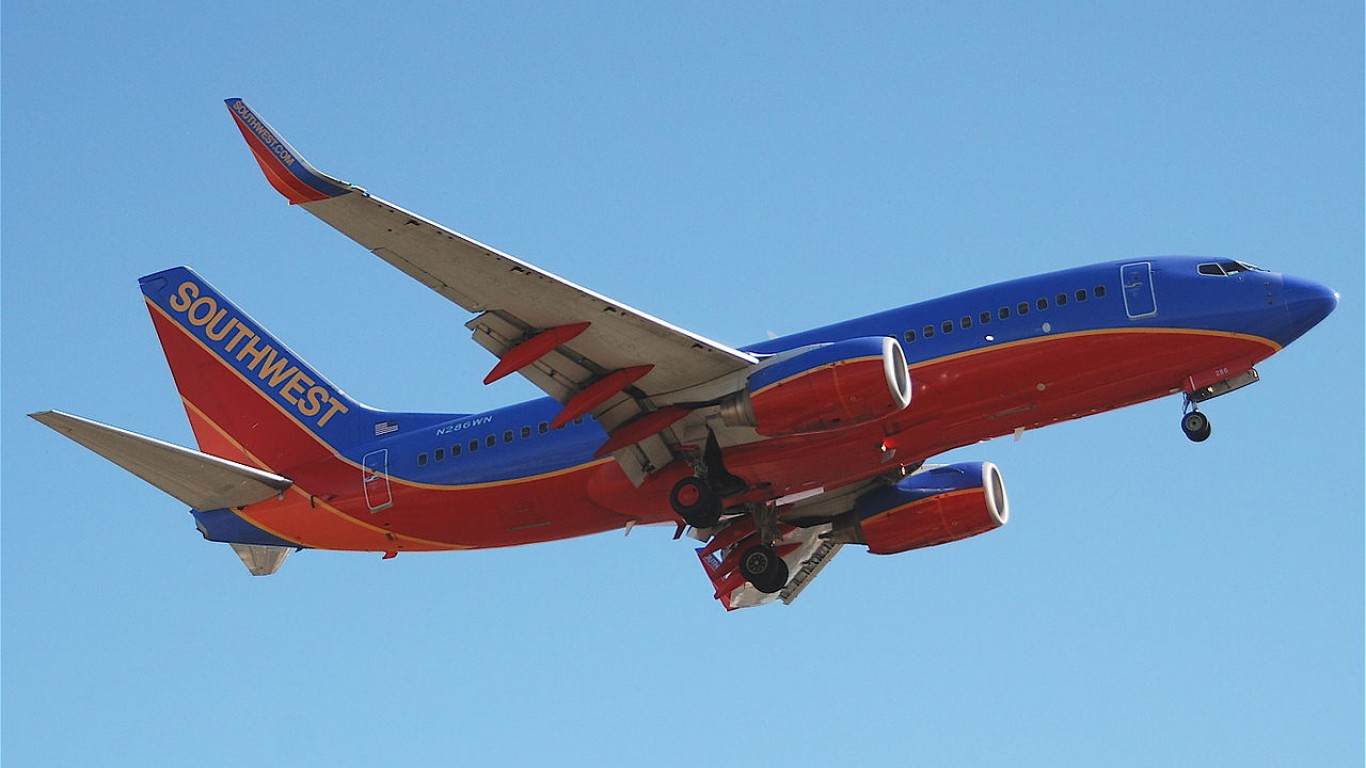 Last year was probably the toughest in recent history on airline stocks. Stay-at-home orders in many parts of the world, combined with a moribund economy and people’s fear of being infected with COVID-19, reduced air passenger traffic by as much as 80%.

While the industry is still far from full recovery, it’s getting closer. Last Sunday, the U.S. Transportation Security Administration reported that 1.98 million passengers went through the nation’s airports, the highest total in more than a year, but still more than 600,000 fewer than on the same date in 2019.

We screened the major U.S. carriers to determine which had the most Buy and Strong Buy ratings from analysts and which appear to be on track for solid gains over 2021 and 2022.

Low-cost carrier Southwest Airlines Co. (NYSE: LUV) has garnered 16 Buy or Strong Buy ratings from brokerage analysts. At the end of the March quarter, Southwest reported long-term debt totaling $10.55 billion, an order of magnitude greater than the company reported in December of 2019. Cash flow from operations in the March quarter amounted to a loss of $105 million, but, again, an order of magnitude smaller than the $1.1 billion loss in the December 2020 quarter.

To give you an idea of how far Southwest and other carriers have to come back, in the December 2019 quarter, operating cash flow totaled nearly $4 billion.

Using enterprise value-to-sales (EV/Sales) as a measure, Southwest’s multiple is 2.2 times expected 2021 sales and drops to 1.6 times expected 2022 sales. The average price target on the stock is $69.16, and shares currently trade at around $57.85, implying an upside potential of nearly 20%. Southwest suspended its quarterly dividend of $0.18 per share beginning in the second quarter of last year.

Alaska Air Group Inc. (NYSE: ALK) has received 12 Buy or Strong Buy ratings from analysts. At the end of the March quarter, the company reported long-term debt of $2.33 billion, less than double its total at the end of the December 2019 quarter. Operating cash flow was a negative $100 million, compared with a positive total of $1.72 billion in the last quarter of 2019 and a negative cash flow of $234 million in the December 2020 quarter.