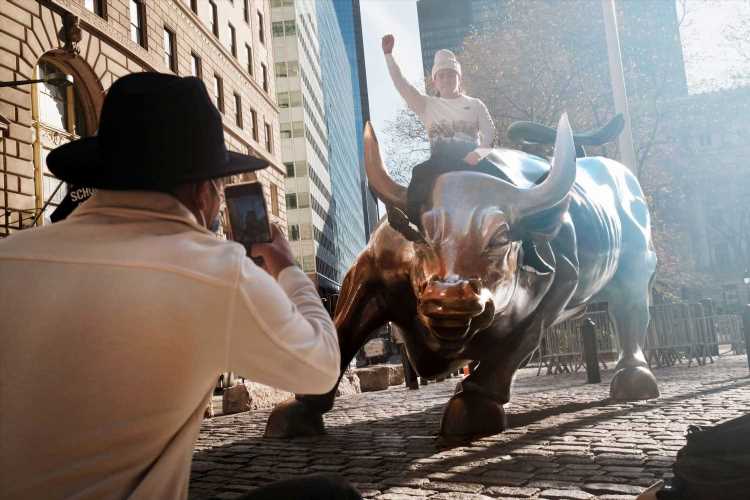 The net worth of U.S. households climbed to new heights as 2021 began and the effects of the Covid-19 pandemic began to fade.

Thanks largely to a surge in the stock market, the total balance sheet for households and nonprofits rose to $136.9 trillion in the first quarter, a 3.8% gain from the end of 2020, according to Federal Reserve data released Thursday

Of that total, $3.2 trillion came from equity holdings, while another $1 trillion was due to the continued escalation in real estate values. The S&P 500 gained 7% for the quarter as investors continued to count on rising corporate earnings and accommodative fiscal and monetary policy while also placing speculative bets on so-called meme stocks.

From a historical perspective, household net worth has nearly doubled from its level of a decade ago as the nation was still escaping the throes of the financial crisis.

Household debt totaled $16.9 trillion for the quarter, growing at 6.5% rate that was the fastest pace going back to 2006.

The gain in household value came as the growth rate in total private and government debt slowed to 5.8% from 6.3% in the fourth quarter of 2020, and was much lower than in the first quarter of last year. That was when government spending pumped trillions into the economy and triggered debt growth at a 10.8% level, followed by a 25.6% increase in the second quarter.

Federal government debt increased 6.5% in the first quarter, well below the 10.9% rate in the last three months of 2020 but still enough to push the total debt level to just below $28 trillion at the end of the quarter. State and local government debt rose at a 3.8% rate, compared to 1.6% in the previous quarter.

After slowing considerably in the second half of 2020, business debt picked up again, rising at 4.4% pace.