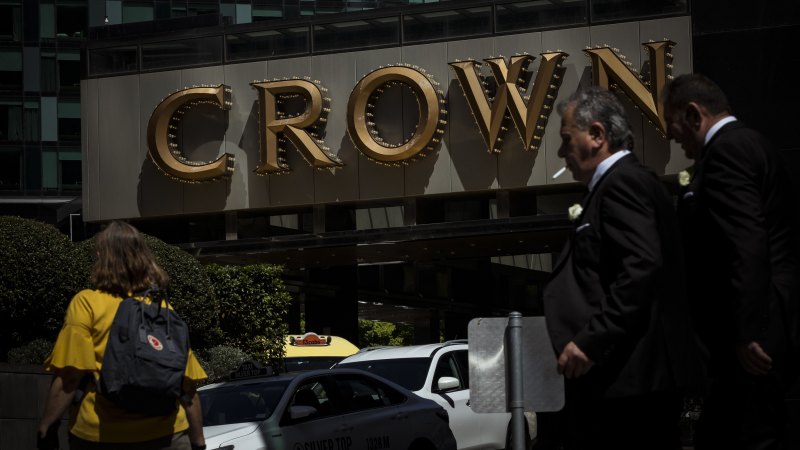 Crown Resorts failed to act on warnings that it was not vetting its “junket” partners for criminal links closely enough for a year before it pledged to stop working with the controversial high-roller tour operators.

Victoria’s royal commission into the casino giant heard on Thursday that the warning came in a report by FTI Consulting which Crown’s former lawyer, Minter Ellison’s Richard Murphy, commissioned in August 2019 to see whether its due diligence practices were “defensible”. 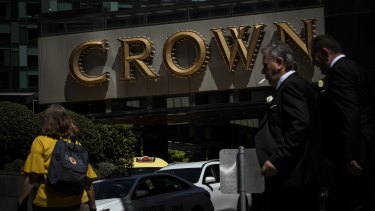 Crown failed to act on a report warning that its due diligence of junket partners was deficient. Credit:Chris Hopkins

That followed reports by this masthead that some of Crown’s biggest junket partners – which arrange for ultra-wealthy Chinese gamblers to visit overseas casinos – had links to Asian organised crime syndicates, triggering last year’s Bergin inquiry in NSW which found Crown unfit to run its new Sydney casino.

Crown said in August last year it would no longer work with junkets, an announcement made shortly after a separate review by Deloitte found significant shortcomings in its handling of junkets.

But Victoria’s inquiry heard on Thursday that the FTI report had identified many of the same issues a year earlier, including the absence of proper background checks on junket employees.

Crown’s chief risk officer Anne Siegers agreed in evidence that FTI had highlighted “significant gaps” in Crown’s due diligence processes, and this was a material risk for the company because its Melbourne casino licence states those processes must be “robust”. 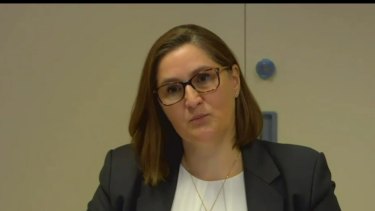 Crown chief risk officer Anne Siegers said she was not told about the report. Credit:AFR

But Ms Siegers said she was never told about the FTI report and did not know whether it had made it to Crown’s board.

Counsel assisting the inquiry Penny Neskovcin, QC, told the hearing the report was either mentioned or tabled at a meeting of Crown’s “brand committee” in September or October 2019, according to partially redacted minutes.

“Therefore the report did come to the attention of at least some board members at that time,” Ms Neskovcin said. “Do you agree with me that that having occurred… there was a failure of the risk management process at Crown in respect to the FTI report?”

Ms Seigers responded that if the report had been tabled at the meeting, “then I would agree there was a failing there”.

Ms Neskovcin asked that, assuming FTI did find that Crown’s due diligence was not robust as it should be, that would have required Crown’s board to act and for it to notify the gambling regulator.

“If that is the conclusion, I don’t know who exactly should respond, but there should be a response, yes,” Ms Seigers said.

In April, Victoria’s gambling regulator fined Crown $1 million because it did not have sufficiently robust processes in place for checking junkets from crime links.

Victoria’s Andrews government ordered the royal commission into whether Crown was fit to hold the licence for its Melbourne casino in February after the findings of the NSW were handed down.

The inquiry will resume public hearings next week, which will continue until around the end of the month. Commissioner Ray Finkelstein must report back to government by August 1.