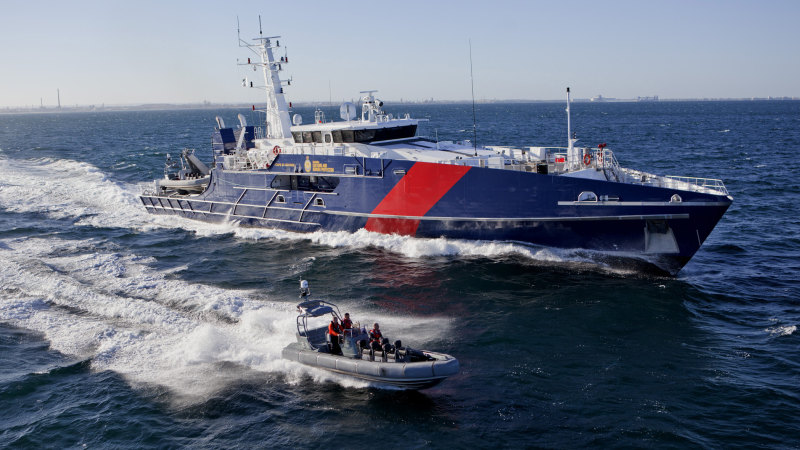 The corporate watchdog is taking legal action against shipbuilder Austal and its former chief executive over allegations the ASX-listed firm withheld market sensitive information about costs related to major design flaws with its fleet of US navy warships.

The Australian Securities and Investment Commission (ASIC) launched civil proceedings against the company in the Federal Court on Thursday for allegedly breaching continuous disclosure laws and engaging in misleading and deceptive conduct. 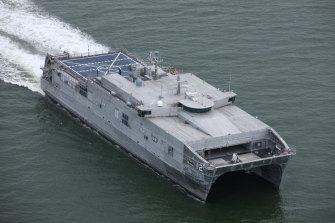 Austal is being sued by ASIC over allegedly failing to inform the market of significant changes to its financial position. Credit:

At the heart of the case is a series of market statements made between late-2015 and mid-2016, where Austal told investors it expected to be profitable but later reported it would generate a significant loss, which caused the company’s share price to tank.

ASIC will allege the company and its directors were aware at least $US90 million in write-backs was required to fix defects in its US navy ships, which would have pushed Austal into the red. However, the company delayed informing the market until the last minute.

ASIC alleges that David Singleton, who led the company from 2016 to 2020, was personally aware of the sensitive information and the company had doubts about the accuracy of financial forecasts as early as February 2016. The regulator is seeking to fine Mr Singleton up to $400,000, while penalties for the company could run up to $1 million.

Austal was founded 33 years ago, employs 5500 staff globally and supplies ships to the Australian and US navies. The Age and The Sydney Morning Herald reported last October that Australian Border Force was the target of a corruption investigation over allegations one or more ABF officers had improperly funnelled $39 million to Austal as “success fees” in order to prop up Austal’s financial position.

That probe is being led by the Australian Commission for Law Enforcement Integrity (ACLEI), a body that deals with serious and systemic corruption allegations within the army, police and other law enforcement agencies.

While the success fees were paid during the same period as the contentious market statements, ASIC’s investigation did not focus on corruption or unearth any evidence to suggest wrongdoing of that nature. However, it’s understood the regulator can share information with ACLEI or other enforcement agencies as required.

The company has had to tackle multiple allegations of misconduct. US financial regulator the Securities Exchange Commission is running a separate but related investigation into the market statements. US government officials raided the company’s Alabama shipyards in 2019.

Austal told investors it would review the court filings and further documentation provided “before deciding its next steps”.