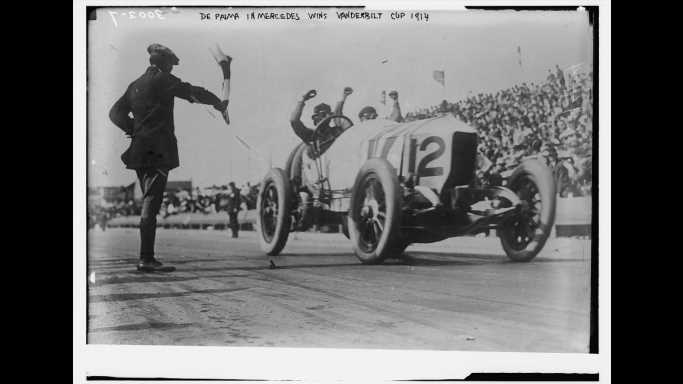 Historians date the beginning of the automobile era back to 1885, when a German mechanical engineer named Karl Benz began production of his Benz Patent Motorcar — but America soon started catching up after a couple of Massachusetts bicycle mechanics, Charles and J. Frank Duryea, designed their own car in 1893. (To help set the scene from those early days, here are 50 photos from American life in the 19th century.)

By the turn of the century, some 30 companies were making autos, and by 1910 there were almost 500 entries in the field. The earliest gasoline-powered vehicles were basically little more than wagons with engines in place of horses (see, for example, Henry Ford’s Quadricycle from 1896, below). By the 1920s and ‘30s, however, the roads were filling up with stylish sedans and sporty convertibles and aerodynamically styled racers were speeding around oval tracks. There were even electric cars, well over a century before the first Tesla rolled off the assembly line.

There are plenty of beautiful examples being produced today, of course, in Asia and Europe as well as America, but the automobiles of the past have their own sense of style, and many of them deserve our admiration today.

With that in mind, 24/7 Tempo has collected 37 images of vintage cars of every kind. Some are everyday passenger vehicles; others are race cars or futuristic prototypes; some are pictured being serviced; some have met with fender-benders (or worse), but are still fun to see, even in their state of disrepair. (Accidents were common even when there weren’t very many cars on the road. Today, these are America’s worst cities to drive in.)

24/7 Tempo selected 37 images of vintage cars from the collections of the Library of Congress. In cases where information regarding make, model, or year of production was not supplied, that data was researched on several automotive sites, including Car Styling, Drive Tribe, and Unique Cars and Parts, as well as on dedicated sites for Mercedes-Benz, General Motors, and other companies.